John Ertl believes he shares some of the characteristics that made Michael Weiner one of the great labor leaders of his time.

“Its empathy is what it really boils down to,” Ertl said. “Being able to see one self and see the larger picture and understand the importance of fighting for something that’s worthwhile.”

One of five recipients of the Michael Weiner Scholarship for Labor Studies, Ertl, like Weiner, is driven by compassion for working people and a passion for advocating for their rights.

“It sounds like Michael Weiner kept with that ideal, he got the picture he understood it and he fought to help better the lives of his members and that’s my big passion too. I draw so much energy from the work because I understand the importance of it.”

Weiner was the Major League Baseball Players Association’s fifth executive director, serving the players with distinction from June 2009 through November 2013 when his life was cut short tragically by inoperable brain cancer.

Ertl, a Park Falls, Wisc. native, was the fourth of five children. Growing up his mother was a stay-at-home mom and his father was a unionized steelworker. His parents’ roles reversed when his father’s factory shut down and his mother received a union job with the state government.

Had it not been for his mother’s good-paying union job, his family would never had made it.

“From a young age I understood very well what the union difference meant for a family like mine,” Ertl said.

Ertl, who is currently working towards a Masters Degree in Labor Studies at the University of Massachusetts, also works full-time for the SEIU Healthcare 1199NE, volunteers with the Eagle Scouts and is a member of the Alumni Association and Board of Directors for of Cornell University’s School of Industrial and Labor Relations.

After graduation Ertl hopes to position himself where he can be most helpful for the labor movement.

“I just want to be used where I’ll be the most effective and biggest help, pure and simple,” Ertl said. “I want to work for a good, militant grassroots union that is actually making real changes for people who are struggling.”

To be eligible for the Michael Weiner Scholarship for Labor Studies, individuals must be Graduate or Law Students enrolled in accredited educational institutions in the United States or Canada and must have a demonstrated interest and aspire to a career working in the labor movement and on behalf of workers’ rights.

To receive an award, eligible candidates must meet a combination of criteria including a superior academic record, a demonstrated commitment to the labor movement, a strong recommendation from an academic or a labor/worker’s rights practitioner, and an excellent display of written and oral communication skills.

Preference also is given to those who can demonstrate financial need through the Free Application for Federal Student Aid (FAFSA) scores or otherwise.

The scholarship application for the 2016 Michael Weiner Scholarship for Labor Studies will be posted in June 2015, at http://playerstrust.org/programs/michael-weiner-scholarship-labor-studies/ 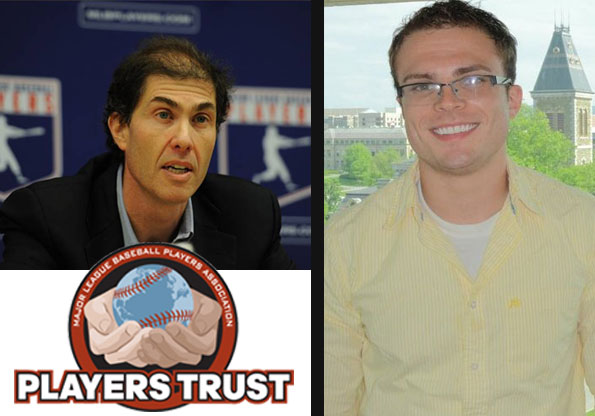