Pfizer, Partners Will Discuss “How to End a Plague” during SXSW Panel

“In your pocket, you have a tool that we have employed to map the world’s leading infectious cause of blindness.”
– Dr. Paul Emerson, Director of the International Trachoma Initiative at The Task Force for Global Health.

On Saturday, March 11, a group of experts will lead a panel at SXSW on how digital technology is helping the global fight to end trachoma, the world’s leading infectious cause of blindness. The panel, titled “How to End a Plague: Smartphones, Science & Partnerships,” will explore how a smartphone-based platform has become a critical weapon in the fight against this disease. The panel will also offer insights about how digital technology can be used to eliminate other diseases affecting people living in poverty by capturing and translating real-time data that can show where interventions are needed and help inform policy change.

The Atlanta-based Task Force for Global Health is working with partners, including Pfizer Inc., to eliminate trachoma as a public health problem by 2020. Their work draws on technology, advances in science and strategic partnerships to reach this goal.

Since 2011, the number of people at risk of trachoma has fallen dramatically from 325 million to around 185 million. Integral to the success of this effort has been the ability to track the prevalence of trachoma through a smartphone-based data platform that has been used in extensive surveys of more than 400,000 people in trachoma-endemic communities. Through this platform, trachoma elimination programs have been able to track trachoma prevalence and progress in eliminating the disease in real time. This information has been critical to informing program decisions, including donations of an antibiotic used to treat trachoma, and health policies.

The development and implementation of this smartphone-based platform has been led by a consortium of partners, including the International Trachoma Initiative (ITI) at The Task Force for Global Health, the World Health Organization (WHO), RTI International, and Sightsavers.

Julie Jenson, director of social investments for Pfizer Corporate Responsibility, will participate in the panel, which will be moderated by Dr. Paul Emerson, ITI director. Additional panelists include Beck Willis, ITI data and analytics team leader, and Oumer Shafi, Foege Fellow at the Emory University Rollins School of Public Health who previously worked on trachoma elimination in Ethiopia as a program manager within the Ministry of Health.

Hear from the additional panelists as they describe how important this technology is in the global fight to eliminate trachoma:

Julie Jenson, Pfizer: “We rely on the information gathered about the disease’s prevalence to help determine how much of our antibiotic is needed. We have been able to bring the donation program to scale because we now know where the disease is found.”

Beck Willis, Task Force for Global Health: “Before this smartphone-based system came along in 2012, we relied on paper surveys that were incredibly inefficient and we were often two steps behind the disease. Now we know virtually in real-time, down to the household level where the disease is found.”

Oumer Shafi, Emory University Rollins School of Public Health and former program manager, Ethiopia Ministry of Health: “One of the outcomes of the effort to map trachoma was that it influenced public policy in my home country of Ethiopia. Before mapping, we didn’t have a complete understanding of the scale of the disease in Ethiopia. But after the disease was mapped, our government couldn’t ignore that this disease was a significant public health problem. They had to take action at a national level.”

Learn about the global effort to eliminate trachoma at www.trachoma.org, and find out more about Pfizer’s commitment at http://www.pfizer.com/news/featured_stories/featured_stories_detail/tackling_trachoma 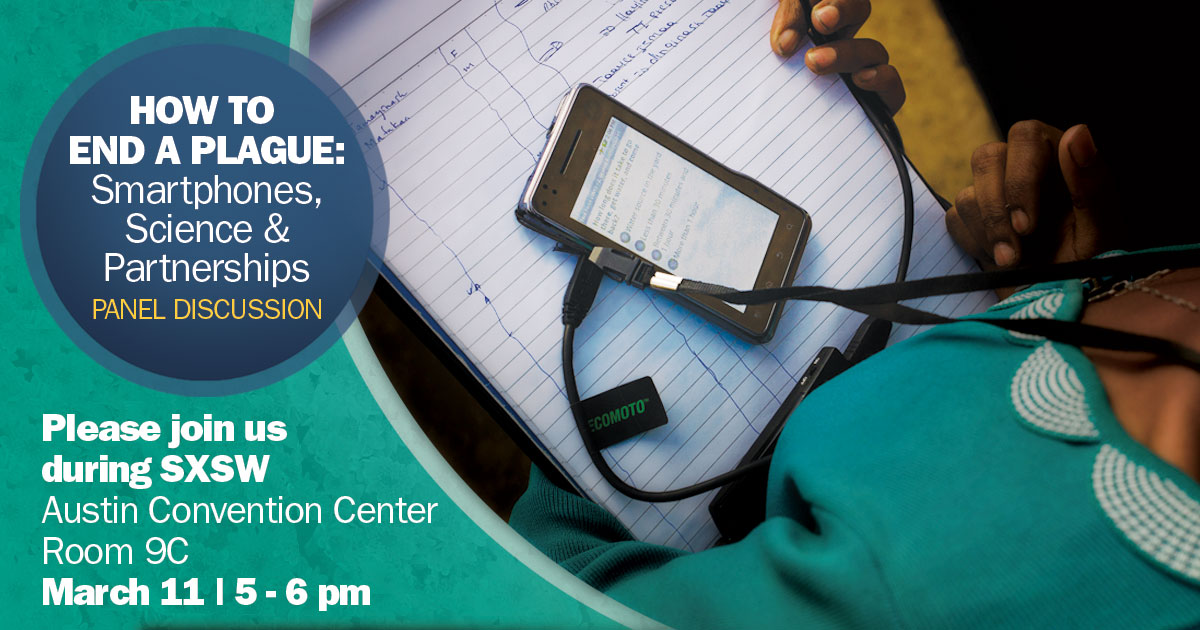