Play BIG: From Isolation Towards Integration

For six years, RSF Social Finance has been the primary organizational partner for Play BIG, an intimate annual convening I lead that espouses the idea of activating one’s “whole portfolio” to mission. Play BIG emerged from pioneering work that Carol Newell funded in British Columbia. It is designed for aspiring and experienced investor/ philanthropists who have many millions in discretionary wealth, recognize the dire planetary situation, and want to direct their money toward solutions.

My current work with wealth-holders derives from both my personal experience with inherited money, and from a fortuitous introduction to the Threshold Foundation 25 years ago.

My family of origin was both wealthy and purpose-driven, though there was never conversation about how these two fundamental features were related. My parents, both East Coast inheritors, were inspired by the likes of Dorothy Day and the Catholic Worker movement. Pop became an Episcopal priest and, together with his growing family, moved to a multi-racial slum parish in Jersey City. We resided there from 1949 until 1957 with the intent to be of service to the people who lived in the neighborhood. Our experience in Jersey City informed the core of our family’s social and racial justice activism. Those values shaped my formative years, ages 7-17, when we lived in Washington, D.C. We marched for civil rights and for peace. At 14, I was arrested at the Pentagon in an action led by Father Malcolm Boyd, a family friend. I was raised to be an activist.

While I always knew we were wealthy, I also received the implicit message that it was something best to hide. The visits to my grandmother’s enormous mansion in New Jersey or our summers on thousands of acres of family-owned land in the Adirondacks were anomalies, and mostly not seen by our friends and neighbors.

When I was 21, without warning or guidance, I was sent to Bankers Trust to learn about my trust fund. There was no conversation about how this money might integrate—or clash—with our family’s values. No conversation about how it would challenge my relationships or how to navigate my way through. I now see this separation between money and values as the basis for the work I have chosen. When I was 32, I found my way to the Threshold Foundation, where I met a whole community of people—including Play BIG co-founder Carol Newell—who were working to integrate their social activism and their wealth.

Last month, I attended Bioneers and participated on a panel with three others who, like me, had inherited money and are now engaged in the field of social change via philanthropy and investing. I was invited to tell my personal money story, and how it has informed Play BIG.

When I recounted my tale at Bioneers, it hit a chord among those gathered. At the panel’s end, throngs rushed the stage to make contact with me and my fellow panelists. Some were grant-seekers, visibly relieved and enlivened by this refreshing perspective about money coming from people born into wealth. Others had that look of quiet isolation experienced by many wealthy people. “I need to talk to you,” two different women confided.

This isolation is a real thing and has multiple causes and consequences. Many people of wealth are objectified by others in their community as a source of money. Given that, most wealthy people rarely discuss the details of their investment portfolio with anyone but their investment advisors. The vast majority of investment advisors have neither the training nor the business model to encourage exploration of truly solutions-driven investing. This is at the root of why spaces like Threshold and Play BIG are important to social change as they help foster a new story for money.

Ten years ago, Carol Newell and I hosted the first Play BIG convening at a time when the notion of using more than philanthropic dollars toward mission—which Carol was doing in British Columbia—was at the fringe of the fringe. Today, the investing part of one’s mission-aligned portfolio, now popularly known as “impact investing,” is hitting the mainstream. This year at SOCAP15, a leading social finance conference, I was among 2,700 entrepreneurs and investors gathered, a fivefold increase of attendees in just a few years.

What does this expansion of the field mean for us at Play BIG? Now that impact investing is going mainstream, we think Play BIG’s role as a perspective-shifting initiative changes. The acceleration of vexing problems—climate change, natural resource depletion, and social inequity—compels us to seek the next edge; where our understanding of the extraordinary potential for people of wealth to chart new territory can be most valuable. We think it’s time to move beyond the idea that investing toward mission needs to provide market-rate returns. Rather, we need to focus on the whole continuum, from philanthropy (i.e. 100% financial loss) to market returns.

RSF Social Finance is an exemplary pioneer in this realm of what we call “Integrated Capital,” the coordinated use of different forms of capital—grants, equity investments, loans, loan guarantees, and other structures—in support of social entrepreneurship and community wealth building. After running a successful pilot in the RSF Local Initiatives Fund, RSF is expanding its Integrated Capital approach with the launch of 4 new funds focused on soil health, biodynamics, fair trade supply chains, and women’s leadership.

Having RSF as an organizational partner who embodies these values while consciously flowing money to culture-changing organizations provides Play BIG with practical, action-oriented grounding that adds meaning and value to the fulfillment of our mission.

A Place for Change

Play BIG offers an alternative environment where we recognize the unique human experience of those gathered, and invite them to consider who they are and who they want to become. How do they see the world around them? What do they want to see change or grow? What role do they want their money and themselves to play in making that vision real?

We have found that if we affirm each human being’s own values and vision—and provide them with perspective, connections, resources and opportunities to activate their wealth from that place—we have a good shot at stimulating meaningful change. 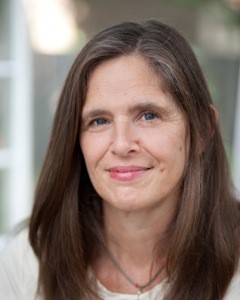