Regenerative Qualities of the Circle of Aunts and Uncles

The Circle of Aunts and Uncles is a group of 35 friends in the Greater Philadelphia area who have come together to invest in relationship- and place-building by providing low-interest loans and a network of social capital to worthy, under-resourced entrepreneurs in their city.  As the Circle’s founder Judy Wicks, former owner of Philadelphia’s legendary White Dog Café and author of Good Morning, Beautiful Business, explains, the Circle’s goal is to co-create, the “diverse, inclusive, and joyful community that we all want to live in.”

​It is Judy's fervent hope that the Philadelphia Circle will catalyze a nationwide, and perhaps one day a global, network of local independent groups of Aunts and Uncles supporting Nephews and Nieces, all committed to building vibrant local economies.

The Circle of Aunts and Uncles goal is a simple one: to fund businesses that fill basic, local needs, thus building community self-reliance.  Since its founding in June 2015, the Circle has extended eight loans totaling $51, 250.  These friends turned collaborators have provided support to “Nieces” like Hanifah Samad, the owner of fashion boutique Fason De Viv, who, in November 2015 received a $2500 loan from the Circle and in August 2016 an additional loan of $9,500 to increase inventory. Hanifah designs some of her own clothing and also sells the work of other local designers.

​“Nephew” Pete Merzbacher is the owner of Philly Bread. He bakes his bread from heritage grains grown locally, and has been a nephew for over a year.  While Pete has yet to receive a loan from the Circle, the group has been providing him with an abundance of social capital. He recently applied for a $2500 loan for equipment, which will likely be approved soon.

While the Aunts and Uncles favor businesses that produce locally for local consumption, they also consider those that import products that are not available locally, with the proviso that they are fair-trade-sourced.  For example, Kenneth Okugbeni, founder of Lafiya Foods, has applied for a loan from the Circle to secure organic certification for the fair trade coconut oil he imports from Africa. The Circle will also consider funding entrepreneurs who produce for export if the good or service is one the local community already has in abundance but other communities might need.  ​

​Over the long-term, the Circle seeks to nurture sustainable growth and facilitate exit strategies that ensure ownership remains local.  It's looking for entrepreneurs who are not interested in growing their businesses for eventual sale to a large corporation. “We need many business owners in this city, not a concentration of ownership in large corporations,” Judy explains. “We need human-scale businesses where relationships can flourish.  If a local business contemplates a sale, we want it to be to employees, a family member, or another local entrepreneur.”

To be considered for a loan, entrepreneurs must be the majority owner of their business, a US or naturalized citizen, or a resident alien, and over 21 years of age, been in business and generated revenues for at least 6 months, and must maintain a separate business bank account. Entrepreneurs in marginalized communities and/or who have no access to funding from “friends and family” are especially sought after.​

Would-be borrowers are required to fill out a short, initial intake form.  If that passes muster with Circle members, they are invited to complete a longer application. Two entrepreneurs are then selected to present before each Circle gathering, which takes place three times a year.  Although these meetings begin with more or less traditional “pitches” by the entrepreneur, they don’t take place in a formal office setting. Instead the entrepreneur is encircled by Aunts and Uncles, if weather permits, after a hearty, shared potluck supper in a member’s backyard.

​It’s Judy’s belief that the masculine attributes of efficiency and structure should always be part of any investment strategy.  But at the same time, she maintains, our financial and economic systems have failed to balance those with feminine, nurturing qualities.

So, while not every aspiring borrower receives immediate financial support—loans are extended in amounts up to $12,000 at an interest rate of 3 percent for 3 to 5 years—he or she invariably immediately receives social capital from Circle members.  “We always  ‘accept’ them, even if we don’t make a loan right away,” Judy explains. “A sub-circle of Aunts and Uncles will then focus on that entrepreneur. Four to six sign up and meet separately with them, to get to know them and the nitty-gritty of what they need.”​

While many Aunts and Uncles have little business experience, all bring their unique expertise, connections, and passion to the support system of the Circle. For example, when Pete Merzbacher of Philly Bread said he needed help identifying more farmers who produce heritage grains, one of the Aunts helped him make that connection. An Uncle who knew someone in the restaurant business facilitated an introduction to Pete, and the business subsequently became a regular Philly Bread customer.

When Hanifah Samad of Fason De Viv was looking for a mentor, an Aunt introduced her to a local boutique owner, Ann Ritter, who had been going strong since the 1960s. The Circle also threw a wine and cheese crowd-shopping party to help Hanifah clear her spring inventory and yield her biggest sales day ever. Yet another Aunt connected Hanifah with a Nephew who makes carry-all bags from recycled canvas. His bags are now a popular item at Fason De Viv.  A woman entrepreneur who cans preserves was unsure whether a loan from the Circle to purchase equipment was likely to move her business into the black.  She was introduced by the Circle to an accountant willing to undertake that financial analysis for her on a pro bono basis.

The Circle is itself supported by eight seasoned advisors who are executive directors of local not for profits, among them The Enterprise Center, Entrepreneur Works, and the Women’s Opportunities Resource Center. These provide consulting services and help field potential borrowers. Kiva Zip’s local chapter also refers entrepreneurs.  ​

The Enterprise Center provides an additional service, administering the Circle’s funding operations. Aunts and Uncles make their contributions to the Center and it performs loan closings and collects all loan payments electronically. Although Circle members had initially anticipated receiving interest on the loans they extended, they quickly decided to leave the paid-in interest in the loan fund to help cover possible defaults and to free up additional funding to more nieces and nephews.

Rather than expand, the Circle members have decided to keep the group small and firmly rooted in the neighborhoods of Philadelphia. Judy reports that a Circle will soon be forming in another Pennsylvania community and that a primer for starting up a Circle is in the works for next year. “We are not interested in growing our organization outside of our city,” Judy asserts. “Instead we want to share our model with other communities. We are spawning other Circles. We want to keep it personal and local. That is the nature of this work.”

Judy's Vision of a Global Economy

My vision is of a global economy comprised of a network of sustainable and just local economies that are self-reliant in basic needs:  food, shelter, clothing, and energy. We will trade what we have in excess and also what is unique within our local economy. Everyone wants to try a cheese, a wine, or a fashion from somewhere else. That diversity is something that is exciting about life. We will import what we cannot produce—coffee, bananas, etc.  But we won’t have this nonsense we now have of large corporations shipping large quantities of goods around the world unnecessarily, burning all those carbons and crowding out local producers. Ultimately, it’s about building a peace economy. If we create local self-reliance in food, water, and energy around the world that is the basis for world peace; we won’t have to fight over these things as we have in the past. ​

At The White Dog Cafe, I began building a network of local farm suppliers back in the 80’s. What woke me up to a global vision was the battle of Seattle in 1999.  I was a small business owner at the time, with my nose to the grindstone. But my daughter went to Seattle and I began to see what was going on there.  This wasn't a protest against globalization; it was against big corporate control. I began to think, we can’t just have all the young people protesting against what we don't want. We need to create an alternative that young people and others can put positive energy into building.

That is why I started BALLE in 2001. I could see that the iconic companies of responsible business at the time— Ben and Jerry’s, Body Shop, Tom’s of Maine, StoneyField Farm, Honest Tea—were all being sold to large multi-nationals, further concentrating wealth. The fact that they got big once helped them to be teachers to many entrepreneurs around the world about responsible practices, such as paying a living wage and using organic ingredients.  It was important they grew big in that era. But times have changed.  To address inequality, we need more owners, not fewer. Decentralizing production of our basic needs provides the opportunity to spread ownership broadly and build community wealth.

We now know about climate change and the need to limit the carbons of long distance shipping.  Rather than shipping ice cream, yogurt, tea, soap and other goods across the country, we can manufacture these products locally, and that’s already happening in more and more communities.  Some places have multiple dairy manufacturers, bottlers, and local soap makers. Its important that we build local self-reliance to prepare our communities for the disruption that climate change will inevitably bring. 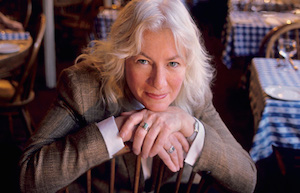 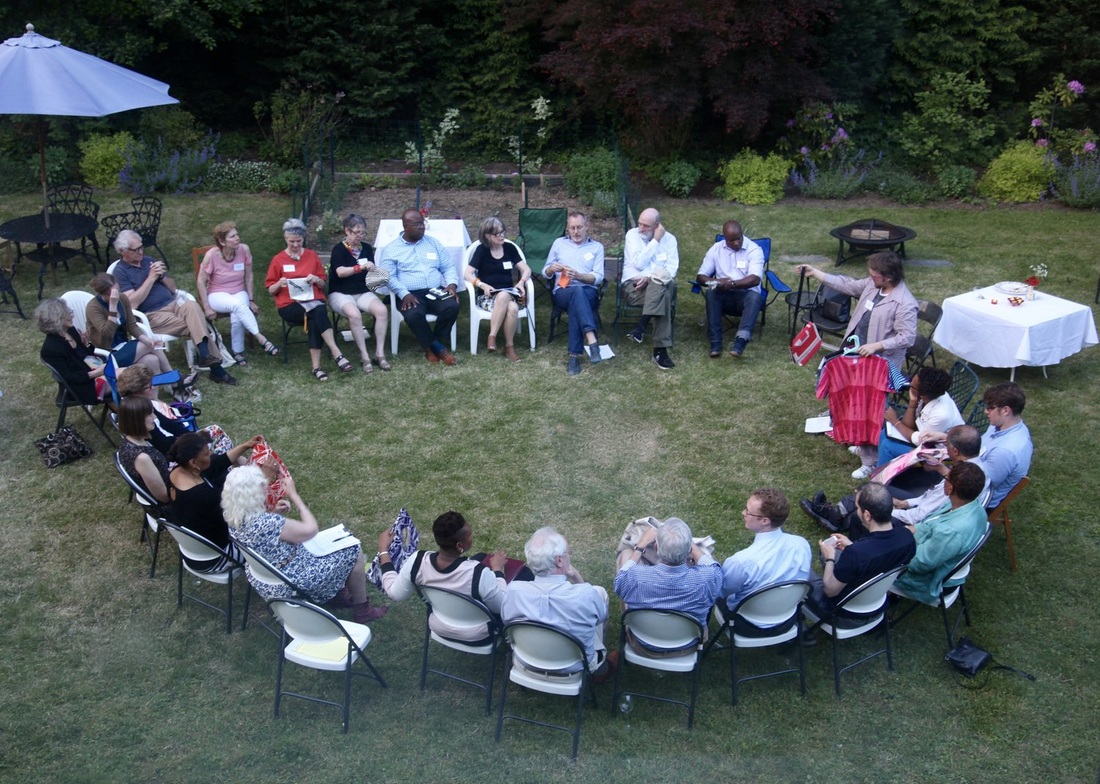 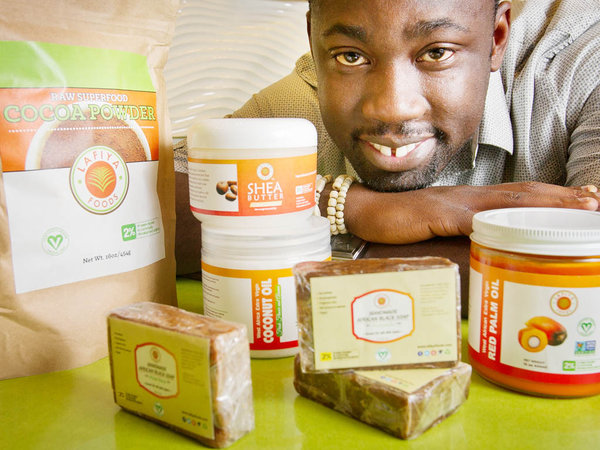