Feb 1, 2013 11:00 AM ET
Tweet This:
Thinking of running your 1st 50K? Get some advice from the pros http://3bl.me/a5qysg #TheNorthFace
Article
Run Your First Ultra Marathon

Thinking about doing your first 50-K? Here’s what the pros have to say.

It’s the start of a new year, and maybe you’ve always wanted to do an ultramarathon. If you’re a road marathoner, the jump won’t be all that much—an “ultra” is anything longer than 26.2 miles. The popular distance of 50-K—31 miles—run on trail, can actually be easier on your body than a road marathon, thanks to the softer surface under foot and the varied terrain recruiting different muscles, and paces, than a straight road race. And even if you’ve only run a road half-marathon, or a shorter distance race, an ultra can be a more achievable goal than you may think.

For tips on how to train for your first 50-K, read this story (“Training for a 50-K Ultramarathon”) and keep an eye out here for more tips.

We asked now-sponsored ultrarunners about their first race experiences and to give recommendations on good 50-Ks to consider making your first. Here’s what they have to say:

Geoff Roes, Montrail/Mountain Hardwear-sponsored runner
2010 Western States 100 winner
“My fist ultra was the Little Su 50-K, a winter race in Alaska. It went about the way things tend to go: really good up until the point beyond the furthest I had ever run before that (about mile 22). From that point to the finish I was lucky if I was running sub 15-minute miles. When I finished I thought for certain that I would never do that again, but by the next day I was already trying to plan my next ultra.”

Try this:
“The Chuckanut 50-K is a great introduction to every type of trail running. You have perfectly smooth bike path, you have gnarly singletrack, and moderate double track. There are some really tough climbs, but there are also some long, very flat stretches. All these factors make it perfect for a first-time 50-K.”
Chukanut 50-K: March 16, 2013/March TBD, 2014; Fairhaven, Washington

Liza Howard, New Balance Ambassador/sponsored runner
2011 USATF 100K champion, 2010 Leadville Trail 100 winner
“My first ultra was the Zane Grey 50-K. I had no idea what to expect from the race or from myself. I was shocked when everybody I was running with stopped to hike at the first hill we came to. The aid station volunteers were wonderfully helpful and I really loved every minute of it—even when the sole of my running shoe flew off in the last few miles. I ended up placing in the women's field, which was very exciting. I think I was 5th—and that maybe there were only 5 women in the race.”

Try this:
“There is a 50-K at Huntsville State Park in Texas called Rocky Raccoon (unaffiliated with the Rocky Raccoon 100 in the same location in February). Huntsville's trails are gentle and allow a first-time 50-K runner to focus on completing the distance. The race is two 25-K loops, which make logistics easy as well. That said, I think a hilly and technical 50-K can be a good one to start with, too. The terrain keeps you from going out too fast and potentially blowing up. The Bandera 50-K in Bandera, Texas, in January keeps you running at a reasonable and safe pace.”
Rocky Racoon 50-K: November TBD, Huntsville, Texas
Bandera 50-K: January, 2014; Bandera, Texas

Dakota Jones, Montrail/Mountain Hardwear-sponsored runner
Lake Sonoma 50M winner, Pocatello 50M winner, Moab’s Red Hot 50M winner
“My first ultra was the Ultimate XC 50-K in Moab, which they don't hold anymore. It was run on basically the same course as the Moab Trail Marathon is run now, which is super cool. You get to run through all these super-sweet canyons and on trails that you would never know about otherwise. I had trained like a maniac for it and totally expected to blow up, but I ended up running pretty smart. I was overly conservative in the start and managed to squeeze out a third place at the end. It was a good experience.”

Try this:
“The Red Hot 50-K in Moab is a good first ultra. It's not super difficult, but it is, by all means, a technical trail race. It is well-organized and the course is beautiful. Keep in mind, however, that running in Moab is like nowhere else, so it's not an exact representation of how all ultras are. But that's the great thing about mountain running—every course is different.”
Moab’s Red Hot 50-K: February 16, 2013; Moab, Utah

Neal Gorman, Salomon-sponsored runner
2011 Grand-Slam of Ultrarunning winner and record-holder
“My first ultra was the Bel Monte 50-Mile in Shernado, Virginia, in March 2008. It went terrible. But it was during this race that I realized I am no quitter, and for that reason alone I have always considered my 14th-place finish at the race a huge success.”

Try this:
“On the east coast, in Virginia to be more specific, the Holiday Lake 50-K each February offers first-timers a safe, quality introduction to ultrarunning. The course is flat and scenic and consists of two loops, just in case one needs to drop. The race is also popular with a broad mix of seasoned ultrarunners and newbies so there are plenty of people to meet and learn from for the next ultra. And after running Holiday Lake, and meeting David Horton, it's eccentric Race Director, there will definitely be a next ultra.”
Holiday Lake 50-K: February 9, 2013/2014 date TBD; Holiday Lake, Virginia

Mike Foote (pictured), The North Face-sponsored runner
First American at the Ultra Trail du Mont Blanc two years in a row, 3rd overall in 2012
“My first ultra was the Old Gabe 50-K in Bozeman, Montana. It has 12,000 feet of climbing and I only decided to do it just two days before the race. I got lost following elk trails for 3.5 miles, but managed to finish because I was so terrified I would never run an ultra again if I didn’t complete my first!”

Try this:
“You want an event with good support and is well organized. Also, pick a course that excites and inspires you. I’d recommend the Bighorn 50-K. You have good support, and the Bighorn Mountains have a wild feel to them. It’s a classic, low-key mountain run which ends lower than it starts. Always a good thing! Chuckanut is a great first 50, too!”
Bighorn Mountain Wild and Scenic Trail Run 50-K: June 14, 2013; Sheridan, Wyoming

Krissy Moehl, Patagonia Ambassador/sponsored runner
Women’s course record holder for the Ultra Trail du Mont Blanc, Hardrock 100 and HURT 100-M winner
“The Chuckanut 50-K was my first ultra in 2000. After months of training with the Scotts (Jurek and McCoubrey), I signed up for the race with their encouragement. I ran nearly the whole race with McCoubrey and Uli Steidl. I remember being up on the ridge with the wind and the sideways rain and saying to those guys, ‘I can't imagine any place I would rather be right now!’ I'd made the decision to work and not continue on the University of Washington cross country and track teams for my senior year and fortunately found my place on the trails. It went well, in spite of a tight IT Band, and I am now looking at race directing the 11th year of the same race.” 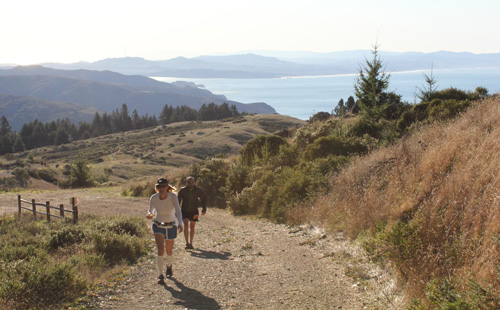 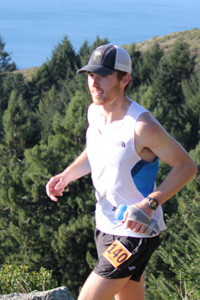 More from The North Face