An airplane’s tail is unmistakable: elegant, large and often hulking. But what if reducing its size could lead to more efficient air travel?

A series of tests that concluded last month on the ecoDemonstrator 757 are trying to answer that question.

“That’s the coolest part — there really is potential for this to make a big impact on our products,” said Ed Whalen, a project manager with Boeing Research & Technology. “There could be a significant change to the airplane design due to this technology, and we’re actually demonstrating it.”

The tests are the result of years of collaborative work involving Boeing and NASA’s Environmentally Responsible Aviation Project. With the exception of Boeing proprietary technology, NASA knowledge gained in collaboration with Boeing from ecoDemonstrator research will be available for public benefit.

The tests, focused on a technology called active flow control, are being conducted as part of the Boeing ecoDemonstrator program. The program tests and accelerates technologies that improve aviation’s environmental performance by reducing fuel use, carbon emissions and noise.

In April, six ecoDemonstrator 757 flights tested active flow control, a technology that could result in a tail that is 17 percent smaller, according to program officials. This would reduce drag by about 0.5 percent and would also reduce the tail’s weight, both of which cut an airplane’s fuel use and carbon emissions.

The technology tests the theory that energizing the airflow over the rudder using small jets of air will increase its efficiency and that a smaller rudder may be just as effective as a larger one in the future if an airplane is using this airflow system.

An airplane’s vertical tail is used to steer the plane, especially during takeoff, landing and in the rare event of an engine failure. When it is working hard in these situations, air flows over the tail but is not able to flow along the surface when the tail or rudder angle becomes too steep, causing the air to separate. This results in drag and less side force for directional control. A significantly smaller tail is sufficient to provide stability and control when the airplane is cruising.

“You’re always paying the drag and weight penalty for that structure to be on the airplane,” Whalen said. “With active flow control, the idea is you could physically make the tail smaller and still get the same performance as a larger tail.”

Active flow control is testing whether it can prevent the air from separating, creating less drag, more lift and a more efficient ride.

The technology, installed on the right side of the tail, consists of a unique airflow system developed by Boeing and NASA. It uses an auxiliary power unit to force air to be swept up and down the side of the tail and over the rudder.. This prevents degraded performance, or air separation, at high rudder deflections.

The system may not be practical for an airplane in service, but tests performed at different altitudes and flight conditions successfully demonstrated the basic concept. Boeing and NASA will study voluminous data to determine next steps and the technology’s future viability.

In addition to this application, active flow control is being studied for several other applications, including high-lift systems, rotor blades and inlets. 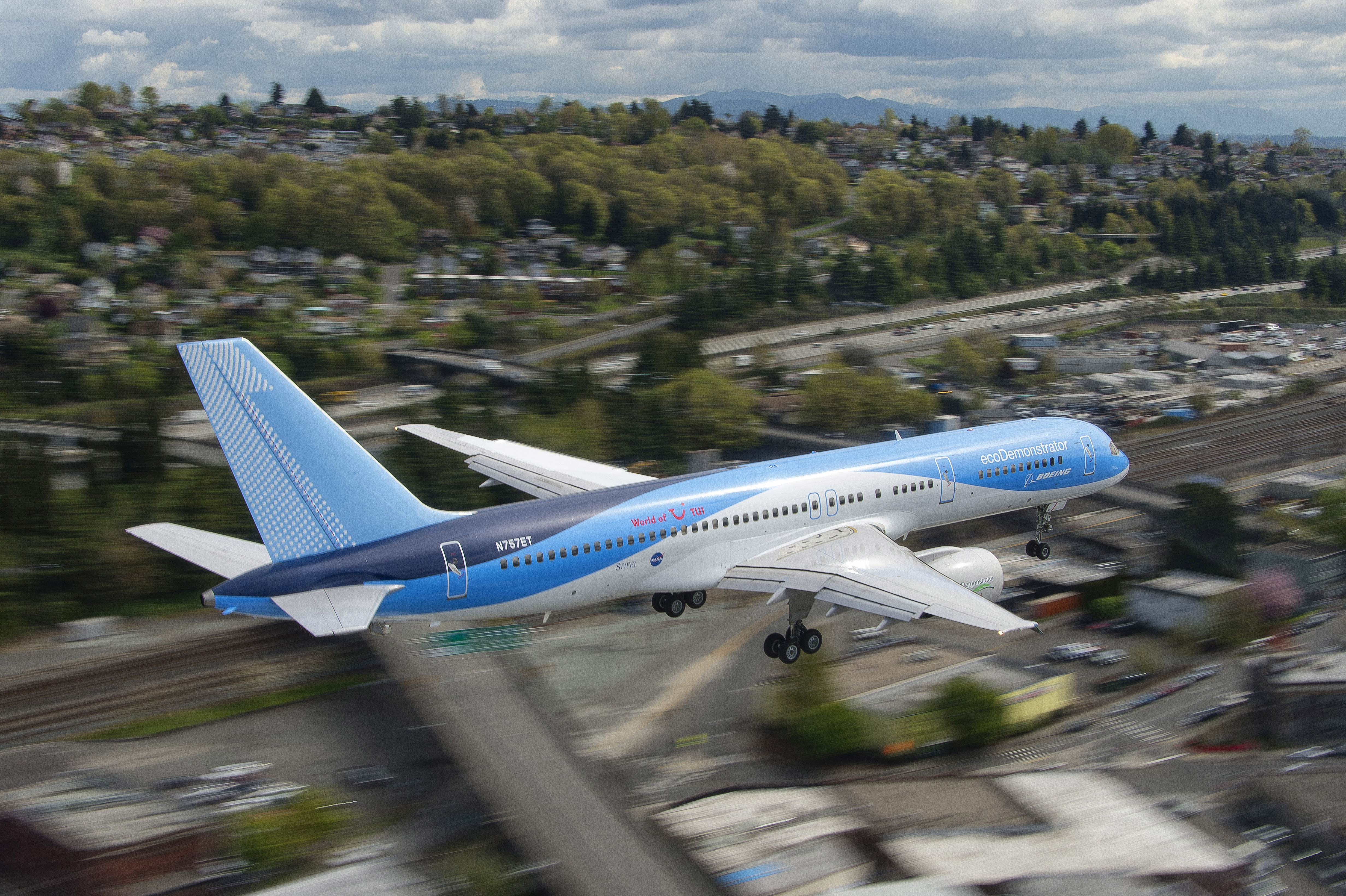