The Behavioral Benefits of Values-based Investing

New article and Video by Dr. Daniel Crosby, President of Nocturne Capital and the New York Times bestselling author of The Laws of Wealth.

I am a son of the American South and a student of her often troubled history. A native Alabaman, I now live in Atlanta and only recently became aware of an instance where Coca-Cola used corporate power to do social good in the Civil Rights Era. In 1964, Dr. Martin Luther King Jr. had just been awarded the Nobel Peace Prize and the city of Atlanta was preparing a formal dinner befitting of this great honor. Invitations went out to the city’s elites but almost no one responded. Worried, Atlanta Mayor Ivan Allen expressed his concerns to Robert Woodruff, the former president of the soft drink giant and still one of the most powerful people in town. Woodruff acted swiftly and the Coca-Cola Company sent the following message to the movers and shakers of Atlanta:

“It is embarrassing for Coca-Cola to be located in a city that refuses to honor its Nobel Prize winner. We are an international business. The Coca-Cola Co. does not need Atlanta. You all need to decide whether Atlanta needs the Coca-Cola Co.” Tickets to the dinner sold out within two hours.

This, as we commonly understand it, is the benefit of values-based investing; we invest in companies that operate in accordance with our values and it makes the world a better place. This value is well understood and undeniable, but it masks a less-recognized truism: I believe that values-based investing can actually help us make better investment decisions.

While most investors assume that externalities like Fed moves, market volatility and (sigh) the Presidential election are the best predictors of whether or not they will reach their financial goals, the research is unequivocal you (yes, YOU) control what matters most – your behavior. Decisions like dollar cost averaging, staying the course and managing fees are far better predictors of crossing the financial finish line than the aforementioned externalities, but the unsexy nature of this truth means that it is widely ignored.

“Over the past 30 years ending in 2013, the S&P 500 had an annual total return of 11.1 percent, while the average stock mutual fund investor earned only 3.69 percent. Around 1.4 percent of this underperformance was due to mutual fund expenses. Investors making poor timing decisions accounted for much of the remaining 6 percent of annual underperformance.”

This “behavior gap” is so meaningful that many investors are taking risk only to fail to keep up with inflation! This realization has spawned numerous books (The Laws of Wealth by Dr. Daniel Crosby is available at fine booksellers everywhere!), countless conference speeches and has resulted in two Nobel prizes to date. But for all of the attention that bad investor behavior gets, it remains fairly recalcitrant to intervention. Educators teach, advisors cajole but following fearful and greedy impulses is a hard habit to break. After all, obesity has risen dramatically since nutrition labels became commonplace in the 1990s. Even when we know we’re not acting in our best interest, being irrational can be so delicious.

The Power of Personalization

Education has tended to fall short of producing the desired behavioral results partially because it occurs on the periphery. With the exception of the much more effective, “just in time” behavioral coaching, education occurs in a cool, rational moment that has little power over a fearful mind in the throes of market volatility. Perhaps that is why there is some evidence that embedded solutions have greater potential influence. Specifically, when a portfolio is comprised of holdings that the investor finds more personally meaningful, it seems possible that this would have the impact of positively shaping behavior.

George Loewenstein had this to say about labeling investment “buckets” according to the actual life purpose they are meant to meet:

“The process of mentally bucketing money in multiple accounts is often combined with earmarking the accounts for specific goals. While it seems like an inconsequential process, earmarking can have a dramatic effect on retirement saving. Cheema and Soman (2009) found that earmarking savings in an envelope labeled with a picture of a couple’s children nearly doubled the savings rate of very low income parents.”

As the buckets of money became less abstract and more personally meaningful, behavior is changed and improved.

Read the rest of his article with a variety of Solutions and a video of one of Dr. Crosby's talk at-  www.greenmoneyjournal.com/february-2017/the-behavioral-benefits-of-values-based-investing 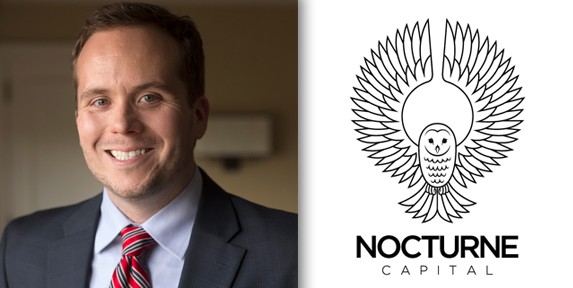