The Conundrum of Women and Investing

By Amy Domini, founder of Domini Social Investments and partner in The Sustainability Group

As I was working on this article, the old Buffalo Springfield lyrics kept buzzing through my mind. “There's something happening here; what it is ain't exactly clear.” The more I looked at actual research about women as investors, both as investment managers and as persons making decisions about how and where to entrust their savings, a conundrum became apparent. Women are good investors, better than men, but women are not trusted to run portfolios.

I start with some of the better-known studies. June 2015 Morningstar published a research report surveying mutual fund managers by gender. Their findings seem pretty stark. Less than 10 percent of all U.S. fund managers were found to be women. If you count the dollars rather than the people, the results are even more dramatic. Women run about two percent of the industry’s assets. This offers fairly conclusive evidence that women are not participating at high levels in the investment fund management industry.

One clue into why that may be is a study of behavioral scientists that attempted to see whether there was a prejudice against investing into mutual funds run by women. April 2011 Alexandra Niesen-Ruenzi and Stefan Ruenzi of the University of Mannheim, published the results of their study, Sex Matters: Gender and Prejudice in the Mutual Fund Industry. Their conclusion was that customer discrimination as to gender does exist. They argue that the discrimination is what led to those funds which are run by women experiencing fewer fund flows to them, even though they found no difference in performance. Male-managed funds saw, on average, 15.6 percent higher flows.

They argue that the reason the money in mutual funds run by women (an average fund size of $573 million in this study) is less than the money in mutual funds run by men (an average fund size of $711 million) is that the funds run by women fail to attract assets. The above study attributes this to prejudice and presumptions that women will deliver a lower rate of performance. The scholars found no performance differential and no other reason for investor behavior. They even found that an S&P 500 index fund run by a woman would experience lesser fund flows than one run by a man.

Now we look at the investors themselves. The Investment Company Institute is the trade organization for mutual fund management companies. ICI publishes research into every aspect of the fund. In their recent, Equity Ownership in America, they surveyed mutual fund owners and those that purchased stocks directly. The characteristics tell us that household investment decisions are generally jointly made. Fifty-four percent of the decisions as to what to invest in are made between a male and a female acting together. Twenty-five percent of the time it is a male acting alone and 20 percent of the time it is a female.

I cannot know the dynamics of the jointly made decisions, but if you narrow the field to just those you know the gender of, 20/25 or 44.4 percent of deciders are female and 55.6 percent are male. From the above Mannheim study, we know that neither males nor females prefer female managers, but since male and female asset managers perform equally well, Mannheim does not tell us whether the household with the female decider does as well as the household with the male decider.

For gender-defined investor savvy, we turn to behavioral economics. In 2001 Brad M. Barber and Terrance Odean, studied the difference between male and female amateur investors. Their study, Boys Will Be Boys: Gender, Overconfidence and Common Stock Investment, found that men take on more risk and save less money. Men trade almost one and a half times more frequently than women. They are less likely to research investments and more likely to act on a tip. Over the course of a seven-year period, the study found that a female investor acting alone outperformed a male counterpart by 2.3 percent. When women invested together in a club, they outperformed the male-only investor clubs by 4.6 percent.

So here’s a conundrum. Given that women save more and invest better, why is the male the decider of where most households invest? And why, given that male and female asset managers manage equally well, do investors prefer a male at the helm?

For me this is more than simply idle curiosity. Domini Social Investments ( www.domini.com ), the management company I founded, is majority owned by women. Additionally, four of our top six officers are female. 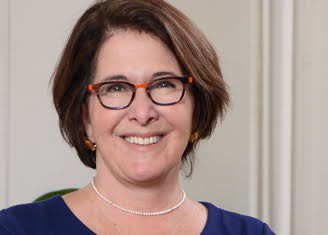