Views on the Power of Making and Receiving Gifts
Jul 2, 2015 10:10 AM ET
Tweet This:
How has a gift been transformative in your life? @FundingChange @stephanierearic @CapInstitute @rajasvini #gift http://bit.ly/1HkBj9Y
Article
Reimagine Money Blog

This article was originally published in the Spring 2015 RSF Quarterly.

Last year, a group of RSF staff studied “The Gift” by Lewis Hyde. It was a lively and deeply moving experience for us, and it was instrumental in supporting an exploration of gift in our lives, our work, and our economy. Here is one example: “A lively culture will have transformative gifts as a general feature—it will have groups like AA which address specific problems, it will have methods of passing knowledge from old to young, it will have spiritual teachings available at all levels of maturation and for the birth of the spiritual self. And it will have artists whose creations are gifts for the transformation of the race.”

In 1990 or so, when I was 21 years old, I recorded a piano and voice version of a poem I’d written for Jon, whom I had just fallen completely in love with. I wanted to make a very special gift and, since I played piano but never sang or wrote songs, recording a song was a big leap and very illustrative of the fact that I was casting aside any kind of self-consciousness or inhibition.

A couple years later, Jon got me to start a band with him and our two best friends, David and Jenny. By default I was the songwriter and singer, just because I was the only one who already knew how to play my instrument and, at least in theory, had an idea how to write songs and sing on key.

So the push to create the band was the gift that I received that was most transformative. Music was always important to me but I’d never had the confidence to perform. Having to do it to make things work for my friends and loved ones catapulted me into a whole new realm. Now, writing and performing music is my very most favorite thing to do in the world.

John Fullerton, Founder & President, Capital Institute
The most transformational gift I ever gave and received is the same. It was a gift I gave to myself after retiring from my Wall Street career: time.

Rajasvini Bhansali, Executive Director, IDEX
The most transformational gift I ever gave was my time and attention to my ailing parents. I had to make the difficult decision to take two months to work from India while helping my mother recuperate from knee replacement surgery. During this time, my father was also struggling with health concerns. While my impulse as a fairly new Executive Director of a non-profit was to offer many reasons why this would be impossible, my decision to go ahead and work from India during that period was supported by my board. In fact, it helped me activate my support systems as well as start to plan for other leaders in the organization to step into my role. When it comes to aging and disabled parents, there is no other heartfelt gift as important as the gift of one’s unencumbered attention. Yes, it did mean that I would spend all day in hospitals and doctor’s appointments and work late into the evening to align with time zones. But when I look back on that time, I can’t even remember being tired! Instead what I recall is a great sense of calm and gratitude to all those who made it possible for me to be available to my loved ones in their time of need.

As for the most transformational gift I ever received, when I started as IDEX’s Executive Director, I was really startled to discover that we were raising little to no multi-year operating support. In the midst of relative uncertainty but an exciting growth period, two of our funders and many of our individual donors made a two-year general support commitment which allowed us to cover our operating costs so that we could grow, blossom, innovate, course correct and take some smart risks. This has allowed IDEX to emerge from the financial recession as a strong, stable and innovative, people-first organization. It has allowed me as a leader to keep my values and the values of IDEX at the core of all our strategies. This gift truly generated a personal, organizational, and movement level resilience that is transformative for our entire sector!

Jason Franklin, Executive Director, Bolder Giving
I gave my most transformational gift at the age of 11. I ran a lemonade stand all summer with three friends, and we were very industrious entrepreneurs. We sold coffee and donuts in the morning and sandwiches and lemonade in the afternoon. At the end of the summer we had almost $500 each—it was pure profit because our parents provided the supplies—and my mother sat me down and suggested I give some of the money away to others in need. I ended up giving half to my school for a scholarship fund. It was the first moment where I really saw myself as having the ability to give and to help others. It reframed the kind of options available for what you do when you have resources and it was essentially an early stepping stone in my career.

The most transformational gift I ever received was from my parents—how they reinforced the expectation of possibility in my life. The constant refrain from my parents to all three of us, my brother, sister and I, was you can be whatever you want to be. And not only did they say it, but they backed it up in their actions. For example, when I was nine or ten years old, I decided I was going to be a marine biologist. I ended up taking marine biology courses all summer and going out on science boats and tagging along. They spent hours finding the best opportunities for me. And they did this with everything I was interested in, giving me the sense that if I wanted to do something, it could happen. Part of this is a legacy of class privilege, but part of it was just the incredible kind of energy and caring from my parents who were so intent on making that happen. 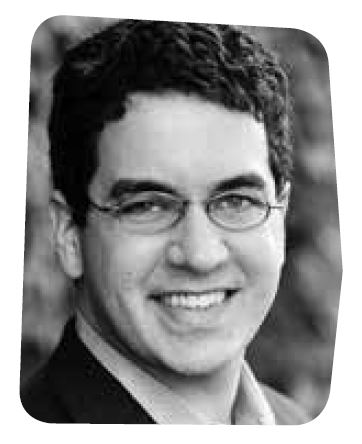 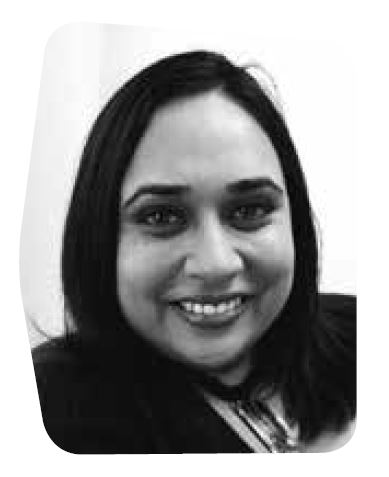 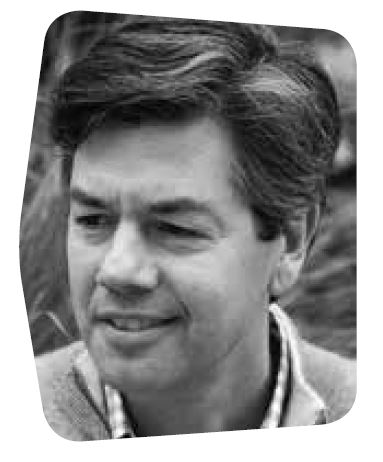 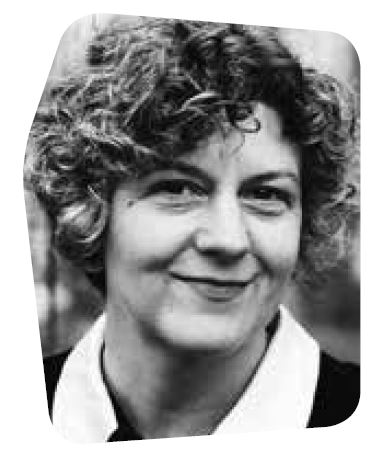