Why Investing in Women Pays Off

What do the studies demonstrating the value of having women in leadership positions mean for those of us in the field of impact investing? For starters, it is helpful data to concretely back up what many of us already know from our experience – women can be strong leaders, communicators, problem-solvers and staff managers who can help a company not only survive, but thrive.

Secondly, the data can help us make our firms – from the small shop to wire houses interested in SRI – into the most successful ventures possible as we create real opportunities for women to advance. When we hire women, proactively support them in advancing and highlight their achievements internally and externally, we not only help ourselves and them, but become an example that can provide a way forward for others. At Green Century, I follow in the footsteps of previous female presidents and into a culture that is influenced by having more than the token woman or two on staff (we’re at 80 percent now). While it’s not a prerequisite, it is certainly easier to understand why women should be leading and more authentic to move others to do so if you are “walking the walk”.

But, we also need to go beyond the numbers. We need to dig deeper when we are reviewing companies or engaging with them around an issue or potential shareholder resolution, asking how they attract and retain women. For example, do they have flexible work time, is there an informal or formal mentorship program for women, how many women stay after they have some kind of caregiving responsibility. In other words, the numbers matter, but so do the policies, culture and details. In her recent New York Times opinion piece, New America Foundation President Anne-Marie Slaughter outlines how, although the U.S. has “unlocked” the talent of its women at the high school and college levels, the ranks of those women still thin significantly as they rise toward the top, from more than 50 percent at entry level to 10 to 20 percent in senior management. Slaughter writes that “far too many discover that what was once a manageable and enjoyable work-family balance can no longer be sustained — regardless of ambition, confidence or even a partner who shares tasks equally.” She continues to drill down to a core problem that affects women, businesses and our society: “Many women who started out with all the ambition in the world find themselves in a place they never expected to be. They do not choose to leave their jobs; they are shut out by the refusal of their bosses to make it possible for them to fit their family life and their work life together.

At my prior job, at what would be easily considered a progressive organization with strong women leaders, there was no precedent or policy for parents to be able to work at home when I started there. The culture put a priority on office “face time” and included a heavy critique of “clockers.” But, with pick-up responsibilities for my daughter many afternoons, I embodied a clocker from the first day, even if it meant that I walked out of a phone call or meeting at 3PM. But, we were doing such exciting work on corporate responsibility that I dug in to try to make the situation work. Sometimes it was just about getting creative – getting the best Blackberry, using video conferencing, scheduling West Coast calls after bed time – although many times it was not, pitting me against the executive director who had never had a working mom in the number two spot. But, over time and with a supportive board, which was 50 percent female, the organization has adopted the accommodations they made for me as policy. The result? An international organization that has tripled its budget and retained much of its top female leadership as they became mothers, and is a living example of how promoting women is good for growth.

On the other hand, it would seem that with all the information on the value of women in leadership, articles like this should be superfluous. Smart and strategic business leaders would have read these studies and already implemented plans that significantly increased the number of women in leadership and management. What is standing in the way of change that creates a good bottom line for business and the public?

While information is important to create changes, recent studies (with more data, ironically) show that facts don’t really change anyone’s mind. Brendan Nyhan, a professor of political science at Dartmouth, who has looked at this issue since 2000, says that our beliefs change if there is “no immediate threat to our understanding of the world.” So, if hiring and promoting women – and investing in companies that do so – fits into your world view, you will espouse this idea and might act on it quickly. So, many of you already have been nodding your heads — and that’s because you already believed or were disposed to think that promoting more women helps the bottom-line.

But, the roadblocks come up when that “change contradicts something we’ve long held as important.” If one has come to consciously or subconsciously believe that men are just better at being in charge (maybe it started in grade school with dozens of female teachers working for the male principal or is now demonstrated by a team of mostly male senior VPs), it can be more difficult to accept the fact that women also can lead effectively. As the leader of a firm deeply committed to creating change (Green Century is the only U.S. mutual fund company owned by environmental non-profits), I found Nyhan’s analysis and conclusions fascinating and potentially applicable to promoting women in investing. In the end, he asserts that the message “can’t change unless the perceived consensus among figures we see as opinion and thought leaders changes first.” If he is correct, then we must attack this challenge together as men and women united across political lines.

And that means we must keep pushing. Pushing our firms, pushing our peers, pushing our boards and pushing the companies in which we invest. We also need to support company, state and federal policies that back the ideals with concrete support.

We need to go beyond the facts, tell the stories of the rising saleswomen as well as IBM’s CEO Ginnie Rometty who led IBM’s growth strategy by getting the company into the cloud computing and analytics businesses and Mondelez International’s CEO Irene Rosenfeld who has a long and successful history of bringing a consumer focus and innovation to building businesses.

Finally, we need to use the time-tested and social media-proven power of peer pressure. That’s right, what makes people take an action almost more than any well-written ad, is knowing that their “neighbor” has taken the plunge. After all the elaborate bells and whistles that we spend on pushing ideas, could it really break down to “keeping up with the Joneses”?

And if that is even at least partially correct, why not start right now? While my firm has a female majority on the board and on staff, I’m sure we still will need to make more changes in time. Green Century is ready to sign up. What do you say – are you with me, neighbor?

Article by Leslie Samuelrich, President of Green Century Capital Management, the investment advisor to the Green Century Funds. Green Century is the first family of responsible and diversified fossil fuel free funds and is the only U.S. mutual fund founded and owned by environmental advocacy organizations. She leads the firm’s current and emerging investment strategies, business development, and impact investing program. She is a frequent speaker on fossil fuel free investing and impact investing and serves as the firm’s primary media spokesperson. Leslie also currently serves on the Advisory Boards of the Business Ethics Network and the Intentional Endowments Network. 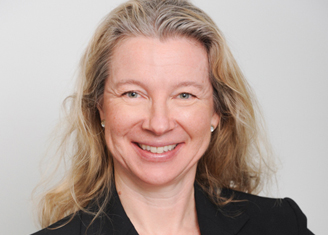