Dec 14, 2015 9:30 AM ET
Tweet This:
#AmgenScholars alumni become #mentors for the program. Their impact is amazing: http://bit.ly/1OJmRve
Blog

Massachusetts Institute of Technology 2008 Scholar Megan Krench is one of those who has acted as a mentor, taking on two Amgen Scholars during her time as a doctoral student at MIT. “I had a really positive experience with the Amgen Scholars Program, and I wanted to give back to the Program. It was a nice opportunity to show my appreciation,” says Megan, who expected to graduate with a PhD in brain and cognitive sciences in February 2016.

Soon after Megan began mentoring her first Amgen Scholar in 2013, however, “I realized I was getting a lot out of the Program all over again,” she says. Both Scholars came into the lab ready to work, and the excitement they showed was contagious, she adds. The Scholars helped Megan move her own PhD research along, providing an extra set of hands at critical times when she needed help, she says. For example, 2014 Amgen Scholar Kendall Kiser even piloted a new technique that Megan hadn’t had much experience with.

Learning how to teach productively and learning how to mentor effectively are crucial lessons in science. And they’re important jobs, too. “You’ve got them at this critical point [in their undergraduate years], when you’re helping them with their first experiments,” Megan says.

Having only ten weeks to show an undergraduate the ropes is especially challenging, says doctoral student Michael Einstein, a 2011 UCLA Scholar who is pursuing a PhD in neuroscience in the lab of UCLA neurologist Peyman Golshani.

Although the cutting-edge techniques Michael applies to study the neural basis of attention in Golshani’s lab are difficult to master in just a summer, he jumped at the chance to mentor 2014 UCLA Scholar Angela Avitua. To help tackle the technical challenges of his work, he carefully designed clear objectives for the project months ahead of time. And when Angela arrived, he teamed her with another summer undergraduate. Both of them succeeded in achieving valuable results.

“Overall, [mentoring] was an amazing experience,” Michael says. “What you see when you mentor someone from the Amgen Scholars Program is that the Program picks students with great potential and gives them a huge leg up in pursuing careers in science.”

Zach Wickens, a 2009 California Institute of Technology Amgen Scholar, mentored a 2014 Caltech Scholar visiting from Macalester College—a small liberal arts college in St. Paul that Zach himself had attended. Zach says he found the summer was productive and rewarding. “It’s really fun to have a person come in and then work together to develop critical-thinking skills as well as experimental techniques,” says Zach, who will soon finish his PhD in chemistry and chemical engineering. “These people are so smart, and they learn so quickly. It’s cool to see how far they come in ten weeks.” 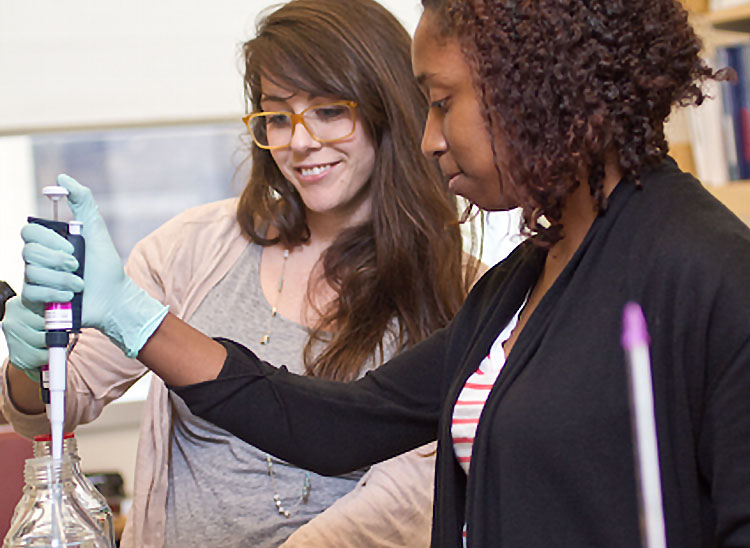