Carlos Carrasco, who grew up in Venezuela, learned to pitch and reached the Major Leagues with the Phillies at age 22, likes to show that if you work hard and pursue your dreams, anything can happen.

The goal the hard-throwing right-hander most recently realized was U.S. citizenship. For months, teammates including Jason Kipnis and Mike Napoli peppered him with questions, then last week Carrasco passed the test.

It was the kind of example Carrasco likes to provide for the kids he helps through the Carlos Carrasco Foundation, whose mission is to provide high-quality, early childhood programs to afford kids their best opportunity to succeed.

Carrasco and his family believe that investing in America’s children in their most crucial growing stage will result in stronger families and healthier children. In turn, those folks will be in better position to positively impact their own communities.

Through community events, the Carlos Carrasco Foundation provides opportunities for parents to instill in their children the importance of education.

As part of the Carlos Carrasco Foundation’s Back to School Celebration, the Foundation distributed school supplies to Cleveland-area students who could not afford the basics needed for their education.

Even while Carrasco was injured in July, he visited children at University Hospitals Rainbow Babies and Children’s Hospital.

The Carlos Carrasco Foundation also teamed up with the United Way for the Stuff the Bus initiative. Carrasco visited Luis Munoz Marin, a dual-language, K-8 CMSD Investment School, to read to the students in Spanish. To further his effort to promote literacy, Carrasco donated several hundred brand new children’s books to the school’s library.

Carrasco, who was fifth in the AL with 216 strikeouts and struck out more than 10 batters per nine innings last season, has risen to the top of his chosen profession. Now he’s providing the foundation for kids to succeed in their own pursuits.

Major Leaguers are #GoingToBat for causes near and dear to them, as they personify the Players Trust’s motto to ‘care, act and inspire.’ To learn more about the charitable interests and activities of Carlos Carrasco and other Major Leaguers, please click here. 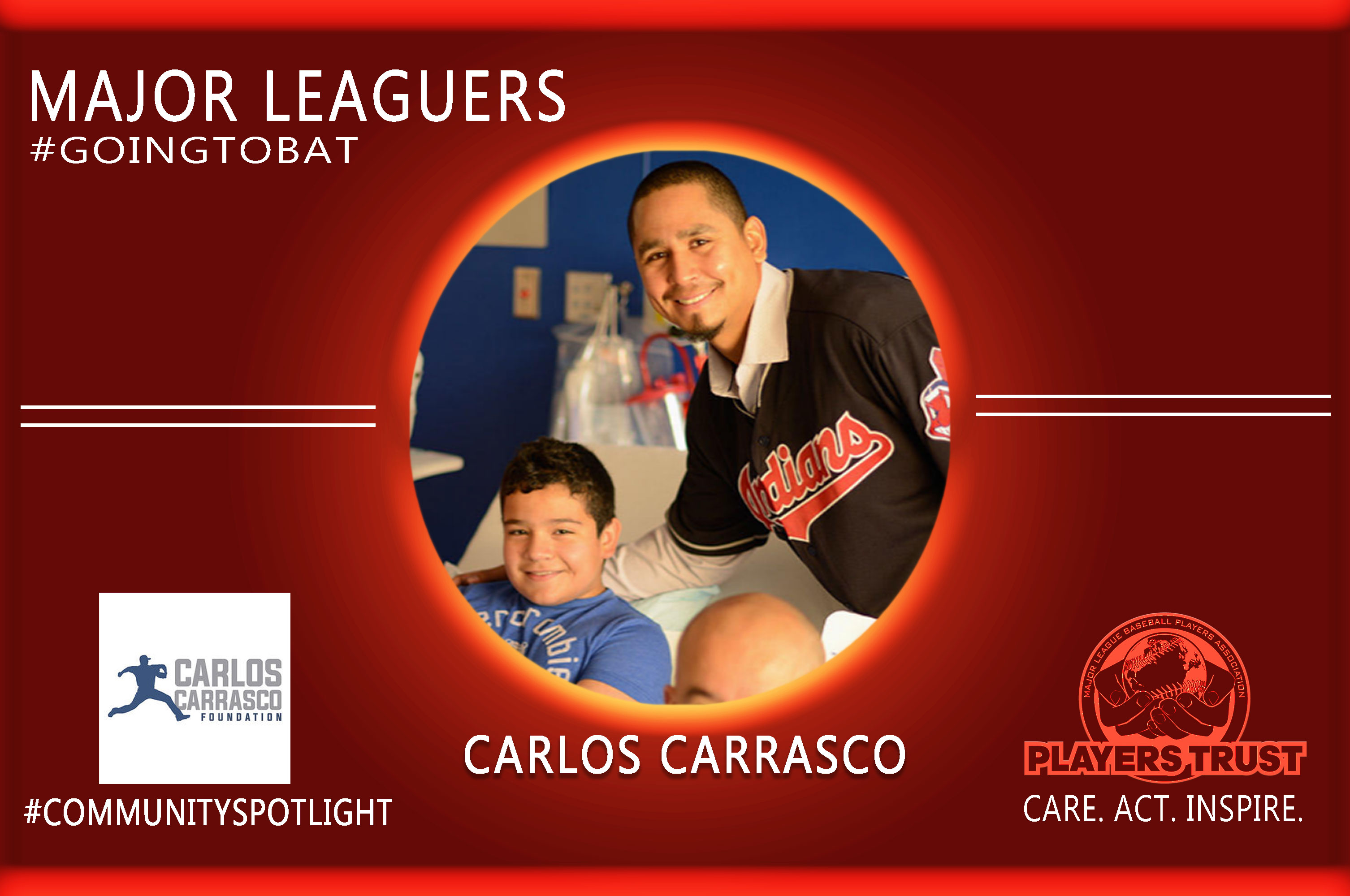 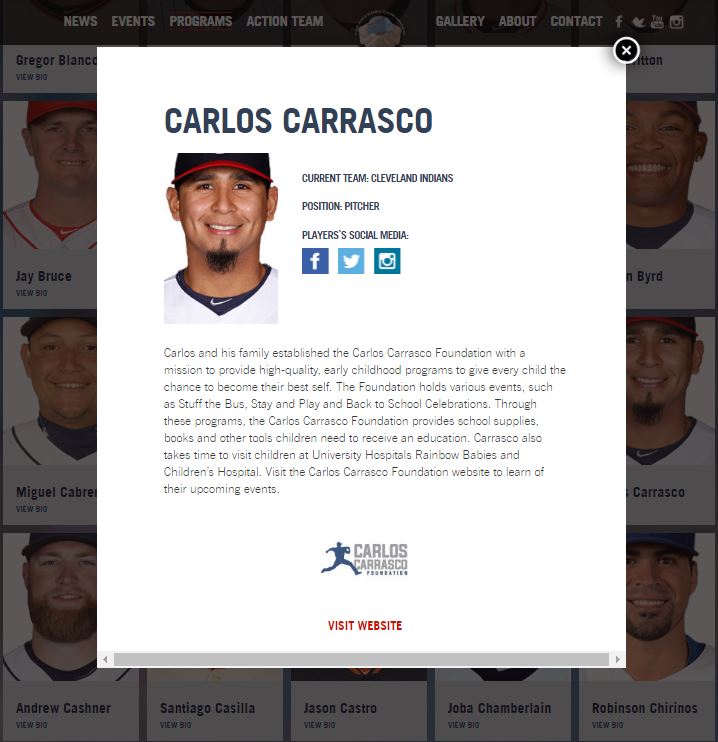