(3BL Media/Justmeans) - When I was a kid traveling with my family in the tropics of Latin America, there were two essential tools my mom and dad insisted we carry: A pot for boiling untreated water and bleach in case there was no way to use the former. 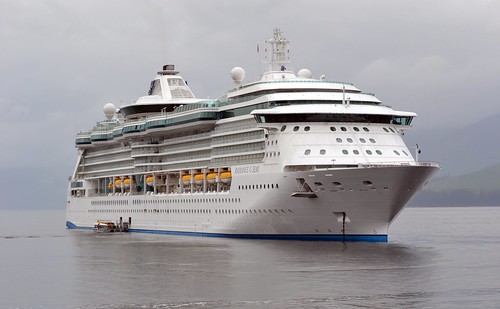 (3BL Media/Justmeans) – The cruise industry produces nearly one billion tons of sewage every year, apart from consuming several million tons of fuel. If the sewage and exhaust from ships is not treated properly, it can pollute the water and fog the air, resulting in serious health and environmental impacts.

(3BL Media/Justmeans) â€“ The number of people over 65 is set to double within 25 years, and, by 2035, more than 1.1 billion people will be above the age of 65. Â This ageing brings with it many concerns, particularly with mobility, and demands more, other transport solutions to get people from one place to another than ever before. Innovation plays an integral part to helping build a future, where everyone can move more freely.

Â (3BL Media/Justmeans) - Back in January, I was in Abu Dhabi, where I had the opportunity to see the Solar Impulse airplane and meet the pilots as they prepared to begin their historic round-the-world flight, the first of its kind.

On July 3rd, I watched on my computer, courtesy of the Solar Impulse website as the plane landed in Hawaii, completing a 5-day Pacific crossing from Nagoya, Japan. Andre Borschbergâ€™s four day and 22 hour flight was the longest solo flight in aviation history. Of course, a flight like this would never have been possible with any kind of conventional airplane, because of the amount of fuel that would be required. In all, the flight covered 5,128 miles.

The crossing had been postponed twice as the weather failed to cooperate. The ultralight airplane, with a wingspan comparable to a 747, yet weighing little more than an SUV, requires reasonably stable weather conditions to operate in. Throughout the journey, the team has carried the banner of clean energy. Borschbergâ€™s Solar Impulse partner, Bertrand Piccard, was on hand to greet him as the plane landed, just outside of Honolulu. It was Piccard whoÂ had the original vision back in 1999, to build a solar airplane that could fly around the world.

In order to make the most of the energy stored in its batteries during the day, the plane climbs to its maximum altitude of 28,000 at dusk, storing an additional two hours of gliding time.

A number of technology companies including Solvay, Schindler, Omega, Bayer, Altran, and Google have sponsored the project and developed critical components to improve the energy efficiency and reduce the weight of the plane, without which the mission would not have been possible. Indeed none of the conventional aircraft manufacturers got involved in the project, because, frankly, they didnâ€™t believe it could be done. Â Among the dozens of innovations produced by the project were ultralight insulation that will soon be going into refrigerators, improvements to motors and batteries, and the development of light but strong plastic parts to replace heavier metal ones used in conventional aircraft.

Save the Children Restarts Rescue Petition After 700 Drown

(3BL Media/Justmeans) â€“ In April a major rescue operation took place in the Mediterranean after as many as 700 migrants were feared to have drowned just outside Libyan waters, in what could prove to be the worst disaster yet involving migrants being smuggled into Europe. The passengers are often locked in the hold of the ship, meaning they have little chance of survival in an Â­emergency.

(3BL Media/Justmeans) â€“ TripAdvisor found in a 2013 study conducted that 79 percent of travelers were inclined towards hotel properties that use eco-friendly practices. According to Steve Jennings, lead consultant for hotels and resorts at Deloitte, hotels are paying attention to conservation due to three reasons: corporate sustainability, better expense management, and consumer interest.

IHG on its Way to Achieving Corporate Responsibility Targets

(3BL Media/Justmeans) â€“ Women are geared up to lead in this new era. Girls now match boys in mathematical achievement: in the U.S. alone, 140 women are enrolled in higher education for every 100 men. Women now earn more than 50 percent of all bachelor's and master's degrees, and nearly 50 percent of all doctorates.

Fair Trade Tuna is the First of its School