Climate Change and Women’s Rights: The Opportunity for Action

Are you a millennial? I have bad news and good news for you. The bad news is that climate change and gender equality — two key issues you care about — will cost our generation over $30 trillion; that is the equivalent of the American, Chinese and Japanese economies combined. The good news is that, while scary, we can use our voices and investable assets to create real change, quickly!

In 2009, the UN Population Fund undertook in-depth research on the relationship between women and climate change in its annual report, concluding that women “are among the most vulnerable to climate change, partly because in many countries they make up the larger share of the agricultural work force and partly because they tend to have access to fewer income-earning opportunities.”

Yet in my mind, the biggest and boldest opportunity lies in adding a third dimension to addressing the nexus between climate change and gender equality — engaging young investors, in particular women investors, to become agents of change by utilizing their voices and assets to lead to systemic and sustainable change to these issues.

Why Should We Invest in the Nexus of Climate Change and Women Empowerment?

Women form a disproportionately large share of the poor in countries all over the world. Women form approximately 50 percent of the world’s population yet 75 percent of the people in energy poverty are women. Why? Women in rural areas in developing countries are highly dependent on local natural resources for their livelihood, because of their responsibility to secure water, food and energy for cooking and heating.

On average, 63 percent of rural households depend on women to obtain drinking water for the home. Research shows that women spend up to 20 hours a week gathering biomass (wood, dung, crop waste) and drinking water, instead of going to school, learning and improving their lives.  As climate change directly impacts the water availability, the amount of time dedicated to collecting water might increase, leaving women and girls with even less time to go to school and reinforcing the cycle of poverty.

Women also form the majority of the 3 billion people that still use traditional biomass as their main source of energy. Experts at the University of California, Berkeley calculate that having an open biomass fire in your kitchen is equivalent to burning 400 cigarettes an hour. More importantly, WHO reports that exposure to indoor air pollution is responsible for over 4 million deaths a year, easily making it the most critical environmental killer humans face – more death than Malaria, HIV/AIDS, and lung cancer combined.

The effects of climate change make it harder to secure these resources — a burden which further exacerbates women’s and children’s lives. By comparison to men in poor countries, women face historical disadvantages, which include limited access to decision-making and economic assets that compound the challenges of climate change.

It is therefore critical that a gender lens be applied to all actions on climate change and that gender experts are consulted in climate change decision making at all levels, so that everyone’s needs (women’s and men’s) and priorities are identified and addressed from the very beginning.

How Can We Invest in Climate Change and Women Empowerment Simultaneously?

This is one of the key questions and reasons that make me excited to go to work everyday! We at Calvert Foundation embarked on the journey of moving the dialogue from the why to the how investing in the nexus of climate change and women empowerment in early 2015 through our Women Investing in Women Initiative (WIN-WIN). Through this investment initiative we are working to channel pools of capital towards positive impact in gender equality and clean energy.

Building off the success of the responsible investment movement, impact investing is perfectly positioned to create deeper engagement between an individual’s values and her investment portfolio. In the same way that purchasing decisions — the car you drive, the clothes you wear — suggest a certain set of values, an investment product can represent your values and the impact you want to have on the world. If you are passionate about climate change and/or gender issues, then why not invest in solutions to addressing these issues simultaneously.

There are many more solutions - Read Najada's complete blog post at-  www.greenmoneyjournal.com/february-2017/climate-change-and-womens-rights-the-opportunity-for-action

GreenMoney is now celebrating 25 years of publishing on sustainable business and impact investing. 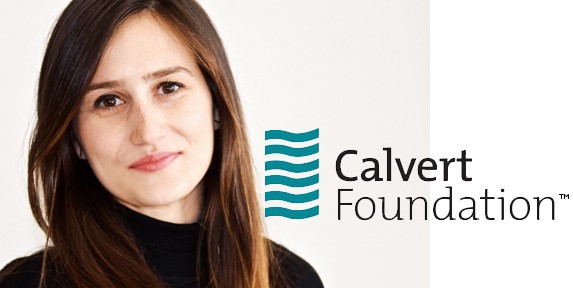 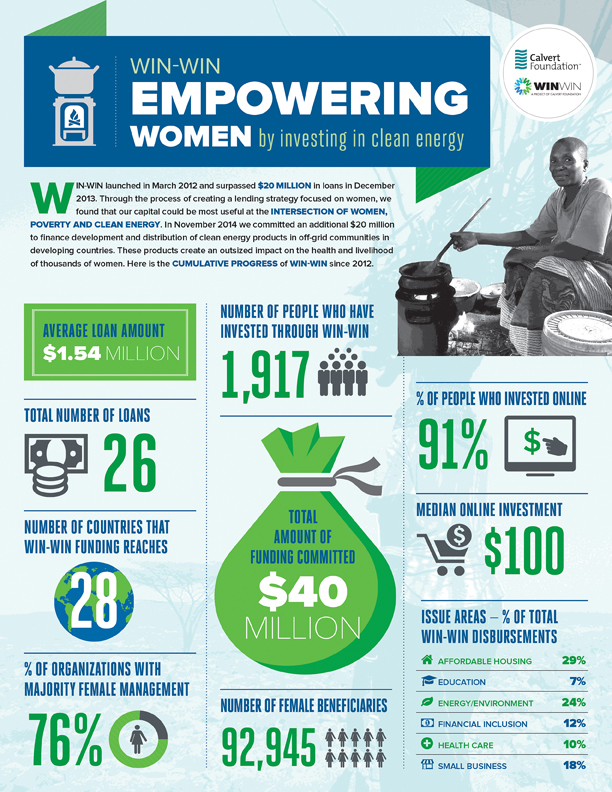