Earning a Spot on the Global 100

For the first time, Adobe was named to The Global 100 Most Sustainable Corporations in the World Index. Announced at the World Economic Forum today, companies named to the Global 100 index are considered to be the top overall sustainability performers in their sectors. Ranked #61, Adobe is one of only two software companies included in the Global 100 this year.

Corporate Knights, the organization that performs the analysis, is rigorous in its screening and purely quantitative in its approach. Selected from a starting universe of 4,609 publically-traded companies with a market capitalization greater than $2 billion (USD), companies are scored on twelve quantitative sustainability indicators, including areas such as the amount of revenue companies generate per unit of energy consumed, the ratio of CEO to average worker pay, diversity in leadership and lost-time injury rate.

This has been Adobe’s philosophy since its founding over 30 years ago, and earning a place on The Global 100 continues to validate our commitment to sustainably managing every part of our business. In 2014, we were recognized by Newsweek among the greenest companies in the world; achieved a CDP score of 99; were included in the FTSE4GOOD index; and topped the Trucost inaugural index as the global leader in natural capital efficiency among tech companies.

A compelling aspect about companies that make The Global 100 Index, as well as the others above, is financial outperformance. According to the Corporate Knights website, since its inception on February 1, 2005 to December 31, 2014, companies on this list outperformed those on its benchmark, the MSCI All Country World Index. Although this is the first year-end that The Global 100 Index has fallen behind its benchmark (due primarily to the rising US dollar) its performance demonstrates that investing in companies that mitigate risk, assess and report their environmental impact – and take proactive steps to operate their businesses more responsibly – contributes to investor ROI. 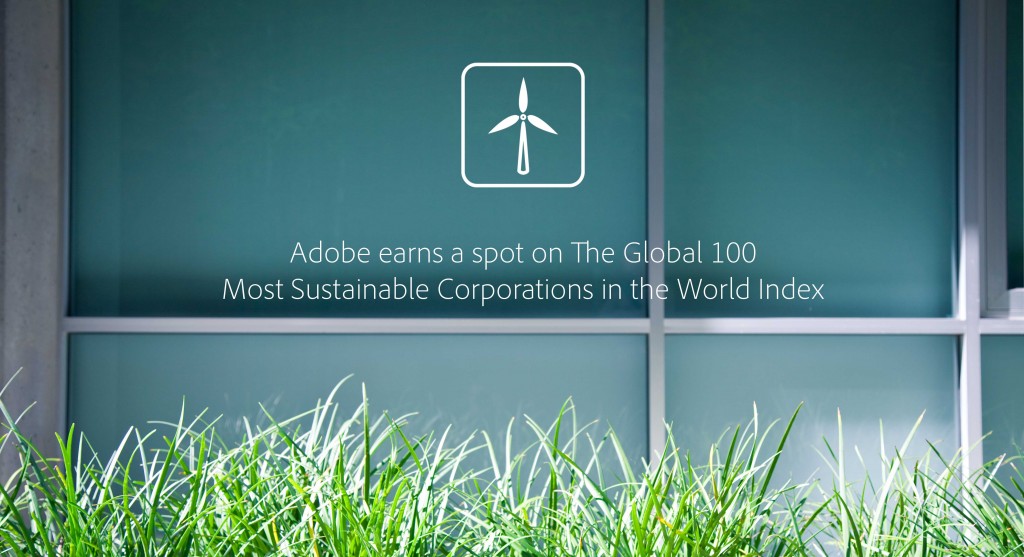