Not only did I fail to kill our workplace giving campaign’s online auction last year, this year my team is working harder than ever to improve it. I’m still not sure where I went wrong.

I have hated our online auction since we expanded it to the enterprise several years ago. It’s fraught with risks, it’s a customer service nightmare, it’s used by only a small portion of our 260,000 employees, and it accounts for just 0.29% of our $70 million campaign. Also, I’m personally not an auction shopper. I’ve sold my books and I’ve offered my time on our auction site (there’s nothing sadder than seeing your “shadow me for a day” item going for less than a plush pony), but auctions hold no appeal for me.

Apparently, I’m in the minority on that. But, as with chemistry class back in high school, if I’m required to do it I might as well learn from it. If you’re thinking of running an online auction in your workplace giving campaign, maybe you can learn from my experience.

Peter joined Wells Fargo in 2001 after 10 years in software startups. As manager of Team Member Philanthropy, he runs the nation’s largest workplace giving campaign (ranked #1 seven years in a row by United Way Worldwide), multiple volunteer programs under the Wells Fargo Volunteers brand, and employee hardship and scholarship funds. He currently chairs United Way Worldwide’s Global Corporate Leadership Council. A native of Connecticut, he has a degree in Electrical Engineering from UC Berkeley. In his career, he’s worked on the B-2 stealth bomber, the first-ever smart phones, and the first PDAs. 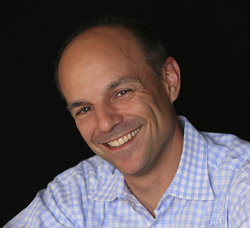