On Thursday, February 25, 2016, on Capitol Hill, Bechtel’s Chief Information Officer Carol Zierhoffer joined DiscoverE, industry leaders, lawmakers, teachers, and students in celebrating and promoting Girl Day as a part of Engineers Week 2016. Introduce a Girl to Engineering Day©, or Girl Day, gives female engineers, with support from their male counterparts, the opportunity to directly mentor girls and young women in kindergarten through 12th grade. This is the second year that DiscoverE has hosted the congressional briefing on Capitol Hill with the intent of raising awareness for Girl Day and highlighting the importance of role models who inspire, support, and encourage girls to pursue science, technology, engineering, and math (STEM) careers.

The standing-room-only crowd of nearly 60 participants heard speakers share personal stories of how they became familiar with their STEM careers and re-emphasize the value of having role models introduce them to STEM. Several lawmakers discussed not only the importance of engineering, but the criticality of it as a nation or economic power.

“Outreach activities are important; we have to try to reach every sector, especially girls and minorities, to ensure the United States maintains its leadership in science and engineering,” said Representative Paul Tonko of New York. “Among the U.S. students who graduate with an engineering degree, only 15 percent are women,” added Representative Dan Lipinski of Illinois.

In support of Engineers Week and Girl Day, DiscoverE is encouraging role models to sign up to mentor a girl. “You don’t have to be an engineer to be a great role model,” said Carol Zierhoffer. “Never underestimate the power of example, of showing up and showing interest.”

Read the full press release from DiscoverE on Girl Day 2016 and a story on the event, featuring more quotes from Carol on STEM mentorship, from the U.S. News and World Report. 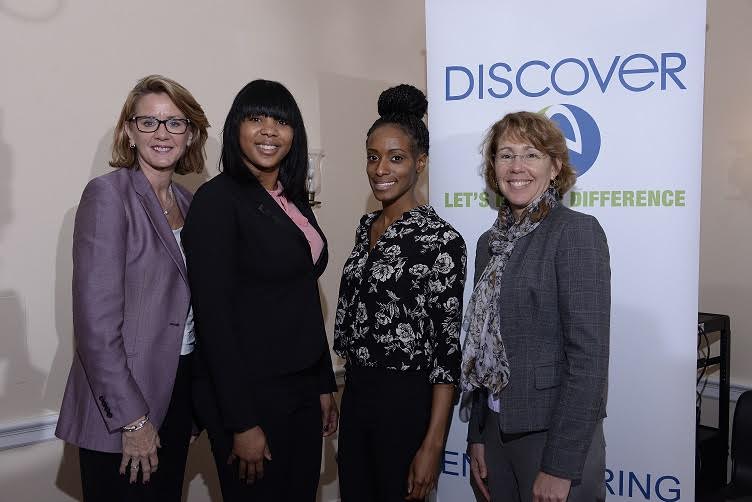