GM committed to earn Wildlife Habitat Council conservation certification at each of its manufacturing sites around the world by 2020. The company believes the key to progress is taking a customized, regional approach to use corporate lands and collaborative partnerships to restore, protect and promote biodiversity.

GM now has 63 certified sites, seven of which are in five countries throughout Asia. Here’s how the company introduced the wildlife habitat commitment there and quickly ramped up its efforts.

1. Start the momentum. To kick off habitat programs, contacts from GM sites gathered to determine local challenges, government goals and environmental considerations. The team began with the Guangde Proving Ground in China, a newer facility with several environmental features incorporated into its design. Communication for certification began in 2011 and the site earned it in 2014. The site now features a 27,000 square-foot wildlife habitat.

With this momentum, the sites moved to manufacturing operations. Gunsan, Korea was next, beginning the process in 2013 and earning certification last year to become the first company in the country to earn certification from the Wildlife Habitat Council.

2. Educate the teams. The teams in Asia organized training to help each site better understand the process for developing habitat programs. Feasibility studies helped raise awareness. After filling out this questionnaire, many sites not only received a better understanding of what was needed, but found many already had good foundations for a program.

4. Tie it back to the business. The teams then added the wildlife habitat goal to regional manufacturing business plans, sparking the attention of facility leadership and generating increased support.

This year, a third of GM’s 16 newly certified sites were in Asia. Here are a few features unique to each of these sites’ habitat programs.

At Talegaon Complex in India, education and community outreach are the main focus. The team uses a nearby river to educate people on maintaining healthy waterways and established a program to conserve a hilltop home to the Ghoravdeshwar Temple and a small local community. A butterfly project is in the works, along with a growing native tree-planting effort.

At the Rayong Vehicle Plant in Thailand, native trees provide habitat for wildlife and a resting area for employees. The team partnered with Rayong Seedlings Cultivation Office who educated GM on native tree species, and gave advice on creating an appropriate variety.

Rayong Powertrain in Thailand worked with the municipality to plant mangrove seedlings on degraded wetlands previously used for commercial shrimp and oyster farming. By monitoring new trees and hosting classes for students, the team is helping restore the native mangrove ecosystem and raising awareness of its benefits.

The team at Boryeong Transmission in Korea removed non-native plants and added 10,000 native plants to attract pollinators three out of four seasons of the year. Employees monitor for wildlife during breaks and accompany students who occasionally provide more in-depth analysis.

GM hopes to continue this wildlife habitat work in Asia, connecting these programs to the United Nations’ Sustainable Development Goal of halting biodiversity loss around the world. 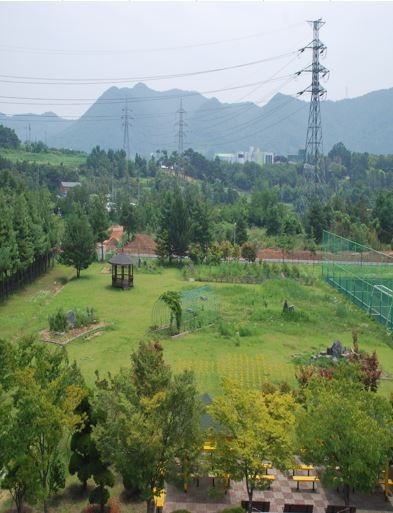