CDP, a global nonprofit committed to sustainable economies, has named General Motors a global leader for its actions and strategies to address climate change. GM is now on the global Climate A List – a spot held by just 9 percent of the thousands of companies participating in CDP’s climate change program.

While GM has achieved perfect climate disclosure scores in the U.S. for the last three years, this marks the company’s debut on the global list.

“We congratulate the 193 A List companies that are leading the charge towards our low-carbon future,” said CDP CEO Paul Simpson. “Companies are key actors in enabling the global economy to achieve its new climate goals, and the leadership of this group points the way for others to take bold action and capitalize on the many opportunities that await.”

CDP produces the Climate A List each year at the request of 827 investors with assets of $100 trillion.  A significant amount of GM’s top shareholders are CDP members. The company believes there’s economic opportunity as well as a social imperative in lowering emissions and addressing climate change. Its sustainability strategy is customer-driven.

In addition to bringing the long-range Chevrolet Bolt EV to market, GM strives to contribute to a cleaner grid for it to drive on. The company has saved $73 million from its energy efficiency efforts this year alone, and is working on a plan to meet the electricity needs of its 350 operations in 59 countries with renewable energy by 2050. Today GM uses 106MW of renewables, saving about $5 million a year as a result. Risk is lessened when reducing energy and using alternative energy sources.

The CDP ranking comes on the heels of GM’s inclusion on the Dow Jones Sustainability Index, which also signals to investors that the company is equipped for success. For the second year, GM remains the only automaker on the North American index.

GM believes in being an advocate for climate change action and awareness. Mary Barra and 12 other automotive CEOs, convened through the World Economic Forum, committed to the vision of decarbonizing automotive transport. GM also signed the Ceres BICEP Climate Declaration in 2013 and was one of the first 13 companies to sign the White House American Business Act on Climate Pledge. The U.S. EPA has recognized GM for raising climate change awareness three years in a row. 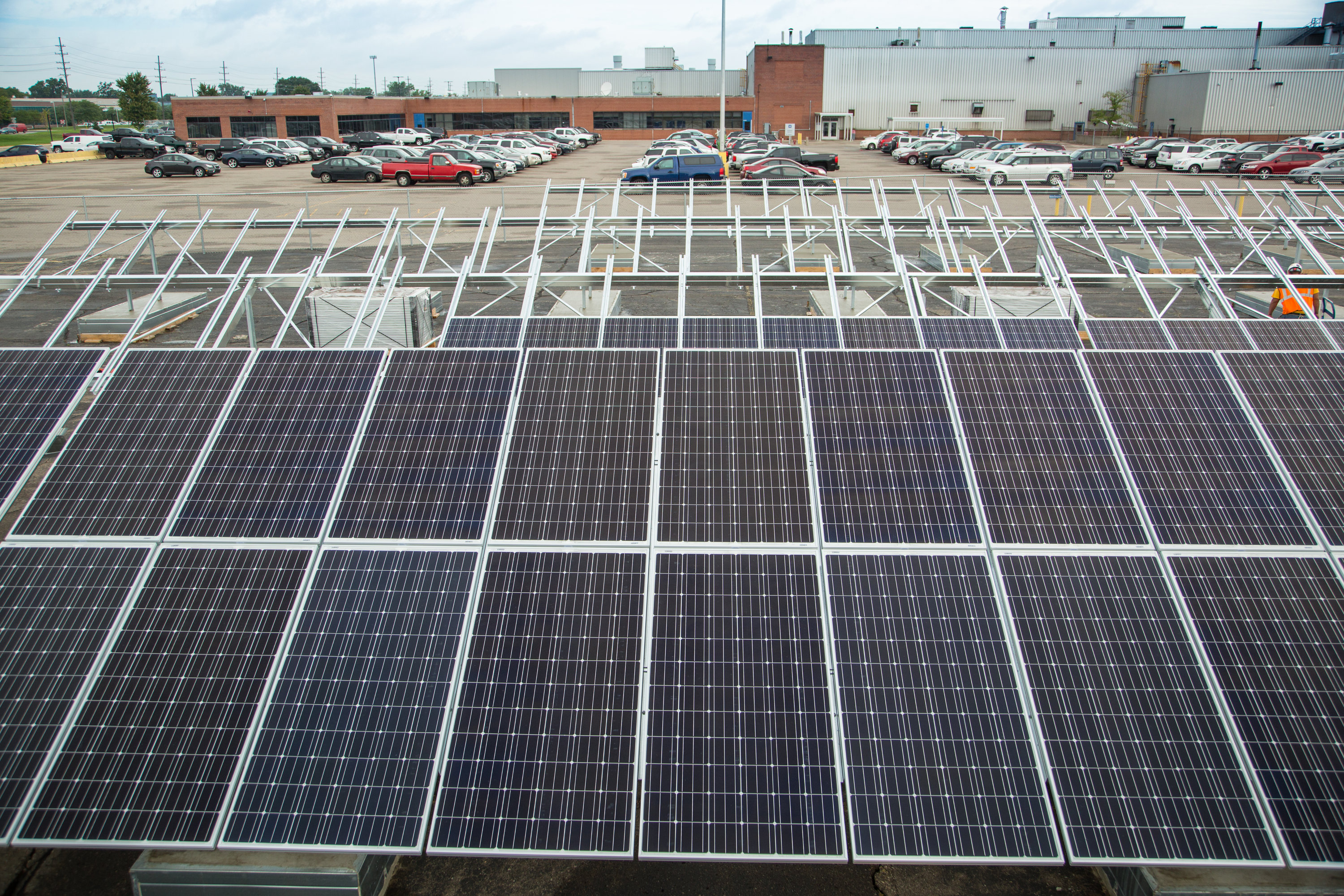