In June 2015, Fox Searchlight and National Geographic announced the release of the documentary He Named Me Malala, sparking nearly a year's worth of efforts on the part of 21st Century Fox to make a difference in the global issue of girls' access to education. The film, directed by Academy Award winner Davis Guggenheim, follows the life of Pakistani education activist and Nobel Laureate Malala Yousafzai who survived an assassination attempt in 2012 for her outspoken advocacy. 21CF businesses quickly rallied around the film, organizing free screenings and educational resources for students, matching employee contributions to the Malala Fund, and launching social media campaigns to drive donations and awareness. In total, 21CF gave nearly $125,000 in direct donations to the Malala Fund as a result of these initiatives, providing much-needed aid to the organization's programs for Syrian refugee children living in camps in Lebanon and Jordan. The company's efforts not only helped share Malala's remarkable and inspiring story with as many people as possible but also contributed directly to her ongoing fight for the educational rights of women and girls all over the world.

BACKGROUND
He Named Me Malala tracks the course of Malala's life, beginning with her childhood in Pakistan's Swat Valley. As the Taliban came to power in the region, restricting school access, she became an outspoken advocate for education in her community, until armed gunmen attacked her school bus when she was only 15-years-old, leaving her critically injured. She made a miraculous recovery over the next year, during which time she continued to serve as an outspoken activist for girls' rights to education around the world. In 2013, she founded the Malala Fund to help provide access to quality education for girls everywhere, and her activism eventually earned her the distinction of becoming the youngest ever winner of the Nobel Peace Prize at the age of 17. She continues to raise funds and awareness for the more than 60 million young women around the world who are still unable to attend school.

"This film tells the story of one girl, but I am one of many," Malala said. "There are millions of girls denied their right to education. Let us raise our voices, stand with girls, stand up for their rights, and ensure every one of them gets the chance to learn. Education is the key to peace and a better future for all."

Beyond demonstrating Malala's significant achievements in activism on the international stage, the film also paints an intimate portrait of her and her family as they go about their daily lives. The film casts Malala as not only a global leader but also an ordinary teenager, quarreling with her brothers and keeping her grades up at school. For director Davis Guggenheim, who previously directed Waiting for Superman and won the Academy Award for An Inconvenient Truth, the fact that Malala was a normal teenager who made the decision to speak out made her story all the more powerful:

"The theme of the movie is how an ordinary person can find their voice and how powerful you can be if you express that," Guggenheim told The Hollywood Reporter. "Girls respond to this movie and connect to this idea that speaking up is a vital part of their lives. ... Girls all over the world confront [the same issue], which is, do they feel equal? Do they feel strong enough to speak out?"

RAISING AWARENESS AND DRIVING DONATIONS
The film opened in theaters on October 9, 2015 and National Geographic later hosted its global television premiere, airing the documentary commercial-free in the U.S. and 170 other countries and 45 languages. For each release, 21CF businesses collaborated on a scale comparable to the company's biggest blockbusters, uniting in an effort to share the film's message about the vital importance of education, as well as Malala's personal journey, with as large an audience as possible. "It is a remarkable movie, and I am very proud that we are bringing it to the world and helping promote the issue of girls' education," said Peter Rice, CEO of Fox Networks Group.

The film struck a chord with 21CF employees as well, with the company's employee donation matching campaign—which extended from the October theatrical release until the end of 2015—raising nearly $70,000.

"Malala's story really resonated with me," one donor said. "The movie is all about how powerful one voice can be, and the Malala Fund helps girls get their voices heard. I'm happy to support such a worthy cause."

In February, during the lead up to He Named Me Malala's broadcast premiere, extending through International Women's Day on March 8, 21CF partnered with National Geographic to launch an international social media campaign to drive support and awareness for girls' education. The campaign asked viewers to tweet using the hashtag #withMalala or change their Facebook profile to a special campaign video. The video transformed profile pictures into yearbook photos and then dissolved female users' profile pictures from the page, representing the girls who are out of school worldwide. For every post, 21CF donated $1 to the Malala Fund for a total of $50,000.

"This is a film that you leave not only feeling incredibly inspired but truly wanting to make a difference," said Courteney Monroe, CEO of National Geographic Global Networks. "As leaders in bringing stories of global importance to the largest audience possible, it is more than just an honor to be part of this project, I feel it is our duty. That is why we are... dedicating our collective resources to bring Malala's important journey and advocacy for girls' education to millions of people worldwide."

These two giving campaigns combined for a donation of nearly $125,000 to the Malala Fund, which invests in and advocates for girls' education around the world. The organization used this contribution to support the educational needs of Syrian children currently living in refugee camps in Lebanon and Jordan. According to a report from the UN High Commission on Refugees, more than 1.1 million Syrian children are refugees, and over 75% of them are under the age of 12. More than half of all school-age Syrian children in Jordan and Lebanon are not in school, and those who are face such challenges as overcrowding and inadequate funding. The Malala Fund is working to provide quality education for these children, offering tutoring, transportation, eyeglasses, and more.

"This is a heartbreaking tragedy--the world's worst refugee crisis in decades," Malala said when she opened the Malala Yousafzai All-Girls School in Lebanon in July. "[The girls'] courage and dedication to continue their schooling in difficult conditions inspires people around the world, and it is our duty to stand by them."

ENGAGING STUDENTS AROUND THE WORLD
21CF and its partners immediately recognized that He Named Me Malala would resonate with students in particular. The movie demonstrates not only the value of quality education but also the difficulty many children face when trying to get to school. In an effort to provide ample opportunities for young people to see the documentary, film partners Participant Media and the Malala Fund launched the Students Stand With Malala campaign, bringing more than 100,000 students at nearly 500 schools across the U.S. on field trips to free screenings.

An additional 50,000 students internationally were able to see it through local outreach campaigns, such as the UK's Malala Youth Voice Programme, which provided educational resources to teachers that enable students ages 13-19 to develop their confidence, public speaking, and campaigning skills. Fox Home Entertainment also partnered with Participant to provide complimentary DVDs to more than 20,000 educators across the US, along with curricula and discussion guides.

The event also served as the launch for Girls Empowerment Month in LA and the Girls Build LA initiative from the LA Fund, which aims to empower and inspire girls to be agents of positive change. Following the screening, 21CF organized an on-site selfie campaign, encouraging students to make a pledge to #StandWithMalala and take action to improve their schools and communities.

In addition, the National Geographic Society designed an online education hub that offers curriculum ideas for parents and teachers to discuss Malala's mission and the importance of girls' right to education worldwide, equipping educators with the necessary tools to bring Malala's powerful message to students. The hub includes free educational resources such as a service learning Toolkit, Books for Change, a Map Maker Interactive, and more.

"Malala's story is not just about girls and education -- but also about culture and exploration, determination and passion," wrote Gary Knell, President and CEO of the National Geographic Society, in an essay for Medium. "At National Geographic, we are committed to explore and engage globally, but we are also dedicated to educating the next generation and telling stories of courage and wonder. I am proud that we are using our growing platform to ignite dialogue and provide the tools that lead to meaningful impact."

IMPACT
21CF's contributions to the Malala Fund have already led to powerful results in the Middle East. The Kayany Foundation in Lebanon completed construction of a school in May 2016 to serve 200 Syrian refugee girls ages 14-20. The Middle East Children's Institute in Jordan will expand its Girls Clubs programs to an additional 100 girls ages 13-17. Malala Fund partnered with The UN High Commissioner for Refugees (UNHCR) on their Walking to School Initiative, where adults in the Azraq refugee camp accompany girls to school. Malala Fund also teamed up with Save the Children to establish computer labs and IT literacy courses for 150 girls ages 13-24 living in the Za'atari Refugee Camp in Jordan.

In addition to its work on the ground in countries hosting Syrian refugees, the Malala Fund continues to advocate on their behalf and amplify their voices on the international stage. As part of its effort to rally support from governments and NGOs, the organization often commissions reports to track where aid is most needed and the effects of donations and policy changes. Its recent #NotLost Report details the education funding already disseminated to Syrian refugees and outlines the challenges facing schools in host countries such as overcrowding and discrimination. The Malala Fund is also working to launch the Gulmakai Network to award grants that increase advocacy capacity and impact in Nigeria, Pakistan and Turkey.

"The hope is that it carries for a very long time," Guggenheim said in an interview with the LA Times. "That's my hope, and that's my measure of success: that it lives in the minds of girls... A girl can see this and say, that's my story; it's the human story." 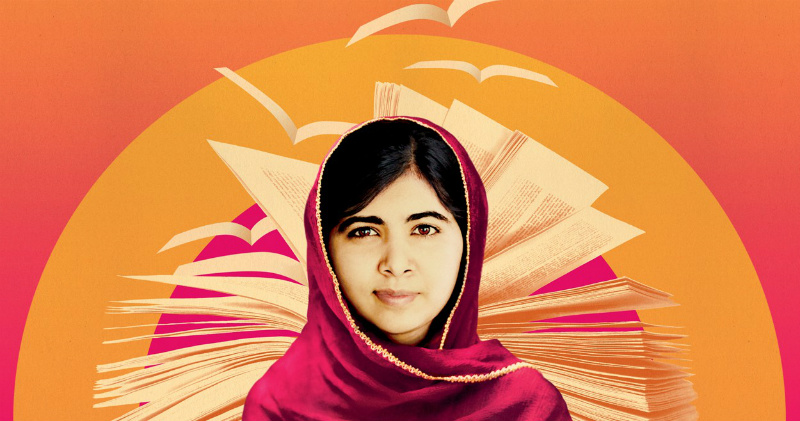