The U.S. Chamber of Commerce Foundation has just bestowed its “Best Corporate Steward” award for large business – the Citizens Award – on IBM. The Chamber Foundation’s Best Corporate Steward award recognizes businesses that serve as powerful forces for good around the world. Companies and chambers of commerce from around the globe compete for Citizens awards in several categories, making them among the most coveted opportunities for recognition in corporate citizenship.

Among this year’s nominees, IBM is not alone in doing excellent work. But what distinguishes IBM in the increasingly crowded and competitive field of corporate citizenship is the breadth and depth of its programs, and the company’s longstanding culture of service that begins with its CEO and radiates through nearly 400,000 employees around the world. It is the high level of engagement and support of IBM’s CEO and top leadership that inspires and encourages contributions of service by employees, partners and clients as an integral part of IBM’s global business model.

Of the many corporate citizenship programs that capitalize on IBM’s innovative technologies and global expertise in service to governments, nonprofits and communities around the world, the Citizen’s Award judging panel focused on the following during our evaluation:

IBM’s diverse corporate citizenship portfolio provides at least two categories of differentiated value. The first and most obvious is the delivery of service to beneficiaries around the world. But perhaps equally important are the examples IBM sets for other CEOs and executive teams and other groups of employees – whether large or small. It is IBM’s corporate citizenship culture and leadership, in addition to the company’s numerous good works, that distinguish it as our 2015 Best Corporate Steward.

Marc DeCourcey is Vice President of the U.S. Chamber of Commerce Foundation.  The Foundation is dedicated to strengthening America’s long-term competitiveness and educating the public on how the U.S. free enterprise system improves society and the economy. 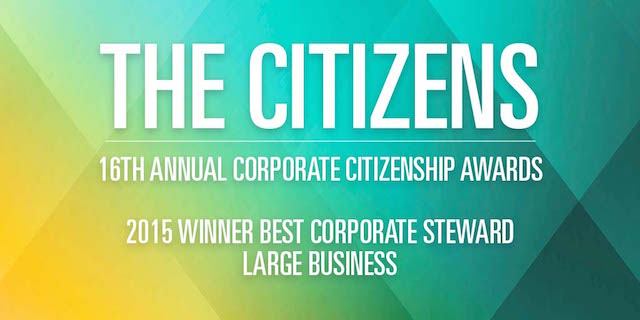