This is the third post in a series by Morgan Simon on the trends, challenges and opportunities of impact investment, focusing on an exploration of the mechanisms which allow affected communities to lead and shape investments.

What is impact investment? This might be the most important, and simultaneously, most overplayed question of our industry. Forgive me for repeating it; however, it is critical we return to the conversation to consider how communities can better engage in, and benefit from, impact investment.

What should count or not count, and who gets to make that decision? What types of activities deserve subsidized capital in a capital-constrained universe, and which financial institutions should receive your investment dollars? So far, impact investment has been largely defined by investors themselves—the Global Impact Investment Network (GIIN) has put out a general definition, “the intention to generate measurable social and environmental impact alongside a financial return.”  There exists a myriad of investment activities that attempt to generate such impact and return.

One of the primary impact investment activities pursued has been job creation to address worldwide poverty. The World Bank estimates we will need 600 million jobs by 2020 to keep up with population growth globally—and 200 million of these jobs will be needed in developing economies.[i] Small and Growing Businesses (SGBs) , the preferred instrument of impact investors to encourage job creation after microfinance, have been shown to be critically linked to GDP growth and overall poverty reduction in developing countries.[ii]

SGB growth is therefore supposed to help poor people through two mechanisms—it creates jobs, which provide much-needed income, and it encourages GDP growth, which, in theory, supports the overall economic health of a country and reduces poverty.

These arguments have a few fatal flaws that need to be addressed before we can wholeheartedly support job creation as a strategy for global poverty reduction:

Let’s take a step back from job creation to consider what it means to be poor. I define poor as a lack of choice to live life in a way that respects your physical needs, cultural values, social and political context, and familial obligations. This of course varies country by country, region by region, which is why as impact investors I invite us to rethink how we consider poverty reduction to be more than just a simple economic equation.

-     Rather than income, what if we focused on asset-building for individuals and communities?

-     What if we focused on culturally-appropriate livelihoods, rather than limiting our viewpoint to wage employment?

-     What would it look like if we focused on equality just as much as growth?

Perhaps we would still consider job creation to be an important cornerstone of impact investment. My hope would be that we feel a greater level of confidence that our impact investment dollars were really leading to global poverty reduction and more autonomous communities. 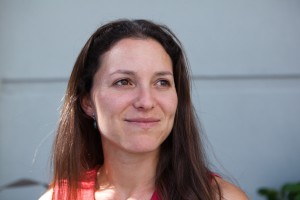