TransCanada walks the talk when it comes to Indigenous relations.

The company began practising proactive Indigenous engagement in 1989 — long before it became a regulatory requirement in Canada and a hot button issue with pipeline opponents.

And now one of its own — 31-year TransCanada employee Peter Knight, a Métis born and raised in Edmonton — has earned an Aboriginal Role Model of Alberta award for his relentless efforts on behalf of First Nations and Métis communities in northern Alberta.

“I was so proud of his work for the people of Fort McMurray; he made a difference for many, many people.”

In one incident that touched many in the community, an elderly woman who had fled the disaster had left her desperately-needed walker behind.

Knight, who had left his contact number in the community, instantly retrieved another walker from a local health facility and drove hours to deliver it.

Additionally, Knight personally delivered food and much needed supplies to Fort McMurray evacuees on countless occasions across the region under trying circumstances.

“To the lady who needed (that) walker; the man who needed (sweaters); to the four-year-old who wanted that Star Wars backpack so he could go to school feeling normal – on behalf of every tireless volunteer Peter, accept that award with all of us behind you,” said Thompson.

However even in so-called ‘normal’ times — as an Indigenous and Community Liaison across the company’s Wildrose Region — Knight’s role is hectic as he engages numerous communities across a wide swath of territory.

Treaty 6 and Treaty 8 First Nations, The Métis Settlements, and MNA Regions 1, 2, 4, 5 and 6 are all located within the area. He is recognized within those communities for:

“Peter goes above and beyond,” says Cecil Blair, TransCanada’s Wildrose Region director. “He has travelled hundreds of miles across Alberta to represent TransCanada and build strong relations between the First Nations and Métis communities.”

For Knight, whose mother instilled within him a strong sense of Indigenous identity and culture, it’s all about building relationships. Knight is committed to being present and supporting communities even beyond TransCanada projects.

“I do care deeply about the community members, elders, and youth I have met along the way,” he says.

“This is not simply my job but fundamental to my values and who I am. I’m committed to being available day or night any time of the week to address people’s concerns or any issues they may have, related to and beyond TransCanada projects.

“It’s important to me to work for a company that values different cultural perspectives and works to identify opportunities for Indigenous businesses across the lands where we operate,” he adds.

“That’s why I have remained with TransCanada for three decades.”

The Aboriginal awards originated in 1995, the direct result of efforts by Irene Morin of the Enoch First Nation near Edmonton. 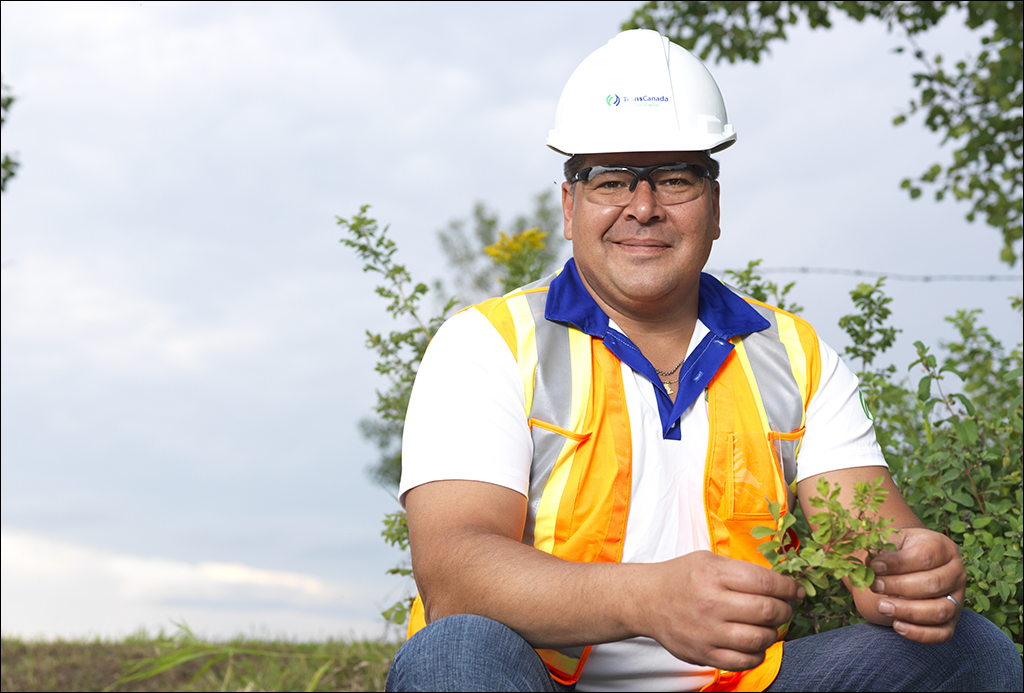