Millennials with Money on a Mission for Positive Change & Impact

Aron Ping D’Souza, a young philanthropist and Australian native, first attended a Nexus Summit in London in 2012. There, he was exposed to Sir Ronald Cohen’s work on impact investing and social impact bonds. The idea that for-profit investing could be a vehicle for social impact was new and powerful to him. It ignited his imagination on how he could bring these new relationships and extraordinary ideas back to his home country in the name of good.

A little more than a year later, he launched Good Super, Australia's first social impact retirement fund at the first Nexus Summit in Australia, which he chaired. Good Super is aiming to reach USD $1 billion in assets by the end of 2014, supporting countless companies taking on major issues, ranging from clean energy to extreme poverty.

The leadership of the Alana Institute, of Sao Paulo, Brazil, Marcos Nisti and Ana Lucia Villela (a member of the prominent Itau banking family) attended the inaugural Nexus Global Youth Summit in 2011. There, in a flash of inspiration, they conceived of a new business strategy to help tackle hunger issues globally. They started Satisfeito, a network of Brazilian restaurants that provide customers the option for a 2/3 portion of a given meal, at the same price, in order to contribute to Satisfeito. The money the restaurants save by serving the Satisfeito portion is then transferred to organizations that combat child hunger. Together, this program has sparked a funding mechanism that has provided over 44,000 meals for people in need.

How did this happen? What is Nexus?

At its core, Nexus is a movement. Practically speaking, it is a leading convener of young wealth holders and social entrepreneurs on topics related to philanthropy, impact investing and global problem solving. Participating families range from the Rockefellers and the Saudi royal family, to those behind major corporations like 7-Eleven, Hilton Hotels and more. The network boasts over 2,000 members from 70 countries. People from all around the world come together as part of this movement dedicated to a better world.

Nexus began in July of 2011, when Jonah Wittkamper, Rachel Cohen Gerrol and a small group of committed young visionaries convened the first Nexus Global Youth Summit on Innovative Philanthropy and Social Entrepreneurship at the United Nations in New York City. Their goal was to address several unmet needs: 1) Educate young wealth holders about the possibility of investing in worthwhile causes; 2) Feature leading young social entrepreneurs in the movement for global transformation; 3) Develop an annual platform to set agendas, feature youth-led innovations, and move the needle on key youth issues; and 4) Unite young philanthropy support organizations to focus and collaborate on youth issues, form globally diverse networks, and bridge the communities of wealth and social entrepreneurship.

Since 2011 Nexus has hosted over 10 summits around the world, and 20 teams are now self-organizing in their respective countries to continue to build the movement locally. 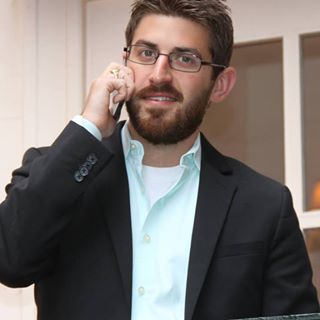