In the world of Sustainable and Impact Investing, few ideas have captured the imagination as quickly as Gender Lens Investing (“GLI”).

In just the past few years, the number of Gender Lens solutions has grown rapidly. The premise of this approach is that every investment has a gender dimension and that understanding it uncovers both overlooked opportunities and hidden risks. GLI solutions are about investing for gender balance, inclusion and equity. GL investors are betting that all of society – both women and men alike – will reap social and economic dividends from women’s equality.

Equally important is the passion this topic has generated among people interested in aligning their wealth with values. This also bodes well for the creation of new products and solutions, as we are already seeing.

GLI assets under management (AUM) in public market equities and debt have grown fivefold since 2014 to $561 million as of mid-year 2016, according to an analysis by Veris Wealth Partners and Women Effect.

The accelerated growth is the result of an increased number of GLI solutions being offered by money managers, along with demand from individual and institutional investors to place capital in public market securities that directly benefit women and girls.

To be sure, the entire field of Gender Lens Investing is still in its infancy and represents just a fraction of the assets in Impact and Sustainable Investing, but the growth is very promising.

Our analysis found as of February 28, 2017, there are 16 publicly traded GLI solutions explicitly asserting a gender mandate, up from nine as of September 30, 2014. Three of the newest opportunities target non-U.S. investors, including those in Canada and select European and Asian countries.

More than half of the growth in assets under management has been in the Gender Diversity Index ETF (SHE) sponsored by State Street Global Advisors. The ETF was launched in March 2016 and was seeded with $250 million from the California State Teachers Retirement System (CalSTRS).

To fully appreciate the potential of Gender Lens Investing, it’s useful to define it.

Investments that satisfy one or more of these criteria are presumed to deliver greater impact to women and girls, and ultimately society as a whole – including men and boys.

Why Gender Lens Investing Is So Powerful

• The quality of a company’s reported earnings is positively correlated with greater gender diversity in senior management.

• Microfinance institutions (MFIs) with more women clients have lower write-offs and lower credit-loss provisions, confirming the common belief that women in general are a better credit risk for MFIs.

• Venture-backed companies in Silicon Valley run by women had annual revenues that were 12 percent higher than those run by men. These companies also used an average of one-third less committed capital, and had lower failure rates than those led by men, a 2009 study found. 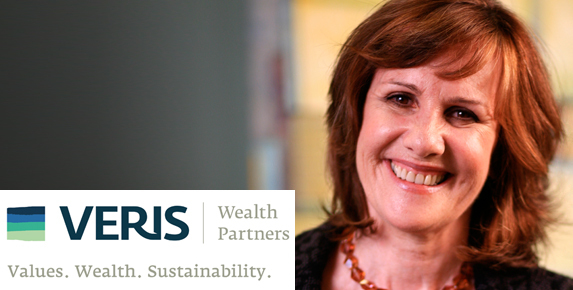