What is the best way to distribute money amongst a group a non-profits? This is a question that foundations and donors struggle with on a regular basis. Non-profits, the ones on the receiving end of these decisions, don’t often get to take up this question. In an effort to change this common dynamic in philanthropy, RSF Social Finance held a meeting in the Triangle Area of North Carolina in September.

Shared Gifting, a method of collaborative grant-making used by RSF for the past 5 years, aims to activate ownership, distribution, and allocation authority among grant recipients. Those participating in the conversation are considered to be part of the Shared Gifting circle. This process allows those doing the work, rather than those funding it, to decide what the most urgent funding needs are in the group. In this exercise, RSF averts becoming a decision maker, and works diligently to hold the process. There are also no required outcomes other than what is determined by the participants in the circle.

North Carolina
We selected the Triangle Area of North Carolina because Eastern Carolina Organics, a valued client, was located there. We then reached out to our community of investors, borrowers, grantees, and donors to solicit nominations of organizations doing work in sustainable food and agriculture in the area. From those nominated, we invited one representative from each of the 12 organizations to join us for a day-long Shared Gifting meeting. The total amount of funding to be distributed between the non-profits—which ranged in mission, needs, size and scope—was $120,000.

Each Shared Gifting meeting is unique—both due to the participants that show up and because of the regional strengths and challenges in each location. North Carolina was no exception. For example, this was the first RSF-hosted Shared Gifting circle in which the participants decided to divide the funds equally and direct them for general operating support. From one perspective, this decision demonstrates equitable treatment of each organization in the room. And yet at RSF, we hold the question: What is the value of having conversations about money and the collaborative distribution of resources?

Value of talking about money
The agenda for each Shared Gifting meeting begins with get-to-know-you activities during the first half of the day. After that, participants review each other’s proposals, and allocate funds and resources in the second half. As you might imagine, tensions tend to increase as we move into the afternoon. As a culture, we are often taught not to converse about money, so diving into these types of discussions causes anxiety for many.

In North Carolina, we could see this right away after lunch when a strong sentiment of resistance emerged. A portion of the group suggested skipping the money allocation portion of the Shared Gifting process in favor of distributing the funds evenly. A group conversation emerged, and a majority agreed to bypass the process. Afternoon conversations were subsequently focused on sharing each other’s common challenges and needs. While some found this course of action useful, others later reflected to us that they would have liked to experience the full Shared Gifting process.

A missed opportunity
What struck me from this experience were comments from the group along the lines of, “This process would be better if we didn’t have to talk about the money.” Such commentary has raised lots of questions for me, including whether the process would be better if we took the money off the table. Are the non-profit participants able to be truly present with each other when money is at stake?

Over and over again, this experience has taught me that non-profits can and need to learn to have money conversations with each other, as peers. We have seen from past Shared Gifting experiences that direct conversations about money and needs—while challenging—ultimately result in a positive, educational experience.

In North Carolina, a concern that came up in the group was that letting the group decide would ultimately result in a popularity contest. While this fear is valid, it is not what we’ve witnessed in past meetings with other groups. What we typically see is an unpacking of assumptions. Often non-profits come into the room with deeply held ideas about each other’s work or funding sources. Through open conversation about these assumptions, we’ve seen groups break down barriers, build new relationships, and find ways to support each other in non-monetary ways.

Another value of having to decide how best to divide up money with peers is that you get the chance to understand the experience of being a funder. You get to evaluate, as someone working in the field daily, whether a proposal is compelling or confusing. Sharing this input in a transparent and supportive environment can provide key feedback for future proposals by non-profits that rely on fundraising for their budget.

Having the group decide to split the funds evenly appeared equitable, but ultimately avoided deeper conversations that could have led to a more profound understanding of the system in which they operate and the resources available in the community. It’s admittedly a vulnerable space, but one filled with valuable lessons.

Resource sharing
One of the greatest benefits of Shared Gifting is the collection and distribution of non-monetary resources. The North Carolina group did just that. Each organization gave an overview of its work and talked about its greatest need, whether the need was in their submitted grant proposal or not. From this information, the group asked questions and offered ideas or connections they knew could be of service. One participant, Carolina Farm Stewardship Association, offered admission passes to everyone in the room for their upcoming conference. It was exciting to see this part of the meeting unfold as it is a meaningful reminder of how many resources non-profits have to share with one another when given the opportunity.

Looking ahead
We see all of our work at RSF, especially Shared Gifting, as an iterative process in which we constantly are evolving and integrating lessons learned into the future of our work. With each Shared Gifting experiment, we learn more about how to make the process more effective and transformative.

With this Shared Gifting circle, I felt it was a good reminder of how important it is to honor where people are. It is important to find the right ways to connect with them in order to create the space for people to transform their own relationship to money. One other new aspect of Shared Gifting North Carolina meeting was that it was the first time that we reached out to local funders to invite them to join us in supporting this meeting. We were excited to raise $6,000 from local funders, the Fenwick Foundation, and one anonymous donor. In the future, we hope to find more community funders who want to join us in the important work of transforming the dynamics of philanthropy.

In 2016 we plan to host two more Shared Gifting circles—one in Dallas and one in the San Francisco Bay Area. In addition, we will be launching a community of practice for all of our colleagues and peers in the philanthropic field who are interested in learning from each other’s work in the realm of participatory and collaboration-based grantmaking.

Kelley Buhles is Director of Philanthropic Services at RSF. 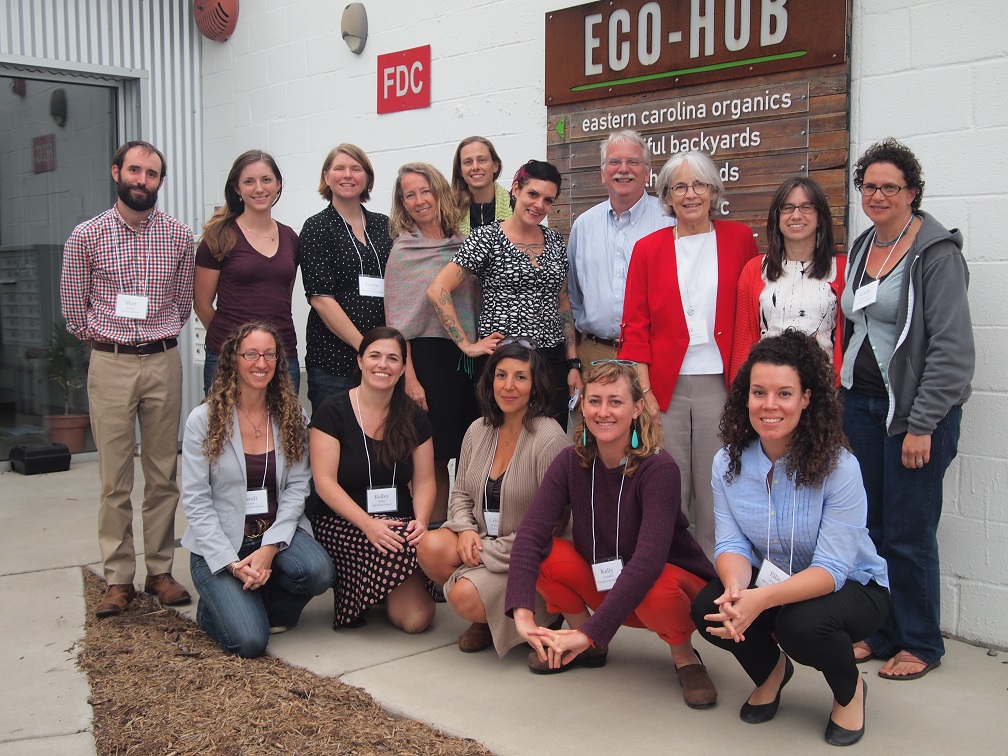