Should Cancer Decide Whether or Not You Have Children?

In 2009 I was diagnosed with stage 3 cervical cancer. I was told I would immediately need a radical hysterectomy and five weeks of radiation and four cycles of chemotherapy. While I was in the middle of complete shock, my oncologist advised I should think about preserving my eggs or embryos before surgery. If she hadn’t mentioned this, I doubt it would have crossed my mind. I was in survival mode at that time. She sent me to a fertility doctor right away.

I had just started a new relationship with Jason, who is now my husband. I felt awkward, worried and embarrassed about discussing fertility with him, but we had known each other for many years. We had a mutual feeling we were meant to be, so we went to the fertility doctor together and discussed our options.

Considering my age, the chances of creating embryos versus eggs alone had a much better success rate for survival and implantation in a surrogate. So we took a chance on each other to create embryos though IVF. It would take a month to do so, and it was very expensive. That is when I was told about financial help being available. I was very surprised to learn that LIVESTRONG would provide some assistance for the drugs involved in the process of developing embryos. I remember thinking to myself how amazing it was. It’s not like I planned this to happen to me. I didn’t want the option to have a child torn away from me just because I got cancer; it felt so unfair. I wasn’t ready to have children now, but someday I would be.

Thanks to LIVESTRONG I was able to achieve that. Surgery recovery was hard and long (I ended up with sepsis and was hospitalized much longer than anticipated). My life was changed forever—mentally, physically and emotionally. But I made it through and it was worth it when we decided to try for a baby.

Our IVF process was a success. We found an amazing surrogate to say the least, who helped so much in our journey to become parents to our daughter Emilie who is now two-and-a-half years old. Not only did we end up with a miracle, but we realized there really are people out there who are willing to sacrifice to help people like us have a family who cannot do so alone. It is such a selfless act, and our surrogate was and is an angel from above.

I have been cancer free now six years. I try to share my story with others in hopes that some of my experiences might help someone along the way. I signed up and had donated to LIVESTRONG. I always enjoyed reading about the cause and what the Foundation was doing to help others like me. One day I applied and was accepted to be an advocate in Washington, D.C., for the One Voice Against Cancer OVAC (One Voice Against Cancer) Lobby Day to meet with Congress and represent millions of Americans who support the goal of the Moonshot Initiative and call on the White House and Congress to follow through on their vision to make funding for cancer research, prevention, and survivorship programs a top priority, which is very important to me personally. I was completely out of my comfort zone to do this, but it was an experience I will always remember. Being able to share my story in hopes that it could influence one person to help so many others who are facing such a horrible disease.

LIVESTRONG not only helped me financially with fertility, but they also helped me feel like I could make a difference in helping others by being part of the OVAC Lobby Day in 2016.

Life is a gift, I have learned many times. I was given a new beginning; one that I will cherish for the rest of my life.

If you agree that cancer shouldn’t decide whether or not you have children, please give. 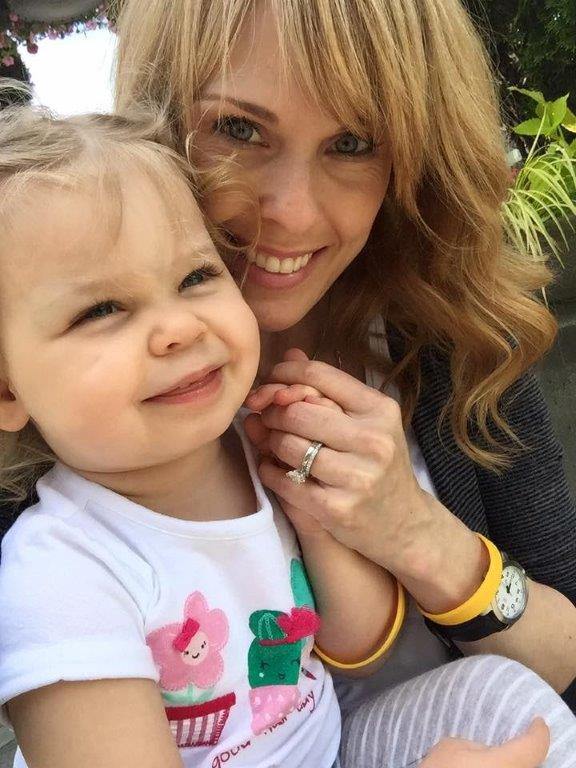