Nov 15, 2016 10:20 AM ET
Tweet This:
The #AmgenScholars 10 to watch list includes many outstanding alumni, including Todd Gingrich, a Fellow at @MIT http://bit.ly/2eOqnHN
Blog

“Though people often think of science through the lens of applied technologies, the groundwork is typically laid by application-agnostic basic scientific research. Today's fundamental discoveries tend to open up tomorrow's technological possibilities.”

Through his Rhodes Scholarship and multiple research opportunities, Todd Gingrich’s studies have taken him across the U.S. from coast to coast and to Europe – far from where he was raised in Columbia, MO. Upon completion of his Ph.D. in chemistry in 2015 at UC Berkeley, he traveled back east to become a Physics of Living Systems Fellow at MIT. Todd was a Hertz Foundation Fellowship recipient while at UC Berkeley, and his work on large deviations and dynamics phase transitions appeared in a number of scientific journals including Physical Review Letters, The Journal of Chemical Physics and the New Journal of Physics. Upon completion of his postdoctoral fellowship at MIT, he plans to secure a position as an assistant professor at a leading research institution where he can help not only train the scientists of tomorrow, but further his own research in the process.

My focus is on theoretical chemistry, specifically a discipline called statistical mechanics and thermodynamics. I seek to use mathematical and computational models to develop greater understanding of how molecular motions are affected under non-equilibrium conditions.

I’m inspired by the sense of adventure that comes from exploring the unknown. Once upon a time people sought that adventure by exploring and mapping out hidden corners of the world. While the age of explorers is over, there are still so many scientific mysteries to explore.

It’s interesting to see the greater accessibility to scientific research. Hundreds of years ago, people could only really pursue scientific inquiry if they came from a wealthy family. Today, many more people are able to earn a living by performing and analyzing experiments. The huge expansion of the scientific workforce accelerates basic science research, which ultimately can yield faster technological progress—better drug development, smaller computers, more useful robotics, etc.

To learn more about the Amgen Scholars Program, please visit AmgenScholars.com and check out the #AmgenScholars hashtag on Twitter. Follow @AmgenFoundation to stay up to date with all STEM-related news from the Amgen Foundation. 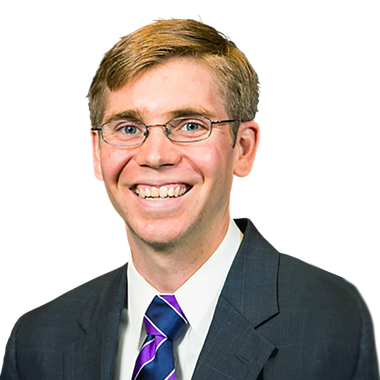