by Nancy E. Pfund, founder and managing partner, DBL (Double Bottom Line) Partners and one of Fast Company’s 100 Most Creative People in Business 2016

By 2050, the world will consume 61 percent more energy than it does today. This should be good news, for, as access to reliable, affordable energy increases, so does the quality of life for hundreds of millions of people. Energy keeps schools and businesses running, computers working, cities shining, and cars moving. Without the availability of energy, the global poverty rate could not have dropped by more than half since 1990, allowing the opportunity to improve lives across a wide sphere. And yet, in a skewed parallel, 1.3 billion people lack access to the most basic energy services and the economic, environmental and health benefits they provide. Furthermore, many are at a disproportionate risk to the world’s most pressing climate change threats. For example, The Carteret Islanders of Papua New Guinea have become the world’s first entire community to be displaced by climate change, recently packing up their lives to move out of the way of ever-rising waters that threaten to overtake their homes, their crops, and their history.

Extending Progress to the Developing World

The developed world has seen great progress in renewable energy. Today, in the United States, virtually all new additions to power capacity come from sustainable sources. However, much of the future energy demand in the world will come from developing countries as they continue to grow and add more citizens to the middle class. This is perhaps one of the most difficult challenges that we face today. How can we ensure that the most threatening climate change consequences are avoided, but also ensure equitable access to energy? The answer, of course, is renewable energy, and the attendant electrification of products and services once serviced by fossil fuels.

Affordable and clean renewable energy would help millions of people escape poverty and become more self-sufficient. It would ease international tensions and increase global security by making more countries less dependent on oil. It would unlock new economic opportunities in a growing trillion-dollar industry. It would attract more foreign investment to the regions that need it most. It would lessen the problems caused by the expensive and sometimes dangerous work of extracting fossil fuels. It would reduce air pollution, which kills millions of people every year. And it would stabilize energy prices by eliminating the volatility of natural gas and oil, which will have an even bigger impact on the global economy as more people come to rely on energy in their daily lives.

The question that remains, however, is how do we economically provide clean energy to the billions of those who need it? In 11 countries, all in Africa, more than 90 percent of people go without electricity. In six of these countries, only three to five percent of people can readily obtain electric power.

Fortunately, there is good news. The price of solar panels has decreased dramatically in the last decade by 70 percent. Solar installations have also grown exponentially, accounting for more than one percent of global electricity demand in 2015 and 22.5 percent of all new generation sources in the same year. Advances in storage and software have allowed us to push the boundaries on creating a smarter and cleaner grid. From streetlights to kitchen-top appliances, more devices and services are being connected in previously unimaginable ways; allowing a more sophisticated and efficient approach to managing demand and grid operations. With the growth of renewables, — some 13 percent of electricity consumption in the US in 2015, — and the increase in electrified fleets of cars entering the transportation sector, the traditional use and distribution are changing before our eyes. We are moving from a centralized energy system to one that integrates distributed energy resources, creative microgrid solutions, and, soon, vehicle to grid energy flows. It is truly staggering to see how much progress has been made in the energy industry in the last decade. Electric vehicle growth presents one of the most robust statistics in this regard, globally, from below 30,000 in 2010, to 720,000 in 2015, to one million today. 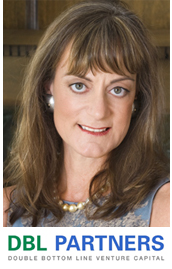