UK Workforce Has More Sick Days Than Any Other European Country 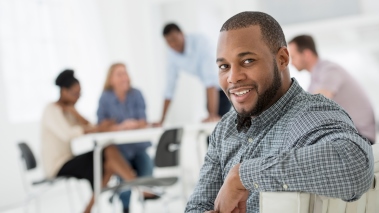 (3BL Media/Justmeans) – The UK workforce has more sick days than any other European country—twice as many as the US. British employers need to make happiness a higher priority in the workplace to stop the country heading the ‘European sick leave table’, claims Cloudbooking, a leading space management software company. Worryingly, mental health issues are the single most widespread cause of long term absence from the workplace. In 2013, the consultancy firm PricewaterhouseCoopers calculated that the average British worker takes 9.1 sick days off a year, with the rest of Western Europe only at 7.3 days; in the US, the figure is nearly half that of the UK at 4.9 days.

In 2014, the University of Warwick produced a report showing that happy employees work harder and are at least 12 per cent more productive. The research supported the idea that when you are in a job that you don’t enjoy and feel unhappy, the response is to stay away as much as possible. So, if employees are treated well, they will naturally perform better, with less time off sick. Gerry Brennan, CEO of Cloudbooking, says, “It’s a real economic concern, illustrated recently by health body BUPA, which said that over £29 billion pounds is lost annually to the UK economy, with mental health cited again as the major issue. Britain’s level of sick absences is inexcusable —it’s time to create a supportive working environment for employees, which in turn will create a ‘win win’ for the UK economy.”

It makes sense to help employees feel more control over how to manage their work and lives, and would also suggest that poor managers are fuelling the rise in sickness absence. Last year, the first-ever guidelines telling bosses on how to treat workers was issued by the National Institute for Health and Care Excellence (NICE). These UK guidelines instruct bosses how to behave to keep a healthy and happy workforce. Currently, doctors are being forced to write sick notes, which means we are medicalising the reason why people are not in work. A huge cultural and behavioural shift is needed in workplace cultures, as there is little effort made to keep people in work.

The NICE report calls for flexible working hours and training for managers so they can spot mental problems like depression and stress. While chief executives are told they must engage with staff at all levels of their organisations, while line managers should learn to sympathise with problems outside of the workplace. Companies have also been warned they must tackle ‘presenteeism; the trend where staff feel pressurised to work even when they are ill, for fear of letting colleagues down or losing their jobs.

Work is important, providing an income and social engagement, as well as meeting social and psychological needs. However, it is all about the quality of the work and leadership, along with a work-life balance. Ultimately, if staff are motivated and happy, they will genuinely support what their organisation is trying to achieve.