Dec 1, 2015 12:55 PM ET
Tweet This:
.@BJsWholesale gets in the #GivingTuesday spirit! How are you giving back this holiday season? http://3bl.me/6mh6tm
Multimedia with summary

BJ's Wholesale Club is once again participating in #GivingTuesday to kick off the holiday charitable season. Local Clubs throughout its footrprint organized donations to help the following nonprofits:

Now in its fourth year, #GivingTuesday is a global day of giving fueled by the power of social media and collaboration. Observed on the Tuesday following Thanksgiving, #GivingTuesday kicks off the charitable season, when many focus on their holiday and end-of-year giving. 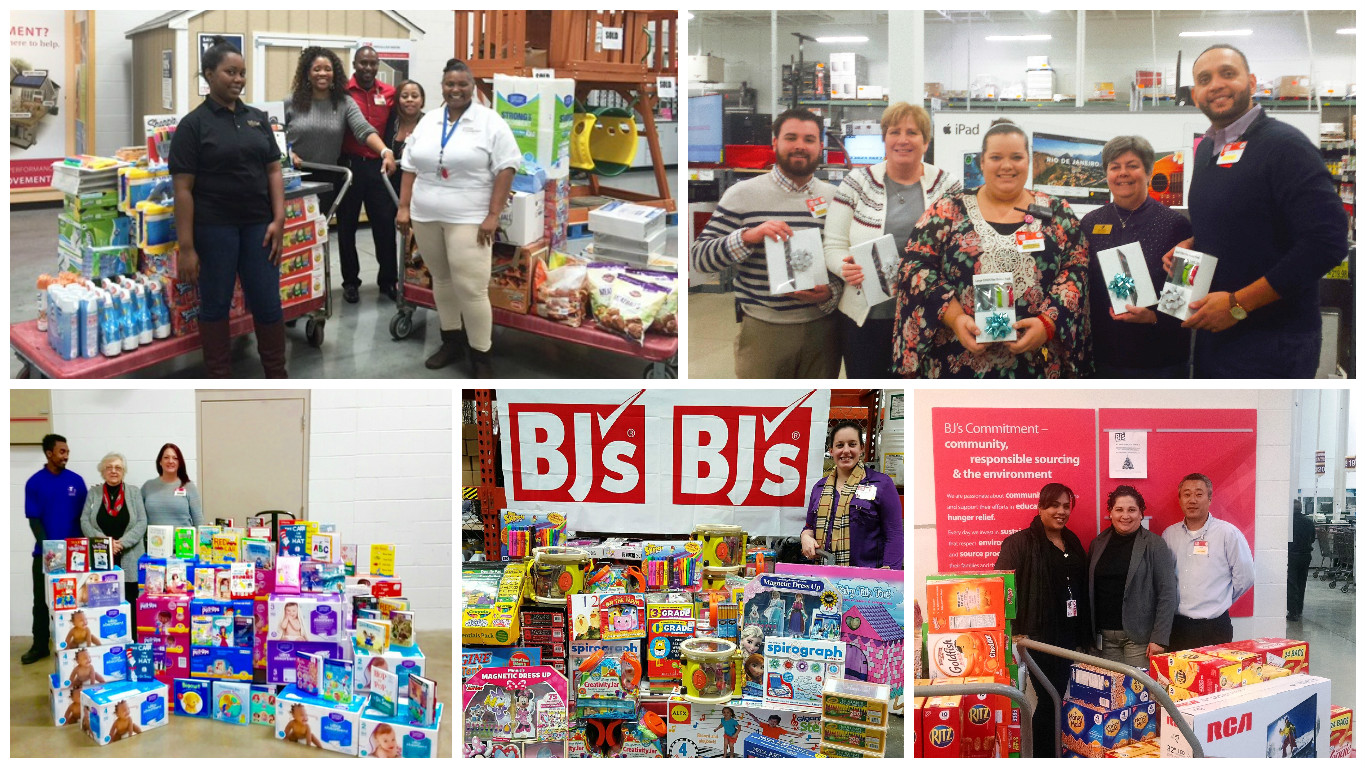