As originally featured on abc12.com

On April 6, 1917, a special session of congress declared war on the German Empire, officially signaling America's commitment to fight in World War I. A hundred years later, a local utility is observing the centennial. Consumers Energy presented a $2,500 check to the Michigan's Military & Space Heroes Museum in Frankenmuth on Friday. The money will help in their overall educational budget.

Read more on via abc12.com 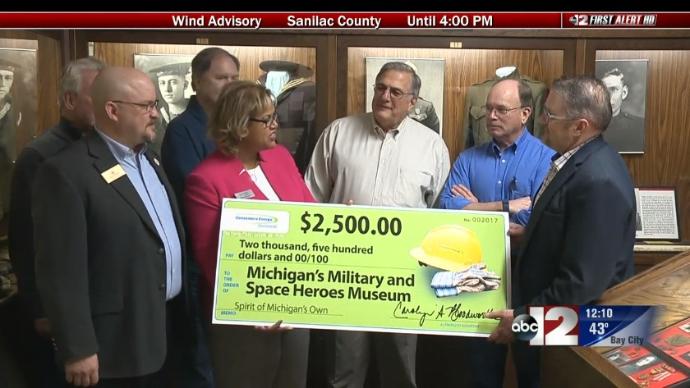