Founder of Bloomber LP, Michael Bloomberg on Climate Change, the UN, and Obama

Founder of Bloomberg LP Michael Bloomberg recently discussed his appointment as UN Special Envoy for Cities and Climate Change and his involvement with C40 Cities with Forbes.

Read the full interview on Forbes.

Bloomberg discussed how his time spent with C40 convinced him “of the power of cities to shape the global response to climate change”. Bloomberg points out that mayors have a “significant control” over many areas which contribute to carbon emission. So far C40 cities have taken more than 8,000 actions to reduce these emissions including PlanNYC, a program he launched as Mayor of New York in 2007, which has reduced the carbon footprint of NYC by 19% and added hundreds of acres of new parks. 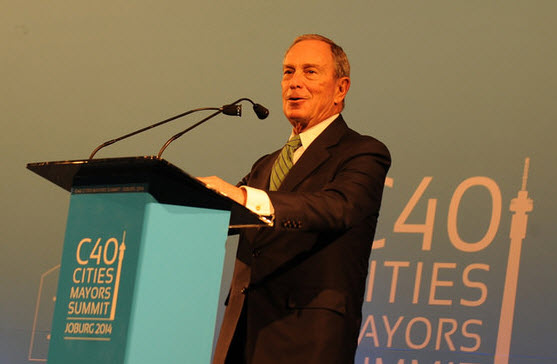