Mike Bloomberg, 108th mayor of New York City, founder of Bloomberg LP and currently President of the Board of the C40 Cities Climate Leadership Group (C40) has been appointed to serve as Special Envoy for Cities and Climate Change to the United Nations. In this role, Bloomberg will work with United Nations Secretary-General Ban Ki-moon to foster further climate actions among cities to combat the growing impacts of climate change and severe weather. As a Special Envoy, Bloomberg will consult with mayors around the world to spur both political commitment and concrete action. His role will also include providing city driven solutions for the 2014 Climate Summit that will be held in New York, September 2014.In the official press release, Bloomberg stated: “Cities around the world are taking bold, measurable action to reduce carbon emissions and become more resilient – and they have emerged as a leading force in the battle against climate change. Cities account for more than 70% of global greenhouse gas emissions and two-thirds of the world’s energy use today, and their total population is projected to double by 2050 - so the steps they take now to combat climate change will have a major impact on the future of our planet. Cities have shown they have the capacity and the will to meet this challenge – and I look forward to working with them and the United Nations to accelerate progress.” 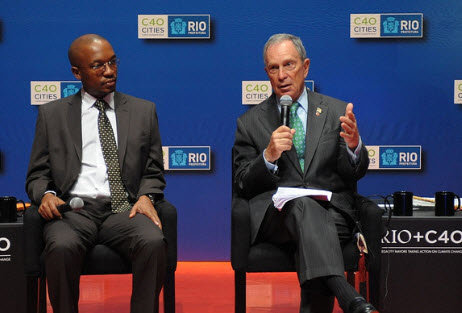