Making a Positive Impact and Investing in the Power of Youth

FINAL CALL FOR APPLICATIONS for 2015 Stephen J. Brady Stop Hunger Scholarships – apply by December 5!
Dec 2, 2014 1:45 PM ET
Tweet This:
It's #GivingTuesday and the final call for #scholarship applications. Apply by Dec. 5 to #GET5GIVE5 at http://bit.ly/1kkGHxB.
Multimedia with summary

Hunger exists in every community in our nation, from urban cities, throughout the suburbs, and across rural America. In fact, one out of every six Americans goes hungry each day, and 16 million of those at risk are children.

Sodexo Foundation created the Stephen J. Brady Stop Hunger Scholarships to reward students who are driving awareness and mobilizing young people to eliminate hunger across the country. Through this scholarship, Sodexo Foundation is proud to invest in the power of youth making a positive impact.

Each year, Sodexo Foundation selects up to five national scholarship recipients to receive a $5,000 scholarship, as well as a $5,000 grant made in their name to the hunger-related charity of their choice in their local community. National recipients also win a trip to Sodexo Foundation Dinner in June in Washington DC, where they are honored for their contributions. See a glimpse of the national winners at last year’s recognition event.

In addition, up to 20 Regional Stephen J. Brady Stop Hunger Honorees are selected to receive a $1,000 grant for the hunger-related charity of their choice.

To date, Sodexo Foundation has recognized 40 national scholars and 130 regional honorees with grants totaling $310,000 for their hunger-relief charities. In addition, the Foundation awarded the national award recipients with $180,000 in scholarships for the scholars’ education. The scholarship is open to students, ages 5-25, enrolled in an accredited educational institution in the United States. Applicants must have demonstrated on-going commitment to their community by performing unpaid volunteer services impacting hunger in the United States at least within the last 12 months. Added consideration is given to students working to fight childhood hunger.

The 2015 Stephen J. Brady Stop Hunger Scholarship recipients will be announced on June 15, 2015 at the 16th Annual Sodexo Foundation Dinner. Students making a positive impact in the fight against hunger, should apply by December 5 to #GET5GIVE5 in their hometown. Visit SodexoFoundation.org for more information and official rules. 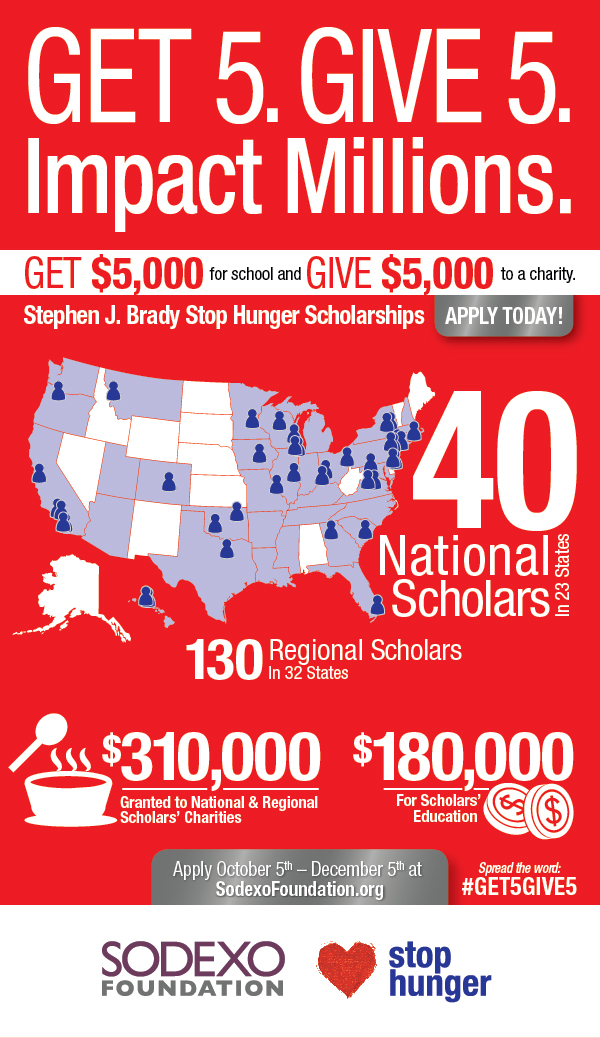 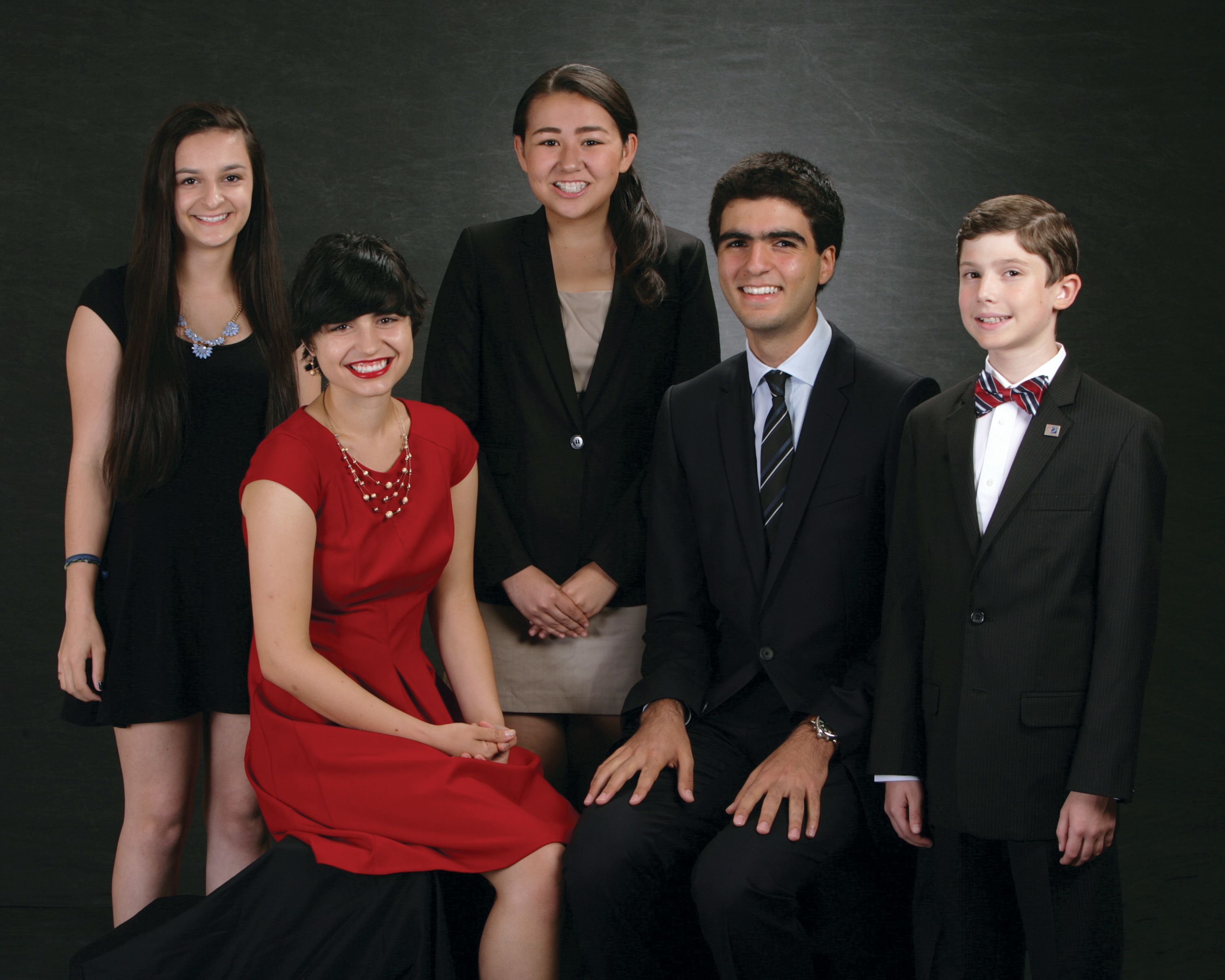