Experience the energy and intensity of preparing for the most celebrated marching band event, Honda Battle of the Bands, with North Carolina A&T University!

The Road to the Honda video series takes a behind-the-scenes look at the 8 bands that participated in the 2013 Battle of the Bands Invitational Showcase.

To watch more Road to the Honda videos, visit http://www.youtube.com/user/hondabotb

For more information on the 2014 Honda Battle of the Bands, visit http://www.hondabattleofthebands.com/

About Honda Battle of the Bands

The Honda Battle of the Bands was created to celebrate, support and recognize the excellence of Black college marching bands and the unique academic experience offered by Historically Black Colleges and Universities (HBCUs). Honda annually awards more than $205,000 in grants to participating marching bands during the program period. Honda Battle of the Bands is in its 12th year and we look forward to many more.

American Honda Motor Co., Inc., was founded in 1959 as the U.S. sales and marketing subsidiary of Honda Motor Co., Ltd.  Honda currently produces automobiles, motorcycles, all-terrain vehicles, lawn mowers and engines at its eleven major U.S. manufacturing operations, using domestic and globally sourced parts. Honda’s long-standing commitment to the support and success of the nation’s Historically Black Colleges and Universities began more than 20 years ago with the establishment of the Honda Campus All-Star Challenge, a program designed to showcase the academic gifts and prowess of HBCU students. American Honda established Honda Battle of the Bands 12 years ago as an effort to support HBCU music programs. 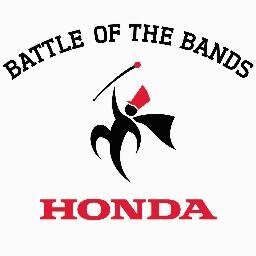