JACKSON, Mich., April 6, 2017/3BL Media/ – Consumers Energy this morning was again honored nationally for its excellence and commitment to energy efficiency with the ENERGY STAR® Partner of the Year – Sustained Excellence Award from the U.S. Environmental Protection Agency.

“We work to provide energy efficiency solutions that have helped Michigan households and businesses to save over $1 billion on their monthly energy bills since 2009,” said Ted Ykimoff, Consumers Energy’s director of energy efficiency programs. “We are grateful to receive this honor and will continue to help our customers reduce their energy use.”

This is the fourth time in five years that Consumers Energy has received an ENERGY STAR award, which recognizes businesses for their efforts to protect the environment through energy efficiency programs.

Officials from Consumers Energy will receive the award April 26 in Washington, D.C.

Consumers Energy offers an array of energy efficiency programs that are available for homes and businesses. The energy provider also has carried out efforts that raise public awareness of reducing energy waste and make an impact in Michigan communities:

About Consumers Energy
Consumers Energy  is one of the nation's largest combination utilities, providing electric and natural gas service to nearly 6.6 million of Michigan's 10 million residents, in all 68 Lower Peninsula counties. Our Growing Forward strategy calls for investing more than $6 billion in Michigan over the next five years. That includes significant investments in energy efficiency, renewable energy, environmental and customer service enhancements, and new power generation. The investments make Consumers Energy one of the largest investors in Michigan and will help the utility maintain and improve service to customers, create jobs, boost the state’s economy and expand the
state’s tax base.

About ENERGY STAR
The 2017 Partner of the Year – Sustained Excellence Awards are given to a diverse set of organizations that have demonstrated continued leadership in energy efficiency. In 2015 alone, ENERGY STAR and its partners saved American businesses and consumers $34 billion on their energy bills. For a complete list of 2017 winners, visit www.energystar.gov/awardwinners. ENERGY STAR has 16,000 partners working to protect the environment through greater energy efficiency, including manufacturers, retailers, public schools, hospitals, real estate companies and home builders. Since 1992, ENERGY STAR and its partners have saved American families and businesses $430 billion on their energy bills while achieving broad emissions reductions—including 2.8 billion metric tons of greenhouse gas emissions. 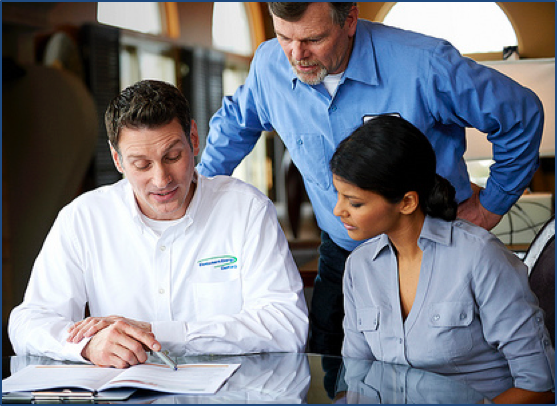