Nelson expanded the field of social entrepreneurship by growing a network of values-driven leaders interested in leveraging the power of business for social and environmental good. She often jokes that, in its early days, SVN was “where members went to remind themselves that they weren’t crazy.” In her 14 years at SVN, Nelson has supported thousands of innovative business leaders, impact investors, and social entrepreneurs.

“Deb has been a powerful connector and relationship builder at the leading edge of our movement for many years,” says Don Shaffer, RSF President and CEO.  “She's an absolutely phenomenal addition to our leadership team.”

Nelson is a long-time client and supporter of RSF.

“I have been a proud Social Investment Fund investor, and a big advocate of RSF’s work to leverage money as an agent for change,” said Nelson.

In her new role at RSF, Nelson will provide vision and guidance for RSF’s client engagement, relationship development, convening, and field building activities.

Nelson has been featured on the pages of Newsweek, The New York Times, and Conscious Company Magazine. She’s been highlighted as one of "100 Visionary Leaders" by Real Leaders magazine, and has spoken at SOCAP, TEDx Presidio, Wisdom 2.0, and many more national events.

She received a bachelor’s degree in English from Northwestern University, and a Masters of Business Administration from the Kellogg School of Management.

Nelson says she’s always had a calling to do meaningful work. Her a-ha moment as to what that work would entail came during a talk by Ben Cohen, co-founder of the ice cream company Ben and Jerry’s.

“When I heard him speak, I remember saying to myself, ‘I want to do that—I want to work to help build an economy that works for everyone,’” said Nelson.

In thinking about the future of the field, Nelson is strong-minded in her assertion that the best is yet to come.

“We know it’s possible to align values with money—we’ve demonstrated it time and time again,” said Nelson. “Now, it’s just a question of how quickly we can get people to vote with their dollars.”

Nelson lives in San Francisco with her two sons, Sam and Will. In her spare time, she mentors students studying sustainable business at Presidio Graduate School.

Located in San Francisco, CA, RSF Social Finance (RSF) is a financial services organization dedicated to transforming the way the world works with money. Since 1984, the organization has made over $275 million in loans and $130 million in grants to non-profit and for-profit social enterprises working in the areas of Food & Agriculture, Education & the Arts, and Ecological Stewardship. RSF's lending capital comes primarily from 1,500 individuals who have invested $1,000 or more in the organization's Social Investment Fund. Investors earn a competitive return on their money comparable to a certificate of deposit while their funds are deployed to leading social enterprises. To learn more, visit www.rsfsocialfinance.org. 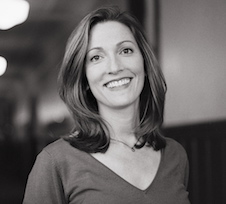