“To be recognized by the EPA five years in a row for Eastman’s commitment to energy management and environmental stewardship is a tremendous honor,” said Mark Costa, Chairman and CEO of Eastman. “At Eastman, we’re mindful that we manage energy-intensive operations, which is why we’re committed to implementing innovative solutions to maximize efficiency and reduce our environmental impact. Our worldwide energy team continues to lead the charge and engage our employees globally to make a positive difference. I could not be more proud of the success they are driving across the company.”

“By continued collaboration with ENERGY STAR, Eastman is helping Americans save money, save energy, and do their part to reduce our nation’s greenhouse gas emissions that exacerbate climate change,” said EPA Administrator Gina McCarthy. “I’m proud to recognize Eastman with the highest form of ENERGY STAR recognition, as the winner of the 2016 Partner of the Year – Sustained Excellence Award. Eastman demonstrates a strong commitment to energy efficiency and to preserving a healthy planet for future generations.”

The 2016 Partner of the Year – Sustained Excellence Awards recognize ongoing leadership across the ENERGY STAR program, including energy-efficient products, services, new homes, and buildings in the commercial, industrial, and public sectors. Eastman’s accomplishments will be recognized at an awards ceremony in Washington, D.C., on April 13, 2016.

About Eastman
Eastman is a global specialty chemical company that produces a broad range of products found in items people use every day. With a portfolio of specialty businesses, Eastman works with customers to deliver innovative products and solutions while maintaining a commitment to safety and sustainability. Its market-driven approaches take advantage of world-class technology platforms and leading positions in attractive end-markets such as transportation, building and construction, and consumables. Eastman focuses on creating consistent, superior value for all stakeholders. As a globally diverse company, Eastman serves customers in approximately 100 countries and had 2015 revenues of approximately $9.6 billion. The company is headquartered in Kingsport, Tennessee, USA and employs approximately 15,000 people around the world. For more information, visit www.eastman.com.

About ENERGY STAR
ENERGY STAR® is the simple choice for energy efficiency. For more than 20 years, people across America have looked to EPA’s ENERGY STAR program for guidance on how to save energy, save money, and protect the environment. Behind each blue label is a product, building, or home that is independently certified to use less energy and cause fewer of the emissions that contribute to climate change. Today, ENERGY STAR is the most widely recognized symbol for energy efficiency in the world, helping families and businesses save $362 billion on utility bills, while reducing greenhouse gas emissions by more than 2.4 billion metric tons since 1992. Join the millions who are already making a difference at energystar.gov. 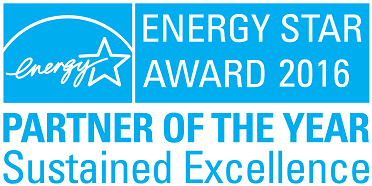