OAKLAND, Calif.,March 28, 2013 /3BL Media/ - Fair Trade USA, a nonprofit organization and the leading third-party certifier of Fair Trade products in North America, today launched a new initiative to help small-scale farmers fight the devastating outbreak of coffee leaf rust in Central America. Experts believe the outbreak could decrease coffee production in the region by 30 to 50 percent over the next two years. The new Rust Response Fund, to which Fair Trade USA will contribute a minimum of $50,000, provides consumers and businesses a direct, tangible way to support coffee farmers as they work to fight and prevent rust in this important coffee-growing region.

Rust, aka roya, is caused by the fungus Hemileia Vastatrix. It infects individual coffee leaves, eventually inhibiting the plant’s ability to produce cherries. The scale of this particular outbreak has already led Guatemala to declare a state of emergency. Coffee farms in Honduras, Nicaragua, Guatemala, Costa Rica and El Salvador are among the most affected.

Small-scale farmers in these regions are particularly vulnerable to rust due to high poverty levels and the inability to invest in proper prevention techniques. “This is a critical moment for small producers,” said Antonio Cordon of CRECER. “Those that can’t update their farming techniques will be forced to abandon production.”

To help address this crisis, Fair Trade USA has set up a Rust Response Fund, to which individuals, companies and organizations can donate directly. One hundred percent of the money collected, in addition to $50,000 from Fair Trade USA, will be granted to Fair Trade producer organizations to invest in specific rust-related projects. Producer groups will apply directly to Fair Trade USA for the funding; final selections will be made by an external committee comprised of industry members, NGO representatives and agronomy specialists on June 16, 2013. Grant monies can be used on projects such as: plant rehabilitation, farmer training, organic application, soil management, and hiring rust consultants.

“Fair Trade USA is in a unique position to empower both coffee drinkers and coffee producers to invest in the future of this important commodity,” said Ben Corey-Moran, Director of Coffee Supply at Fair Trade USA. “Our rust fund, together with the individual and collaborative efforts of the entire coffee industry, can help farmers protect their coffee lands for generations to come.”

Fair Trade USA, a nonprofit organization, is the leading third-party certifier of Fair Trade products in North America. Fair Trade USA audits and certifies transactions between companies and their international suppliers to ensure that farmers and workers were paid fair prices and wages, work in safe conditions, protect the environment, and receive community development funds to empower and improve their communities. Fair Trade USA also educates consumers, brings new manufacturers and retailers into the Fair Trade system, and provides farming communities with tools, training and resources they need to thrive as international businesspeople. Visit www.fairtradeusa.org  for more information. 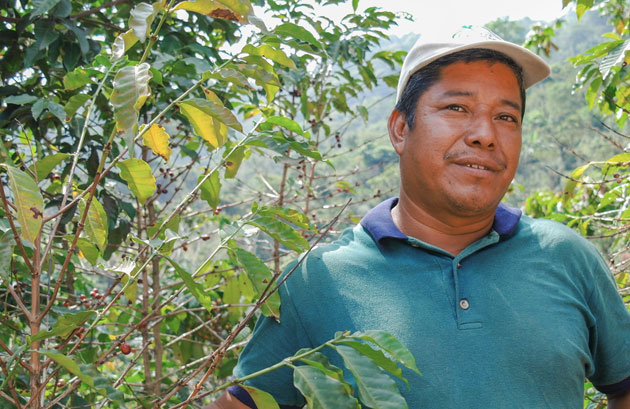