NEW YORK -- In his second stint as CEO of the company he founded and after 12 years in public office, Michael Bloomberg believes that leading from the front is as applicable in business just as it is in politics.

In an interview with the Nikkei, he explains how an ability to predict what customers are likely to want in the future has been a key to his company's success.

Q: We would like to begin with the current state and the future of the financial information industry. A few emerging companies are starting to catch up to Bloomberg. How do you see the current business landscape?

A: Before we started the company, while the company has been going and long after we're gone, there will always be competitors, there will always be new companies forming with new ideas and new functionality. And they'll be ... the companies that [at some point in the future] will include the conventional wisdom of how you should run companies and how products should look. We can't worry about what other people do. For 32 years I've not worried about it, and we're probably stronger today than we've ever been. But if we sit back, we won't survive. I don't think there are very many companies in the media business, the technology business, the news business, however you want to define it, that have been around for 32 years and are still at the top of their game. 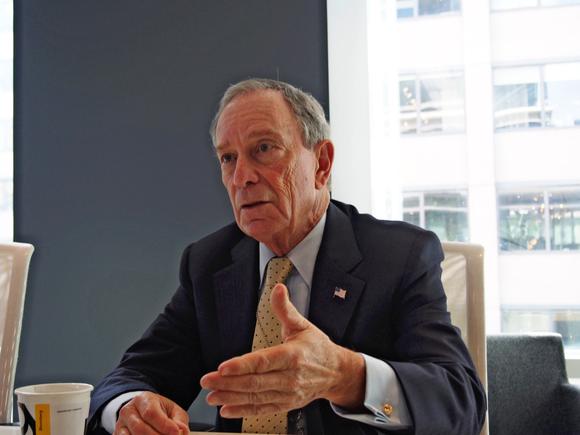