The organizations announced plans to distribute $100,000 in new Michelin/FIA Teen Road Safety Grants in 2015. The grants continue the goals of Michelin’s Beyond the Driving Test campaign, launched in partnership with the FIA in 2014 to raise awareness of tire maintenance and safety among new drivers. The new grants also celebrate the North American debut of the FIA-sanctioned Formula E Championship, the highest class of competition for electrically powered cars.

Non-profit and educational organizations with networks in the greater Miami and Los Angeles areas are encouraged to apply for the grants by downloading an application at www.beyondthedrivingtest.com and submitting it by Feb. 15, 2015.

The winning organizations will be announced in March 2015. The first two cities in this pilot program were chosen to align with the U.S. stages of the Formula E racing circuit, which takes place in Miami in March 2015 and Long Beach, Calif., in April 2015.

Michelin has partnered with the FIA since 2011 through a shared commitment to innovation and road safety and is a founding partner of Formula E. The Formula E Championship series, with its need for an alternative energy-powered engine that delivers consistent performance at speeds topping 140 miles an hour, represents the future of automotive racing and sets a new standard for innovation. A unique feature of the series is the plan to leave a lasting legacy behind in the communities in which the races are held.

“As we identified in our teen and parent survey for Beyond the Driving Test, there is a significant gap among teens today in understanding even the most basic tire safety information,” said Pete Selleck, chairman and president of Michelin North America. “We encourage road safety organizations large and small to apply for these grants so we can help get teens the information they need and close this dangerous safety gap.”

Each Michelin/FIA Teen Road Safety Grant will focus on local activation in the greater Miami and Long Beach areas. Key criteria for programs selected include the following;

Michelin will evaluate long-term funding support for the programs based on outcomes from the pilots in Miami and Long Beach.

Road safety for young drivers is a major issue. Automobile accidents are the No. 1 killer of teens in America, with more than 5,000 deaths each year[1]. Of the 2.2 million vehicle accidents taking place annually, 12 percent are among inexperienced drivers and involve tire-related issues such as insufficient tire tread or improperly inflated tires. To help teens and parents brush up on their car and tire maintenance skills, Michelin and the FIA are making resources available at beyondthedrivingtest.com.  Longer term, the two organizations are committed to rallying the industry, calling for all 50 states to include tire safety information in their official driver's education materials by 2020.

About Fédération Internationale de l'Automobile (FIA)
The FIA is the governing body for world motor sport and the federation of the world’s leading motoring organizations. Founded in 1904, with headquarters in Paris, the Fédération Internationale de l'Automobile (FIA) is a non-profit making association. It brings together more than 230 national motoring and sporting organizations from over 134 countries on five continents. Its member clubs represent the interests of millions of motorists and their families. The FIA is also the governing body for motor sport. It administers the rules and regulations (including safety regulations) for all international motor sport. 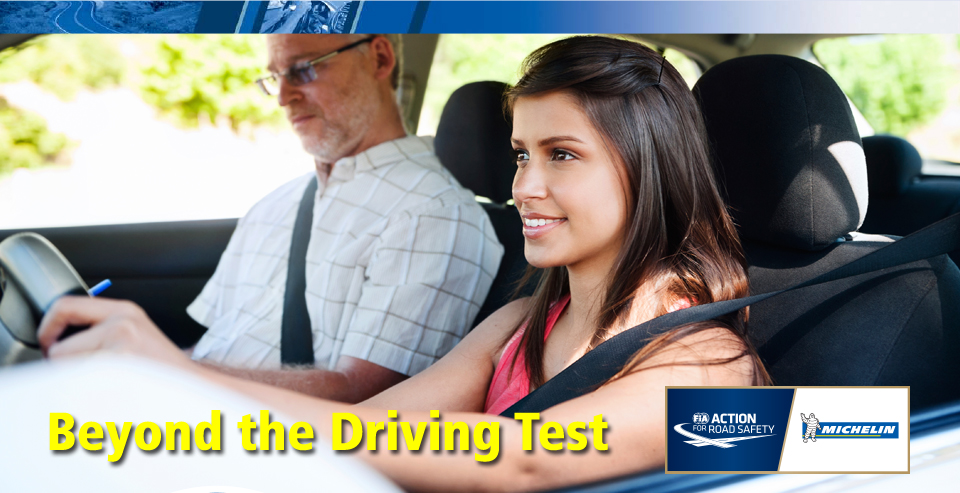