2016 marks 30 years of commitment by the Novartis Foundation to support people affected by leprosy and to end this ancient disease
Jan 31, 2016 2:00 PM ET
Tweet This:
Novartis Foundation commemorates World Leprosy Day with its continued efforts to go the last mile toward elimination http://3bl.me/gf82p4
Summary:
Press Release

Basel, January 31, 2016 /3BL Media/ – On World Leprosy Day 2016, the Novartis Foundation calls for a greater global commitment to the fight against leprosy to support efforts towards zero transmission of the disease and to reduce stigma. The Novartis Foundation continues to work with partners around the world on early detection and treatment of leprosy, proactive surveillance, the development of diagnostic tools, and contact tracing with preventative treatment.

“The dream of the Novartis Foundation is that we see the day when the number of people newly diagnosed with leprosy – especially children – is zero,” said Dr. Ann Aerts, Head of the Novartis Foundation. “Though we have seen a large reduction in the prevalence of the disease in the last 30 years, we cannot stop now. The last mile to eliminate leprosy will be tough, and to succeed we need greater awareness, more resources, and innovation. It is important for leprosy to be put back on the global health agenda to make this happen.”

2016 marks 30 years of commitment from the Novartis Foundation in the fight against leprosy, beginning with initiatives to improve access to treatment, quickly followed by the development of innovative programs to improve access to healthcare services, reduce stigma and support patient rehabilitation. Now the goal of the Novartis Foundation is to accelerate the elimination of leprosy with a rigorous strategy to interrupt its transmission.

Significant progress in the fight against leprosy has been one of the greatest public health successes. Global figures from the World Health Organization (WHO) on leprosy highlight these early successes, showing that the global burden of leprosy has been reduced by 95% since the 1980s. This is due in large part to the widespread availability of multidrug therapy (MDT) which has reached 16 million patients since 1981.

However, the case detection rate (incidence) for leprosy has now plateaued at about 200,000–250,000 new diagnoses per year over the past 10 years and the disease remains endemic in high-burden pockets in many countries in Asia, Africa and Latin America.1

New diagnoses occur in children as well as adults, which indicates continued transmission of the disease, and too many patients are diagnosed late and with irreversible disabilities.

The challenge of the last mile in the fight against leprosy is to interrupt transmission.

In 2014, the Novartis Foundation launched a new leprosy elimination strategy developed with the top leprosy and disease elimination experts. The strategy includes four pillars: early detection and treatment, contact tracing and preventative treatment, strengthening of surveillance systems to become action-oriented and the development of diagnostic tools for faster and earlier diagnosis.

Multidrug therapy (MDT) consists of three drugs (rifampicin, clofazimine and dapsone), two of which (rifampicin and clofazimine) were developed in the research laboratories of Novartis. MDT has made it possible to treat patients, interrupt the transmission of leprosy and prevent disabilities. Even some patients with the severest form of the disease show visible clinical improvement within weeks of starting treatment.

Novartis and the Novartis Foundation have a long-term commitment to leprosy treatment and control. Since 2000, Novartis has donated more than 56 million blister packs valued at approximately USD 90 million through the World Health Organization (WHO), helping to treat more than six million leprosy patients worldwide.

In 2015, Novartis renewed its pledge with the WHO to work to end leprosy by extending its donation of MDT medicines to treat leprosy to all patients worldwide through the year 2020. Overall it is expected that the program will reach an estimated 1.3 million patients during the next five years. This is part of the company’s commitment in 2012 to the London Declaration on Neglected Tropical Diseases.

The Novartis Foundation has been active in the fight against leprosy for 30 years, previously focusing on innovative social marketing programs to reduce the stigma attached to leprosy and supporting patient rehabilitation. The current focus of the foundation is to interrupt the transmission of the disease in an effort to go the last mile to elimination.

This press release contains expressed or implied forward-looking statements, including statements that can be identified by terminology such as “continued,” “efforts,” “commitment,” “strategy,” “focused,” “calls for,” “continues,” “dream,” “will,” “goal,” “launched,” “pledge,” “work to,” “expected,” “effort,” “aim,” or similar expressions. Such forward-looking statements reflect the current views of the Group regarding future events, and involve known and unknown risks, uncertainties and other factors that may cause actual results to be materially different from any future results expressed or implied by such statements. These expectations could be affected by, among other things, risks and factors referred to in the Risk Factors section of Novartis AG's current Form 20-F on file with the US Securities and Exchange Commission. Novartis is providing the information in this press release as of this date and does not undertake any obligation to update it in the future.

The Novartis Foundation is a philanthropic organization pioneering innovative healthcare models that can have a transformational impact on the health of the poorest populations. We work hand-in-hand with our local and global partners to catalyze scalable and sustainable healthcare models to improve access and health outcomes, and to accelerate elimination of leprosy and malaria by focusing on interventions that aim to interrupt transmission. Everything we do is grounded in evidence and innovation, and our work is a continuous cycle of evaluation, adaptation and application. In 2015, the operational budget for the foundation was CHF 12 million and our programs reached 4.5 million people. 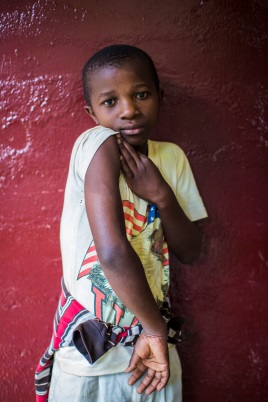 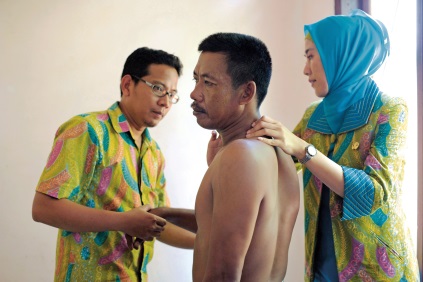 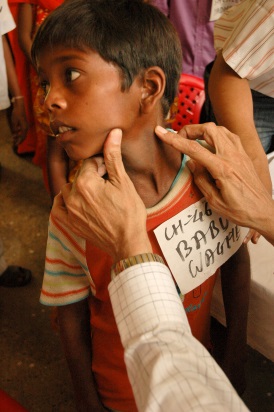 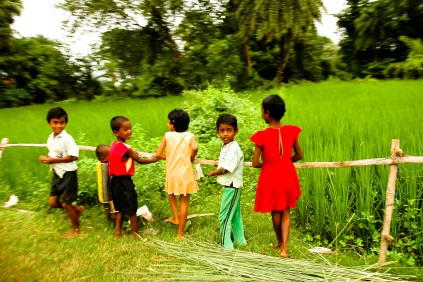 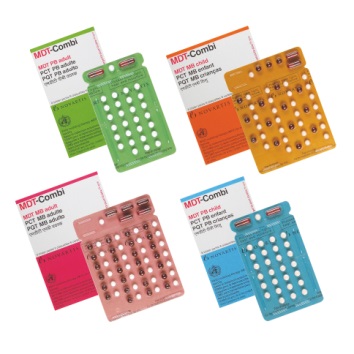