BRASILIA, Brazil, August 6, 2015 /3BL Media/ – The Novartis Foundation is convening experts from the global health and anti-leprosy community to discuss the current state of leprosy treatment and care, and how best to move forward together in the mission to finally eliminate leprosy.

The two-day dialogue event “The last mile to leprosy: innovation, integration and collaboration” is being held in Brasilia, Brazil and is co-hosted by the Novartis Foundation, the Nippon Foundation and Coordenação Geral de Hanseníase e Doenças em Eliminação in the Ministry of Health, Brazil. The event, chaired by the President of the International Leprosy Association Dr. Marcos Virmond, will cover the social challenges still faced by leprosy patients and the work being done to improve detection, treatment and care for these patients, including experiences from across Latin America.

“Although it may seem we have reached the 99th mile of this 100 mile long journey, the final mile to elimination will not be an easy road to complete. I am hoping that this dialogue will bring stakeholders together to take a fresh step forward toward the elimination of leprosy (also known as Hansen’s disease), once and for all,” said Mr. Yohei Sasakawa, World Health Organization (WHO) Goodwill Ambassador for Leprosy Elimination, Nippon Foundation.

Leprosy is treatable and multidrug therapy (MDT) provided in the early stages considerably reduces the risk of developing lifelong disabilities.

Thanks to the widespread availability of MDT and the efforts of the WHO and the anti-leprosy community, the global burden of leprosy has been reduced by 95% since the 1980s – a huge public health success story.1, 2

However new leprosy patients continue to be detected. Over the last decade, the number has plateaued between approximately 200,000 and 250,000 new patients diagnosed each year, with persistent high-burden pockets of disease across Asia, Africa and Latin America.1

The WHO reports that 215,000 new patients were diagnosed in 2013 globally. Among the new patients, many had severe disabilities, reflecting low awareness in the communities and sub-optimal capacity of health systems to detect the disease early. In addition, children are also still being diagnosed, which suggests continued transmission of the disease.1

The Novartis Foundation is working to accelerate the elimination of leprosy by focusing on interventions to interrupt transmission. With partners around the world, the foundation supports the execution of a new strategy that includes early detection and treatment, contact tracing and preventative treatment, surveillance and response and the development of diagnostic tools for faster and earlier diagnosis. “By 2020, we aspire to have demonstrated the efficacy of the interventions being tested as part of our new leprosy elimination strategy, and be moving them into national leprosy programs around the world,” said Dr. Ann Aerts, Head of the Novartis Foundation.

A key program in the new strategy is LPEP (Leprosy Post-Exposure Prophylaxis), designed to decrease the risk of developing leprosy and reduce further transmission of the mycobacteria causing the disease. In this project, being done in collaboration with International Federation of Anti-Leprosy Associations (ILEP) partners,  the family, friends and other contacts of newly diagnosed patients are examined for leprosy and provided treatment if they also have leprosy, or preventative therapy if they are asymptomatic. This could decrease the risk of contacts developing leprosy in the years following contact by as much as 50-60%.3 LPEP has now launched in India, Indonesia, Myanmar, Nepal and Tanzania, with a pilot in Sri Lanka planned for launch later this year.

Novartis AG has committed to continue to support the donation of MDT to all patients worldwide through to 2020.

The Novartis Foundation is a philanthropic organization pioneering innovative healthcare models that can have a transformational impact on the health of the poorest populations. We work hand-in-hand with our local and global partners to catalyze scalable and sustainable healthcare models to improve access and health outcomes, and to accelerate elimination of leprosy and malaria by focusing on interventions that aim to interrupt transmission. Everything we do is grounded in evidence and innovation, and our work is a continuous cycle of evaluation, adaptation and application. In 2014, the operational budget for the foundation was CHF 12 million and our programs reached 3.6 million people.

This press release contains expressed or implied forward-looking statements, including statements that can be identified by terminology such as “efforts,” “will,” “move forward,” “mission,” “hoping,” “aspire,” “aim,” or similar expressions. Such forward-looking statements reflect the current views of the Group regarding future events, and involve known and unknown risks, uncertainties and other factors that may cause actual results to be materially different from any future results expressed or implied by such statements. These expectations could be affected by, among other things, risks and factors referred to in the Risk Factors section of Novartis AG's current Form 20-F on file with the US Securities and Exchange Commission. Novartis is providing the information in this press release as of this date and does not undertake any obligation to update it in the future. 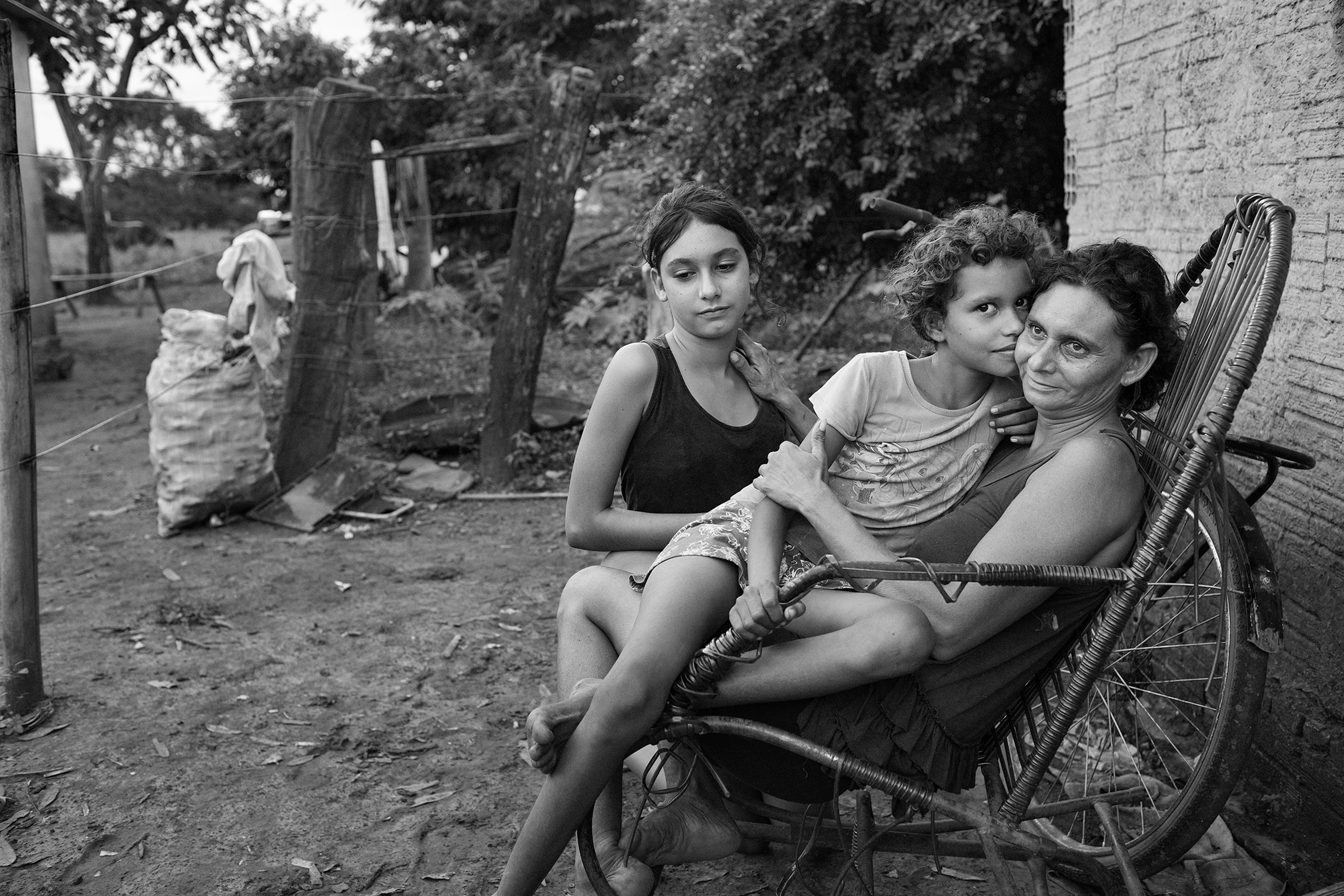 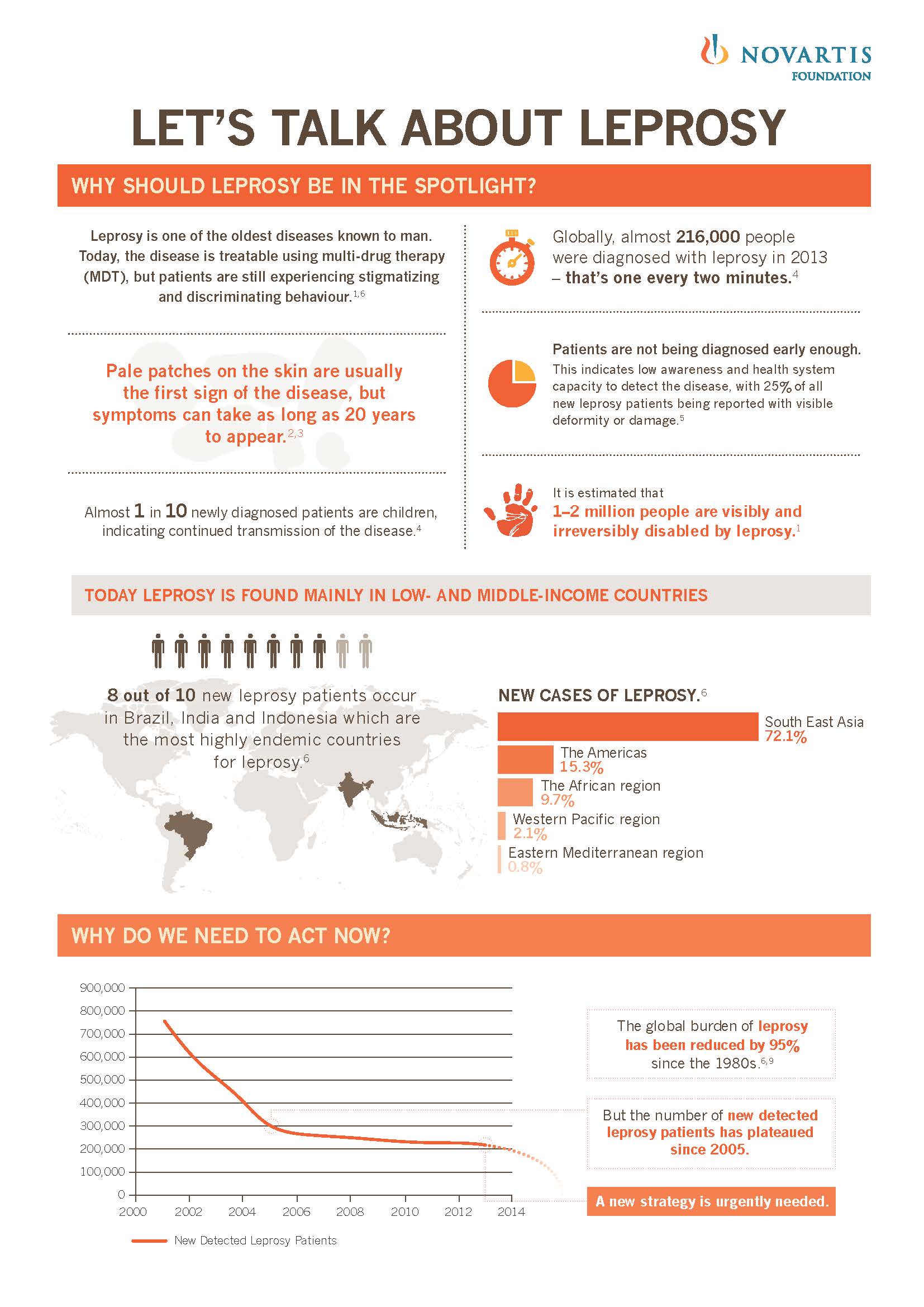 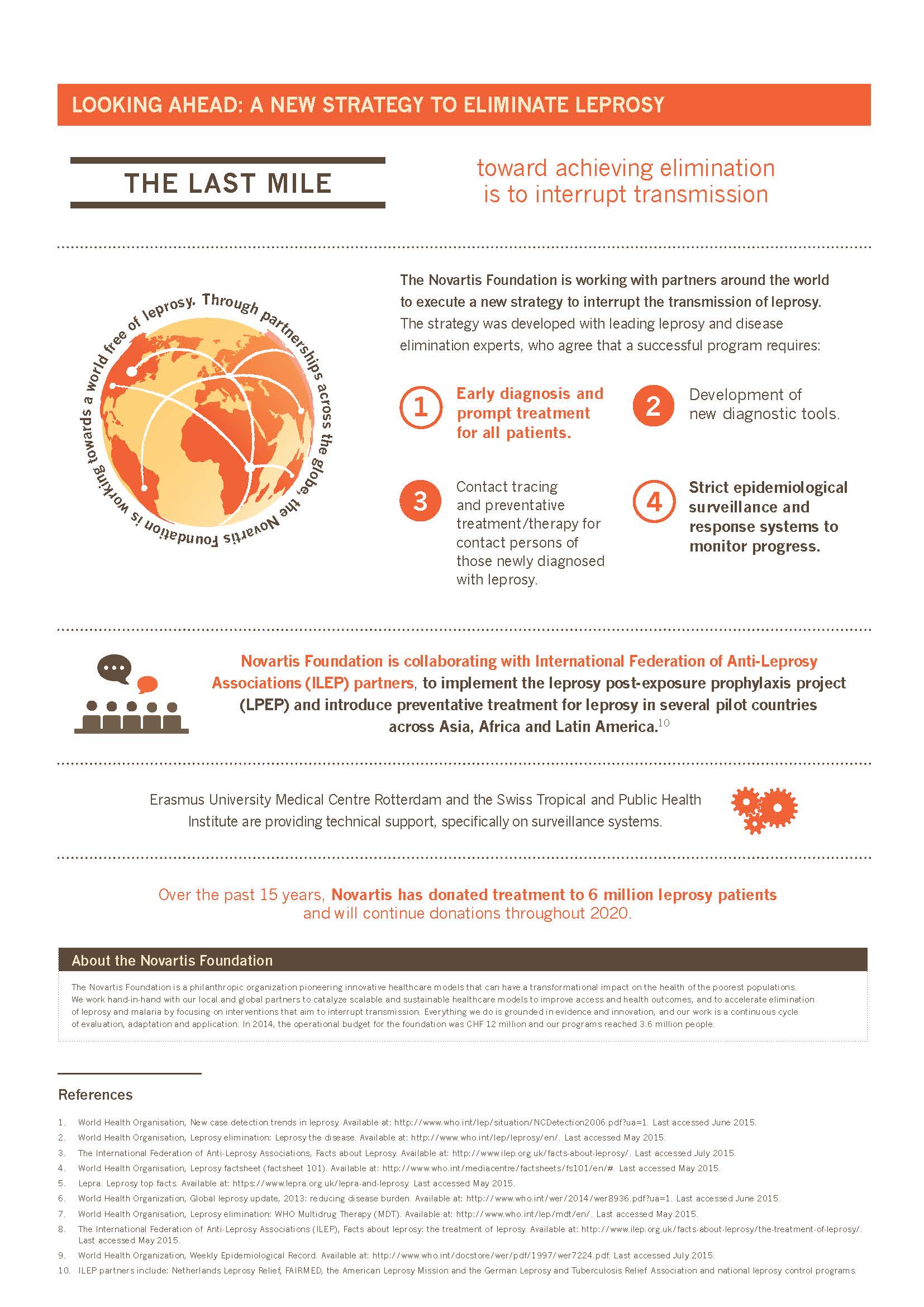