The team’s highest rankings were in the areas of ‘fairness’ and ‘pride’, with 97% of Associates reporting they want to work at Mars for a long time and 97% saying their facilities contribute to a good working environment.

To celebrate this accomplishment Royal Canin Poland held a Great Place to Work Celebration for their Associates at four sites, and they now plan to hold Great Place To Work workshops to identify areas of progress.

In 2013, Mars was also recognized by 19 Great Place to Work® Best Companies to Work For lists including (with ranking as applicable): Argentina(6), Austria(4), Belgium(5), Brazil(24), Central America(5), Chile(8), Denmark(14), Finland (8) France(3), Greece(5), Ireland(1), Italy(3), Japan(25), Korea, Poland(7), Portugal(7), Spain(10), Switzerland(9) and USA(95) and being featured 16th on the 25 Best Multinational Workplaces in Europe list as well. In 2013, Mars was also featured on other national workplace lists including Australia (Aon Hewitt), Mexico (6 in Super Empresas), New Zealand (Kenexa Best Workplaces Award for the Medium-Large Workplace category) Thailand (Aon Hewitt), United Kingdom (58 in Times Top 100 Employers).Click here to find out more about what its like to work at Mars. 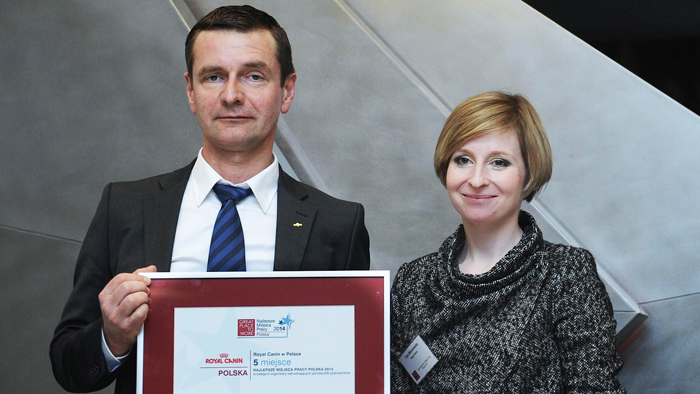