June 11, 2015 /3BL Media/ - Ben Davis was working 50 hours a week to support his family. When he heard of the Center for Advanced Film Manufacturing (CAFM) and the potential to enter the window film workforce, he knew it was a great opportunity.

“It was a struggle taking care of my wife and one-year-old girl on a few hours of sleep, but I kept my eyes on the goal of a career working with Eastman,” Davis said.

CAFM launched in September and graduated 12 people in May. Seven of those graduates have been hired as Eastman team members at the Fieldale and Patriot Centre sites. Three other graduates – including Davis -- were already working at the Patriot Centre and pursued the certification to improve their skills.

“It’s far exceeded my expectations in all positive ways,” human resources manager Charles Fraley told the Martinsville Bulletin newspaper. “We have a very diverse group that comes in through the college. People who are re-entering the workforce, people who are looking to begin careers-you get people from all walks of life and all different experience levels. It’s really been a pleasure to be a part of it, and I’m really excited for year two.”

One of this year’s graduates is Zachary Mitchell. Mitchell said CAFM represents a powerful commitment Eastman is making in the Martinsville-Henry County area.

“I think (Eastman is) setting bars for other people,” Mitchell said. “For them to invest this much time and money into (the community), I think they’re setting the bar for a lot of companies that want to come this way and invest in business.”

“We love to compete at Eastman,” Fraley said. “We want to be a premier employer in the community. For us, the more people who come out of the program and walk into a job from day one, the better for everyone. We all win when that happens. We’ve never shied away from competition, and we’re not going to start now.” 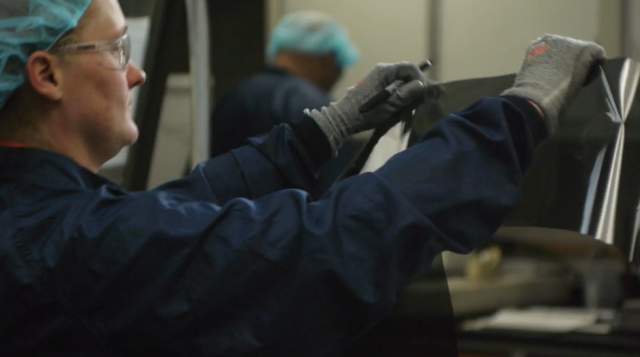