Children and families members gathered at the Fort Worth Stockyards Station earlier this month to climb aboard for the 6th annual BNSF Railway Make-A-Wish train ride. Organized for children suffering from life-threatening medical conditions, the event provided an afternoon of enjoyment where the focus is on fun and family, rather than illness.

The three-hour train ride through North Texas was staffed entirely by volunteers, including about 100 BNSF employees and their family members. Special guests, including face painters, clowns and the BNSF Police K-9 unit, offered additional activities to entertain the kids.

“I have volunteered on the Make-A-Wish train ride before, but this year’s trip was especially impactful for me and my family,” said Brian Williams, chief special agent, BNSF Police. “During the ride, a 4-year-old boy ran up to me and told me his name was Timmy. My wife Jenn and I watched Timmy do the chicken dance, hug clowns and have fun as a child should.”

Timmy’s mother told the couple that her son has leukemia, and has had several different treatments, including bone marrow transplants, none of which have been successful.

“She told us that the week before the train trip, Timmy had been moved to hospice care,” said Williams. “Meeting this little boy was so impactful. It was gratifying to see that Timmy didn't have to think about treatment while on the train trip, but was able to play. Life is not fair sometimes, but in a small way, my family helped bring a smile to a child who has already been through so much.”

More than 400 guests attended the event, the majority representing Make-A-Wish. Organizers also reached out to Fort Worth Police Department charities and other organizations that serve children, including the Latino Police Officers Association and Big Brothers, Big Sisters.

Linda Douglas, BNSF Police administrative assistant, co-chaired the event. “It was a full house this year,” said Douglas. “There was so much laughter and fun aboard the train. It is wonderful to see these children able to act like children.”

The BNSF Railway Foundation also made a $5,000 donation to the Make-A-Wish organization. 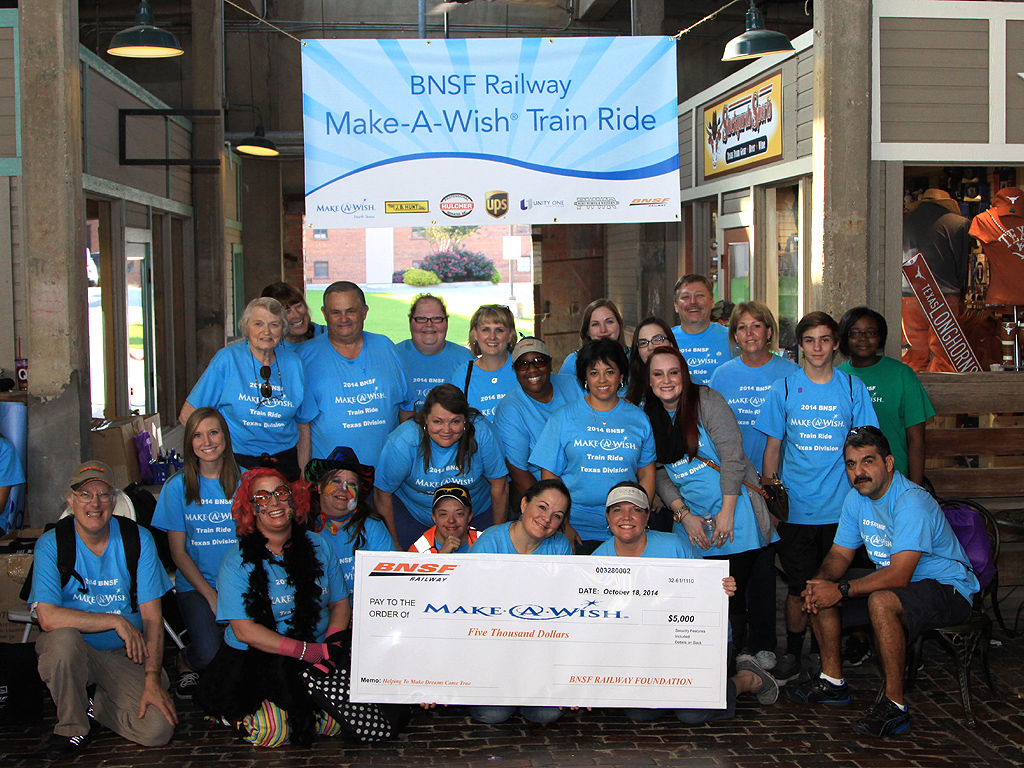 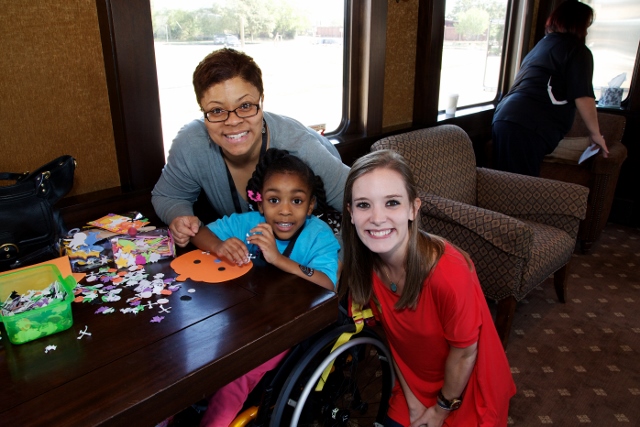 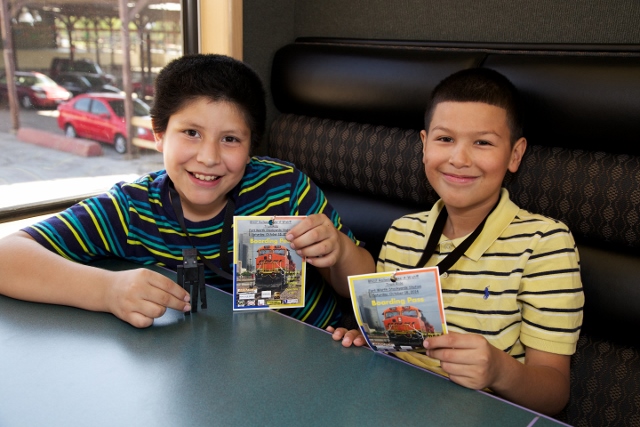