In the company’s first-ever Twitter contest, BNSF Railway is asking California high school students and teachers to get the word out about safety around railroad tracks. The contest is being held in coordination with the Riverside (Calif.) Unified School District, Operation Lifesaver and the Southern California Rail Safety team.

Five public high schools in Riverside are participating: Arlington, King, North, Poly and Ramona. The school with the most tweets promoting rail safety wins $15,000. Through the third week of September, Twitter recorded about 80,000 tweets relevant to the campaign.

“We commend BNSF on its commitment to safety in our community and proclaim September as Rail Safety Month in the City of Riverside,” noted Riverside Mayor Rusty Bailey, a former teacher in the district.

“It’s imperative to reinforce this message to help keep students in Riverside safe as the new school year starts.”

The safety campaign started Sept. 1 and runs through Sept. 30, 2014, to coincide with the beginning of the school year and Rail Safety Month.

“This contest has been a tremendous success in many ways,” said Steve Neubauer, BNSF’s director, Field Safety Support. “The students’ creativity is amazing. We’ve seen awesome videos and great pictures. This is the first time we have used social media to promote an important safety message in a contest setting.”

Safety messages can include “Look, Listen and Live,” “Stay Off, Stay Away, Stay Alive,” “I pledge to stay safe around railroad tracks,” and “See Tracks? Think Train!”

Students post their messages  on their personal Twitter account, and each school has a unique hashtag in order for their tweets to be counted. Schools can earn extra-credit points for other activities (such as pep rallies or safety booths).

The school with the most tweets will receive a $15,000 donation, and other participating schools will each receive $2,000. Participants are also eligible for “chances to win” prizes such as Apple iPads, Kindle Fires, Sony PlayStation Portables or similar technology.

“BNSF is pleased to support our local schools here in Riverside, while educating students and encouraging them to share messages about safety near railroad tracks,” said Lena Kent, director, Public Affairs. “We hope that students will learn from their peers to stay alert, obey signs, and understand the danger of trying to beat trains and trespassing on railroad right of ways.”

The winning school will be announced in early October and the grand prize awarded during a special awards presentation.

To view tweets from the contest, log in to Twitter and enter #stayoffthetracks into the search field. 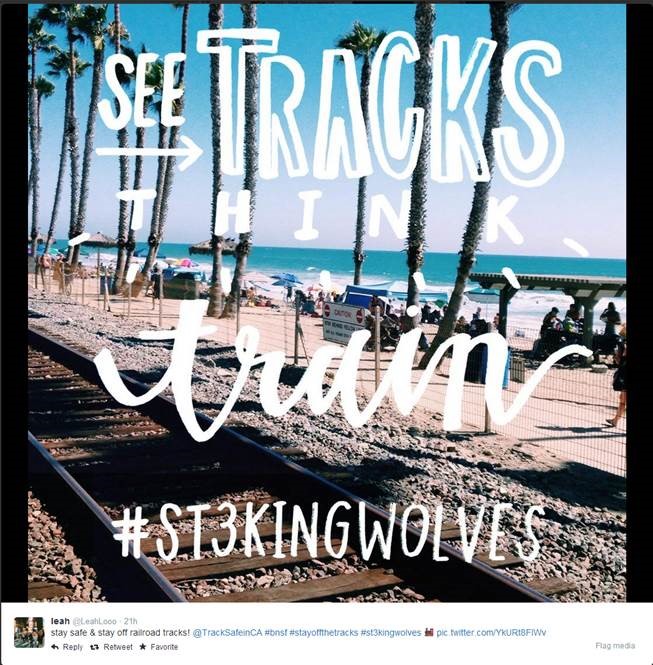 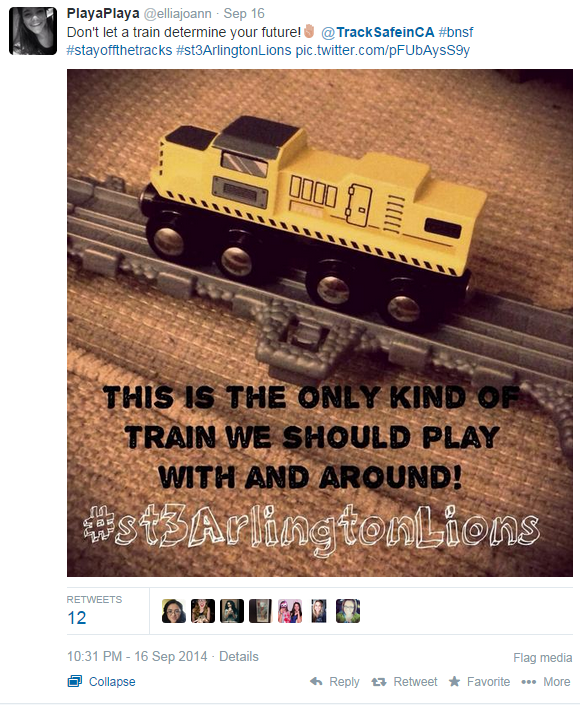 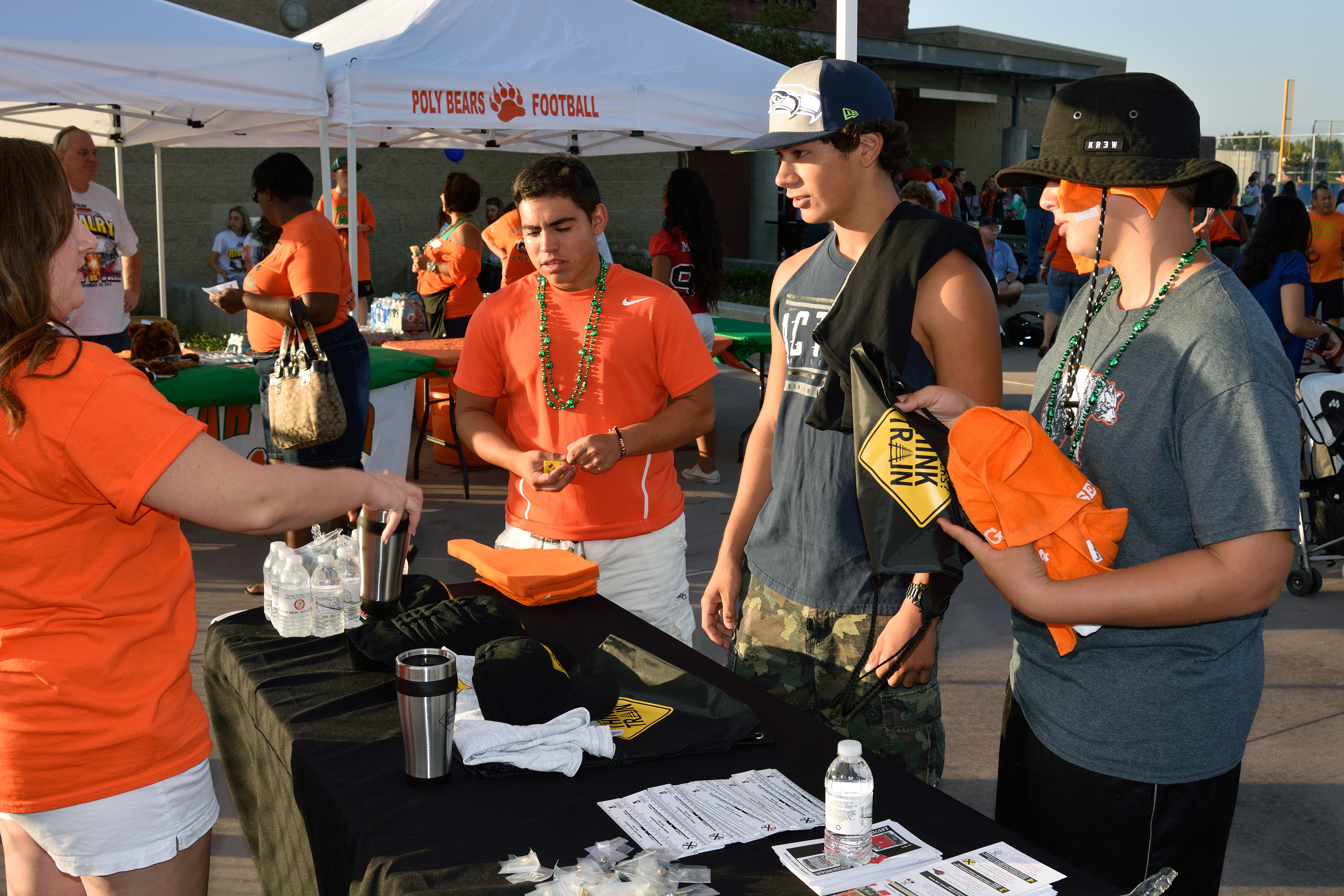 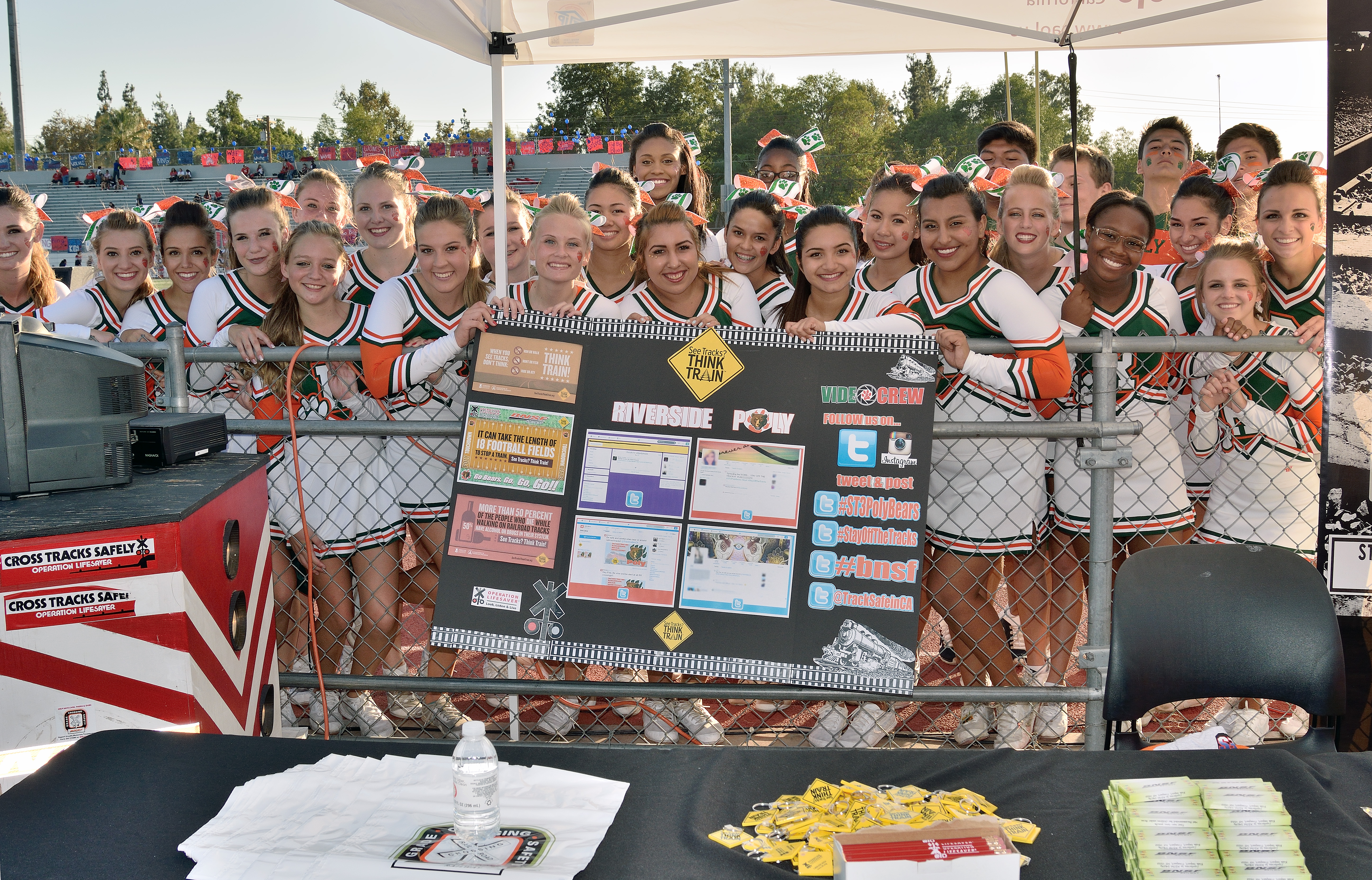