After six seasons and 121 episodes, FOX's pioneering musical series Glee came to an end on Friday, March 20. The series leaves behind not only a long record of industry successes, including six Primetime Emmy Awards, four Golden Globes, and more than 200 singles in the Billboard Hot 100, but also a long legacy of leveraging its popularity to have a positive impact on society.

Glee devoted scores of episodes to issues relevant to young people, from bullying and teen pregnancy to physical disability and texting while driving, and the series inspired a renaissance in school music programs. A 2010 study by the National Association for Music Education found that 43% of high school choral instructors attributed the rise in interest and participation in their programs to the success of Glee. The cast and creative team at the show recognized this early on and supported school arts programs throughout the show's run.

Glee also became known for its nuanced representations of the LGBT community. At its 26th annual award ceremony on March 21st, the LGBT advocacy organization GLAAD gave the show a Special Recognition Award for "consistently introducing groundbreaking LGBT characters and storylines." Joe Earley, Chief Operating Officer at Fox Television Group, accepted the award on behalf of the show, and trans actor Alex Newell, who played Wade "Unique" Adams on the show, gave a special performance of "I Know Where I've Been" from Hairspray and received a standing ovation. 21st Century Fox and Fox Networks Group were Titanium Sponsors of the event.

The show's track record of positive representations of LGBT characters was part of its larger commitment to feature those who had traditionally been underrepresented on television, including LGBT characters, people of color, and characters with physical or mental disabilities. Ryan Murphy, who created Glee along with Brad Falchuk and Ian Brennan, has been outspoken about this aspect of the show: "I wanted to talk about the underdog element in society: the pregnant girl, the gay kid, the kid in a wheelchair, the African-American girl who's one of five black kids in their school," Murphy told USA Today. "I wanted to give voices to people who don't have voices." With this mission in mind, Glee became an inspiration for viewers around the world to embrace their individuality, express their creativity, and be proud of who they are. 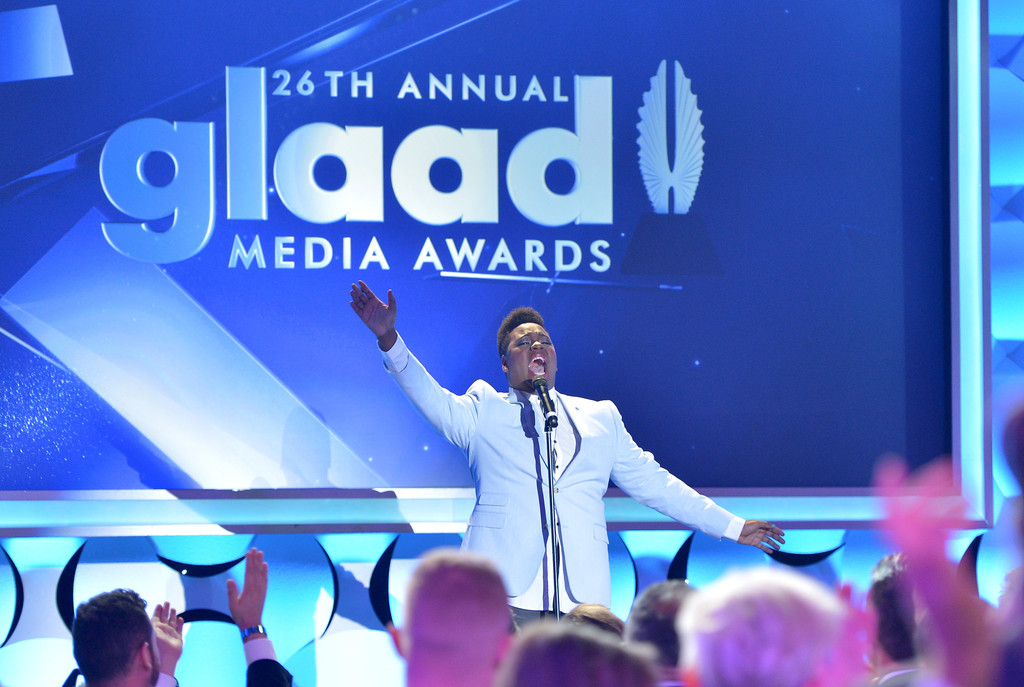