In recognition of his outstanding performance in 2015, the Major League Baseball Players Trust will provide a charitable contribution of $20,000 to the Wounded Warrior Project as personally selected by Bryant.

Last season, Bryant’s 26 home runs — including one that traveled a Wrigley Field record 467 feet — and 99 RBIs established rookie records for the Cubs. The 6-foot-5 infielder’s 5.9 WAR was eighth-best among position players in the NL and he had a .369 on-base average and a .488 slugging percentage. He helped the Cubs reach the postseason and earned a spot on the NL All-Star team.

Through the Players Trust, Major Leaguers contribute their time, money and celebrity to call attention to important causes affecting the needy and to help encourage others to get involved in their own communities.  2015 Players Choice Award winners in all categories will designate charities to receive grants totaling $260,000 from the Players Trust. Since 1992, the Players Trust has recognized the outstanding on-field and off-field performances of Players Choice Awards winners by contributing over $4 million to more than 250 charities around the world.

2015 Players Choice Awards winners were selected by players on Sept. 16, 2015 in league-wide balloting conducted under the supervision of accounting firm KPMG, and were announced in November on MLB Network and presented by MLB The Show. 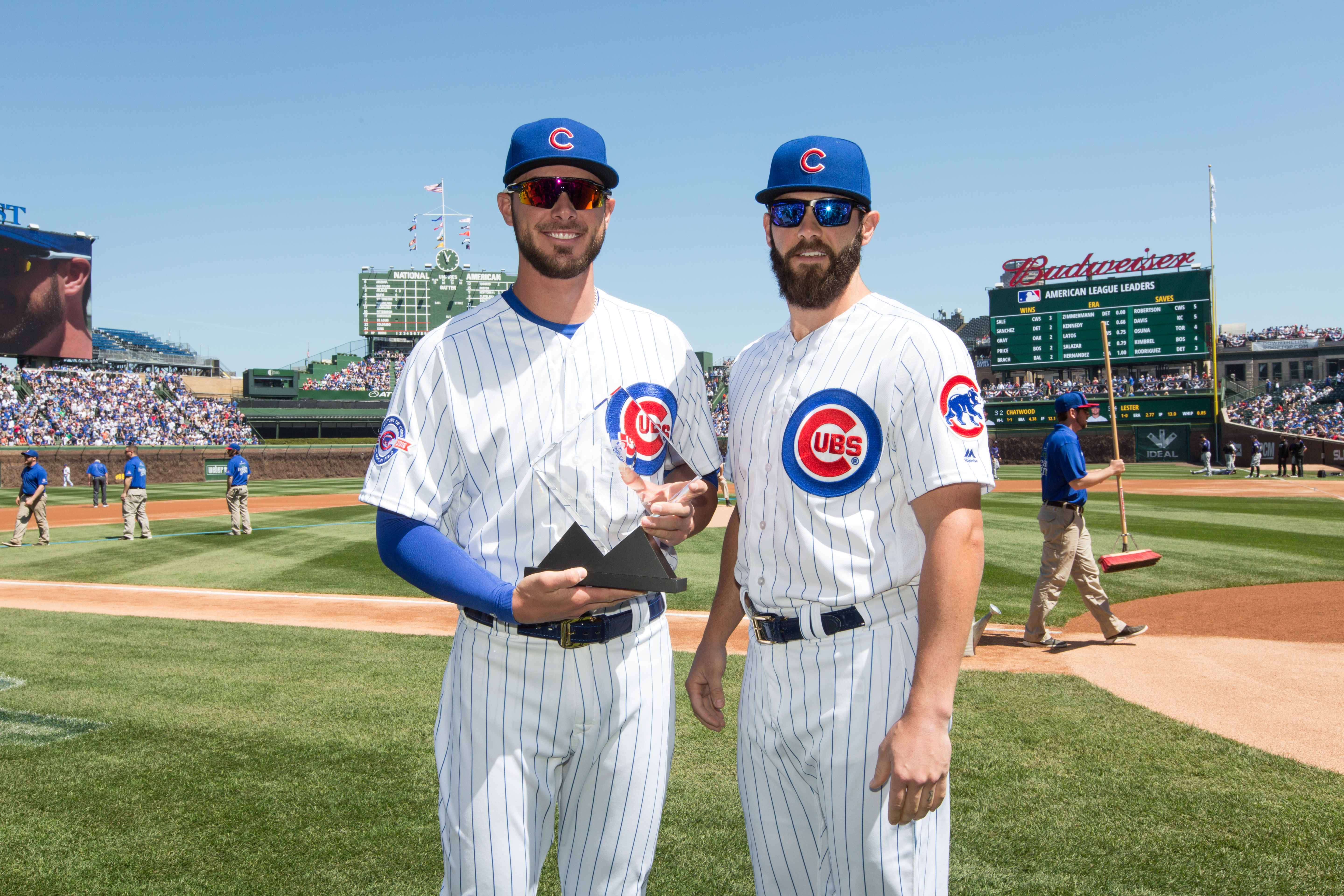